Bottle Up brings collectible, prefilled, reusable bottles to London and Amsterdam, with other major cities soon rolling out, to help reduce the plastic litter left behind by tourists.

Make no mistake, Amsterdam loves tourists. But the plastic waste they leave behind from water bottles, not so much. Frustrated by seeing single-use plastic bottles increasingly litter the streets and canals around their homes, three Amsterdam-based friends recently came up with a solution: They designed a prefilled, reusable water bottle for sale at supermarkets and c-stores that’s decorated in a way that makes it a collectible souvenir, too.

Described as a “global vision,” Bottle Up first launched the concept in the U.K., where it’s been reported that more than 7.7 billion single-use plastic water bottles are consumed every year, with such bottles making up half of the plastic waste in the Thames.

“While steps are being taken for plastic reduction in homes, the Dutch-based entrepreneurs want to take the fight one step further by actively encouraging and giving people on-the-go and tourists the opportunity to buy inexpensive, reusable bottles prefilled with water for the duration of their stay to avoid the ‘grab and go’ culture.” That’s from Braskem, which supplies Bottle Up with I’m green™ sugarcane-based polyethylene resin for the reusable containers, which makes the bottles carbon-neutral, as well.

Shares Bottle Up co-founder Andrew Eversden, he and his colleagues met Braskem at a trade show where they were able to learn about the bioplastic material and its benefits. “We also heard of positive experiences from other brand owners using I’m green from Braskem,” he adds.

Because sugarcane is a source of renewable carbon, Braskem reports that for every kilogram of I’m green PE used, around 5 kg of CO2 is saved. “We’re very happy that Bottle Up decided to use our I’m green polyethylene for their bottles and are contributing to developing a way to transition from a single-use solution to a multi-use solution as well as significantly reducing the carbon footprint of the product,” says Marco Jansen, Circular Economy & Sustainability Leader for Braskem Europe & Asia.

First launched in July 2020 in 438 WHSmith retail locations across the U.K., including train station, airport, and hospital locations, the 500-mL bottles are available in two options: one with the word “LONDON” embossed diagonally down the side, and one embossed with the word “WATER” in the same format. The former is available in either blue or red, while the latter is offered in pink or black.

Bottle Up adds that the removable label found on the bottle at retail is made from a mix of 80% bio-based calcium carbonate, derived from marble mining waste, and 20% recycled high-density polyethylene. “Marble-based labels give a paper-like material feel that is tear-resistant and waterproof,” says the company. “No trees, water, or bleach are used during the production process, and the material can be recycled in the conventional recycling stream.”

Also recyclable are the bottles themselves, at end of use, although Bottle Up hopes they will be refilled and reused “again and again and again.” Says the company, “You can reuse the bottle as often as you like. The bottle is BPA free and made to last if treated well.”

But the packaging for Bottle Up is just one part of the brand’s sustainable equation. The company also takes into consideration the environmental implications of water bottle distribution. According to Braskem, production and transportation of bottled water uses the equivalent of 160 million barrels of oil each year. To mitigate this impact, the Bottle Up London bottle is made in Wolverhampton, England, by a proprietary supplier and is filled with English spring water from Elmhurst spring in Staffordshire.

Taking its social mission even one step further, Bottle Up also donates 5 pence, or 6 cents, from every bottle sold to a charity that is working to ensure everyone can enjoy clean water, decent toilets, and safe hygiene. The first group the company is working with is charity: water.

Since being launched in the U.K., Bottle Up has also made its debut in the Netherlands, with the Amsterdam bottle, in orange. Currently, the bottles are available in more than 1,500 stores throughout the Netherlands and the U.K., with another 1,000 to be added this year.

Also shown on the Bottle Up site are 14 other bottles that are “coming soon” from major cities all over the world. Dubai, Boston, Cape Town, Ibiza, and Tokyo are just a few. Each one is a different color and uses a typeface representative of the city. In September, Eversden shared that the bottles were scheduled to be launched in these cities within the next couple of months. With their bright colors and city names, the containers are already being collected as souvenirs in the places where they are currently sold, he adds.

The drive to a more sustainable industry never rests. Learn the latest on the circular economy from Loop, see real-world examples of recycled packaging at work with brands like Annie’s Organic, Smithfield, and B&G, decide for yourself if syngas can be the solution recycling has been searching for, and much more. 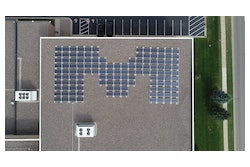 Meyers Commits to Carbon-free Electricity by End of 2021 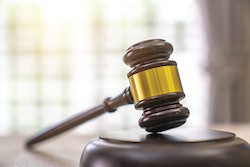 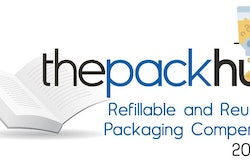 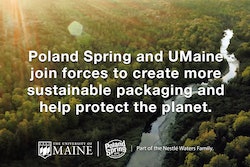