By both reducing waste and educating the public about the possibility of a circular economy, this brand and baseball partnership sends a hopeful message.

As pitchers and catchers report for spring training and opening day is around the corner, I heard about a unique partnership between Major League Baseball’s Milwaukee Brewers and S.C. Johnson, the Racine, Wis.-based maker of cleaning supplies and other household chemicals. The two have teamed up on a project that models for consumers what a circular economy might look like, and does so in a tangible, easy-to-visualize way.

One of the biggest sources of waste at the ballpark is the simple PET beer cup. And with the ballclub being appropriately named the Brewers, and the city being beer-loving Milwaukee, those cups can add up over a season—to the tune of 1.3 million cups in 2019.

Meanwhile, an ongoing issue for brand owners like S.C. Johnson looking to employ post-consumer materials, rPET specifically, is simply finding sufficient quantities of post-consumer PET. They hear loud and clear that consumers are looking for more sustainable containers for their products. But since Americans aren’t exactly recycling at the clip they could be, CPGs struggle to find cost effective and reliable sources for recycled materials like rPET. The economic balancing between push and pull, and creating a market for waste, is complex. But at least in this potentially instructive microcosm better known as Miller Park, waste surplus and material dearth will work hand in glove, creating a new direct market for the ballpark’s waste stream.

In 2020, Miller Park will sell beer in printed PET cups and encourage fans to dispose of the empties in designated recycling collection centers throughout the stadium. S.C. Johnson will then put that waste stream to good use by processing and reusing the material specifically for packaging a line of cleaning products.

A spokesperson from S.C. Johnson told Packaging World, “This is a unique partnership as it is the first time that stadium plastic will go directly into a brand. Every cup placed into a specially marked bin will be taken from Miller Park and recycled exclusively for the purpose of being transformed into our Scrubbing Bubbles Bottles. We follow these cups through each step in the process–from cleaning, drying, and flaking to pelletizing and bottle molding. The recycled PET resins go directly into the Scrubbing Bubbles Grime Fighter containers.”

There is, of course, an admirable, measurable waste-reducing impact to creating a market and eliminating one waste stream. But more important, the project illustrates to millions of ballpark-goers the potential of a circular economy in an unbroken loop: beer cup in, household cleaner bottle out. In doing so it recasts the perception of empty cups as a valuable source material instead of waste.

According to a release: “This is the first U.S. professional sports team to link a waste stream to a specific product, closing the recycling loop and tackling one of the biggest barriers to plastic recycling in the U.S. and globally – the lack of markets for recycled material. Today, only 13 percent of plastic packaging in the U.S. is recycled, and much of what is placed into mixed recycling bins is not recyclable at all.” Also notable here is the influence sports can have in effecting change in consumer perceptions. A couple of years ago, Packaging World reported on the recently crowned Super Bowl Champion Kansas City Chiefs’ compostable peanut bag. Signage throughout the stadium reinforced the significance of the bags and educated consumers on how to properly dispose of them.

Again the illustrative, educational component was perhaps more impactful than the good being done at the stadium itself.

“We all need to work together to help close the plastic recycling loop, and I hope this first-of-its-kind initiative with the Brewers will serve as a model for other major league teams, companies and even other sports leagues,” says Fisk Johnson, Chairman and CEO of S.C. Johnson. P 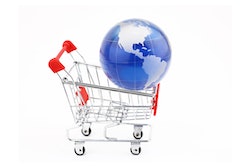 In-Store vs. Online Shopping: Which is More Eco-Friendly? 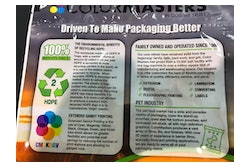 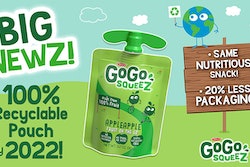