A qualitative analysis of bio-based plastics evaluates their environmental, health, and safety impacts through LCA information and plots them on an Avoid/Preferred spectrum.

Beginning with the assumption that “bio-based plastics appear to be more environmentally friendly materials than their petroleum-based counterparts when their origin and biodegradability are compared,” the 9-page study takes a qualitative approach to comparing a range of bio-plastic materials, “including all stages of their life cycles (cradle to grave) to assist in decision making about the selection of these materials.” In particular, the study evaluates which of the bio-based plastics currently on the market, or soon to be on the market, are preferable from an environmental, health, and safety perspective.

To analyze the materials, the study—conducted by the Work Environment Department and the Lowell Center for Sustainable Production, University of Massachusetts-Lowell—reviewed existing literature on their environmental, health, and safety impacts, using a Bioplastics Spectrum to visually summarize the data.

Defining and ranking bio-based plastics
One of the findings of the study was that “a consensus definition for a bio-based plastic does not exist,” adding that “a bio-based plastic is not necessarily a sustainable plastic; this depends on a variety of issues, including the source material, production process, and how the material is managed at the end of its useful life.”

The study provided a comparative analysis for the following materials: polyhydroxyalkanoates (PHAs); polylactic acid (PLA) and starch; bio-urethanes (BURs), cellulose, and polytrimethylene-terephthalate (PTT); proteins from corn and soy; and nano-biocomposites.

After the analysis and evaluation, the study concludes that “some bio-based plastics are preferable from a health and safety perspective and others are preferable from an environmental perspective.” It adds, “Although advances have been achieved, fully sustainable bio-based plastics with all the highly valued properties of conventional plastics for all types of products are not yet available.”

The resulting Bioplastics Spectrum places nano-biocomposites at the “Avoid” end of the spectrum, while PLA, starch, and PHA fall on the “Preferred” end. A table of the environmental and occupational heath and safety hazards of bio-based plastics indicates that nano-biocomposites (cellulose and lignin) use a process that has relatively high energy and water requirements, emits pollutants to air and water during the kraft process, and involves unknown potential toxicity issues related to incineration, composting, and recycling.

Regarding PHAs, PLA, and starch, the study says “although there are some occupational hazards in their production, these hazards were considered lower than that of the other bio-based materials.”

PLA supplier looks for balance
Upon publication of the study, the largest supplier of PLA, NatureWorks LLC, reached out to media to clarify what it saw as some of the weaknesses of the study, especially in relation to its evaluation of PLA. “We actually liked the report,” says Steve Davies, director of communications and public affairs for NatureWorks. “They delved into chemistry, which no one had done before. They just hadn’t fact-checked what’s going on right now.

“To be specific, some of the things that were noted for PLA production don’t apply to NatureWorks. To be fair, they weren’t reviewing NatureWorks, they were reviewing PLA. Our concern is that when people think of PLA, they think of NatureWorks, because we are still the lion’s share of the market.”

In its evaluation of PLA, the study notes, “During the industrial manufacturing of PLA, an organotin-based catalyst system (tin octanoate) is used in very low concentrations (100-1000 ppm) (Henton et al., 2005). Organotin compounds have showed neuro-toxic effects in animals and cytotoxic effects in humans and animals…” Says Davies, “We don’t use organotins.”

Another compound mentioned, 1-Octanol, said to be used as a catalyst in the PLA production process is described as “a volatile and combustible liquid that can be absorbed into the body by contact, inhalation, and by ingestion, causing irritation to the tissues.” To this, Davies responds, “Again, we don’t use it.”

As Davies notes, the authors were not privy to some proprietary information. As the study notes, “The limitations of this study are related to the commercial environment for the development of bio-based plastics. …Therefore many developments and innovations in the field are not made publicly available due to the research and commercial interests.”

Recommendations for future innovation
NatureWorks also noted that many of the recommendations listed at the end of the study are actions that the supplier industry is already working on. Among them, the study advises: “Use agricultural or industrial byproducts as feedstocks for bioplastics.” Says Davies, “There is a keen focus across the whole industry to move to cellulosic feedstock.”

Another recommendation is that the industry “use sustainable agricultural methods in growing crops for bioplastics.” According to Davies, this is something that NatureWorks has been implementing since 2004 in Europe, where it offers an alternative, non-GM sourcing program for its customers. In the U.S., upon Stonyfield Farm’s launch of its yogurt cups in NatureWorks’ Ingeo PLA, the company worked with an organization to support the growth of certified non-GM corn crops. Another similar initiative is underway in Europe with Danone Germany, which also uses PLA for its yogurt cups.

“I guess the good news is that they [the authors of the study] were spot-on with their recommendations,” says Davies.

Other recommendations in the study include:

• In consumption of bio-based plastics, educate consumers to change their attitudes

• Avoid using engineered nanoparticles until their risks are understood

• Reduce hazardous exposures to workers in the bioplastics industry

• At the end of life, work to put in place composting and recycling infrastructures 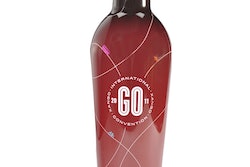 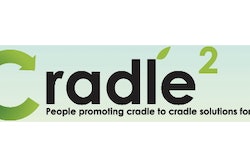 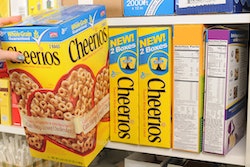