PMMI's Annual Meeting returned in-person in a big way after 2020’s event was forced to go completely virtual due to the pandemic, with Detroit hosting over 300 members from 146 member companies, including nearly 90 first-timers.

Sean Riley
The Purchasing Managers Index (PMI, in green) model, a leading indicator of packaging supplies like paperboard, expects prices to fall back to earth.

One of the highlights of every PMMI Annual Meeting is the economic forecast provided by ITR Economics. As he did before COVID shut down much of the globe, Alan Beaulieu, president of ITR Economics, remained highly optimistic about the U.S.’s near and long-term economic future, particularly as it pertains to packaging.

“Manufacturing in this nation is strong. It’s vibrant,” said Beaulieu. “We are going to see manufacturing continue to grow and forecast record levels of output in this country in about a year.”

He also gets that current inflation in the U.S. is jarring to businesses, particularly those made up of an increasingly younger workforce of Gen Z and Millennials. In his opinion, the U.S. has been fortunate to avoid the double-digit interest rates of the 1970s and 1980s, something Baby Boomers remember. A deep breath is in order.

“[Us baby boomers have] been there so many times, and we have survived each one,” he said. “Prices come down on the other side, and it’s just business as usual.”

He further pointed out myths around the supply chain and the bottlenecks with container ships at U.S. ports. Because of government stimulus and consumer spending, the supply chain issue is not a result of companies falling behind in the production of goods. Instead, consumers bought more and continue to buy more than they previously did. As the stimulus and unemployment checks dry up, the supply chain will stabilize.

“This is a demand problem, not a supply chain problem,” he explained. “As demand eases, you see the supply chain delivering more, then all of a sudden, the situation works its way out, and prices will reflect that [with lowering inflation].”

For now, packaging and processing companies need to take advantage of what he still feels are low-interest rates by investing in innovation and processes that drive efficiency. Internally, determine ways to combat supply chain issues by reshoring and embracing automation to handle the workforce issues. What he implores all companies not to do is spend cash on hand. Therefore, borrow right up until the interest rates begin to climb.

“Acquire as much as you can until your banker worries about you,” he said. “Save your cash for when interest rates are higher.”

Workforce issues will not let up based on his data for the simple reason that the biggest issue is an aging population. The best defense for packaging and processing companies, in addition to increasing automation, training, and apprenticeships: higher than traditional salary starting points for younger employees.

“The first thing that you want to do when you want to hire a Millennial is to make sure that you pay them well. Not just enough, but well,” Beaulieu explained, adding ITR has incorporated higher salaries into its own hiring practice. “You want to pay them well because they’re quickly going to jump ship for something else if not.”

He noted that not paying well to start creates a two-fold problem. The company still faces a workforce issue and needs to spend additional capital on starting all over with training and onboarding a new employee. 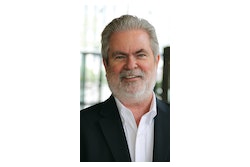 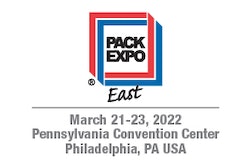 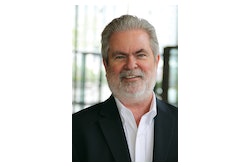