The Complexity of Modern Medicine In a Third World Country

Michelle Maskaly
Geoffrey Glauser poses with officials from the College of Medical and Health Sciences and an Arktek container.

Michelle: First, tell us a little about what you do with the Health and Human Services Department.

Geoff: Currently I am a subject matter expert in support of the Manufacturing, Facilities, and Engineering Division of the Biomedical Advancement Research Development Authority in the Office of the Assistant Secretary for Preparedness and Response within Health and Human Services.

Michelle: You recently spend time in Sierra Leone working on a clinical trial for an Ebola vaccine. Give us an overview of how that came about.

Geoff: In November 2014, near the height of the Ebola outbreak in West Africa, BARDA was asked to assist the Centers for Disease Control and Prevention in organizing the Sierra Leone Trial to Introduce a Vaccine against Ebola.

The CDC teamed with the Sierra Leone College of Medical and Health Sciences and the Ministry of Health in Sierra Leone to establish the trial that would be the first clinical trial in the country’s history. CDC requested guidance from BARDA on the handling of an early-stage Ebola vaccine that required storage between -60˚C and -80˚C. In the past, products that required such temperatures would be further developed to be more temperature stable.

For this epidemic, there was no luxury of time, so a decision was made based upon positive results in early stage testing to proceed as quickly as possible to test the vaccine in health care workers in Sierra Leone.To my knowledge, this was the first time a -80˚C vaccine has been taken to a human clinical trial level, let alone in a West African setting, in a country that had never performed a clinical trial previously, and had limited infrastructure.

The handling of this heat labile vaccine would need to be developed quickly and securely in order to have the potential for establishing whether it worked. A few BARDA team members were loaned to the core CDC team on the ground in Sierra Leone to assist with the STRIVE study. Having had experience in clinical trial logistics as well as significant time is cold chain operations, I felt that contributing to this timely effort could potentially save many lives.

Shortly after the start of the vaccine clinical trial effort, the National Institutes of Health was starting a clinical trial for an Ebola therapeutic monoclonal antibody -20˚C product in Liberia, Sierra Leone and Guinea. Since I already was in-country in February 2015, and BARDA was heavily involved with the manufacturer and development of the product, I also was asked to assist with the logistics of that clinical study, which is still underway.

Interestingly, the Sierra Leone Central Depot team was exposed to -80˚C, -20˚C and 2-8˚C products all at once in their immersion into critical product cold chain handling.

Michelle: Conducting a clinical trial in a place that has no running water or electric is to say the least difficult. What were some of the challenges?

Geoff: Consistent electrical power was the greatest challenge in planning out the temperature-secure storage and handling of the vaccine, as both primary and backup generators were utilized at all three vaccine sites in-country.

During the trial, electrical infrastructure was upgraded to include automatic power transfer switches at each of the sites, with modest success, to lower the risk of temperatures exceeding -60˚C.We were fortunate that the systems established were such that even as the clinical study concludes, no vaccine was lost over the course of eight months of handling despite numerous losses of power to the -80˚C freezers.

Also significant was the fact that there was no dry ice available in-country. There was no storage fallback position. So the CDC / BARDA team needed to rely on the generators and the efficient handling of vials. -80˚C single-does vials can thaw in a matter of 12-15 minutes at controlled room temperatures (20-25˚C).

Potable water was brought into the vaccine dilution laboratory each morning to use in the vaccine vial bath immediately prior to dispensing into syringes.

I should say that the teams that I worked with were outstanding. More than 500 local healthcare workers were trained and incorporated into the clinical team.Uniformly they were incredibly energetic about doing what they could to limit the spread of Ebola disease and were easy to work with in rolling out the study.

The pharmacists and logisticians with whom I worked were particularly committed to the mission and performed in an outstanding manner. Of note as well was the support of the U.S. Embassy in Sierra Leone, which was instrumental in ground logistics for the vaccine.

Michelle: I know some very innovative packaging was used to transport the vaccines. Tell us about that.

Geoff: Intellectual Ventures, based in Bellevue, Wash., had spent significant time and effort in developing an insulated container, Arktek, that had proved to be effective in transporting up to 240 vials of vaccine at 0-8˚C utilizing passive cooling.

Qualifications of the Arktek unit proved that it could handle up to one month in a sub-Saharan temperature testing profile successfully. The Arktek utilized insulating technology developed for space exploration. This level of insulation had never been accomplished previously in the pharmaceutical cold chain.

They quickly adapted the Arktek for -78˚C using a specially formulated phase change liquid that froze at -80˚C.Qualification testing showed that it could hold an internal temperature of below -76˚C for up to six days with that same temperature profile.It was immediately put into use in both Sierra Leone and Guinea to transport Ebola vaccines.

Michelle: The supply chain was also challenging. How did the team keep the vaccine at the correct temperatures, and make sure it got transported correctly from place-to-place?

Because the vaccine vials had been filled at a higher concentration than would be used in the clinical trial, they then needed to be diluted at each laboratory to the proper concentration and aliquoted into pre-filled syringes. At that time they would be good for up to 24 hours for administration.

Timelines were very tight.If the vaccine was not used within that timeframe, it was discarded, which no one wanted to see happen.The dispensing pharmacists quickly became adept at the dilution process and accompanied the syringes the final few miles to the hospitals in which the study was conducted.

Nurses administered the vaccine in accordance with the clinical protocol. The trial moved along so successfully because the process was well-planned and the training was effectively conducted.

Michelle: How long was the trial, how did it work and what were the results?

Geoff: The vaccination portion of the study was completed in December 2015. However, clinical follow-up and data coordination will continue well into 2016.

It is hoped that the combination of clinical trials held in Sierra Leone, Guinea, Liberia and a few other countries will yield successful results. Published preliminary results from a separate study in Guinea using the same vaccine are encouraging.

It is amazing that a process that typically takes up to five years can be accomplished in less than one year when lives are at stake and every organization is focused on moving as quickly as possible.

Michelle: Traveling to a foreign country going through such an issue like Ebola must have been a very interesting experience both personally and professionally. What were some of the lessons you walked away with?

Geoff: First, the people of Sierra Leone were welcoming, supportive and very friendly. I’ll certainly remember fondly the relationships I developed. Next, the public health controls for the Ebola outbreak were significant.

Billboard and posters plastered public roads and buildings. Hand washing stations with chlorinated water were everywhere; stores, hotels, regular road blockades and in outbreak areas, for pedestrians.Infrared thermometers were used at those locations to test for fever, the first sign of Ebola disease.

The traffic is…ahem….risky. There are no traffic lights and few, if any stop signs in the entire country. So it is driving “anarchy.” There are numerous small motorcycles, a handful of bicycles and lots of pedestrians.

Vendors are everywhere hawking their wares. Food wise, for me, the bananas, mangos, cashews and barracuda were my favorite local comestibles.

Michelle: How will what you learned about packaging and logistics during this experience help future developments in the field?

Geoff: My better understanding of the real-world application of heat transfer and insulation properties stands out, as I have better understood the potential for even greater levels of thermal control that are possible in transporting heat labile products.

Logistical planning focus cannot be emphasized enough. Despite significant evaluation of risks in anticipating the logistics of this study, I now know that there were many more things that could have been done in advance to protect the product, particularly in the areas of stability of electrical power, and communication of temperature monitoring of the freezers.There was limited capability for internet and cell phone communication, so there needed to be backup of backup solutions put into place after-the-fact in order to protect the product.

Michelle: What do you want people to know about this trial, and the work, as well as innovation that went into it?

Geoff: The tremendous commitment of all of the individuals and organizations was paramount for success.The CDC, BARDA, COMAHS, the Sierra Leone MoH, the U.S. Embassy in Sierra Leone, the WHO and, of course, the more than 500 local health care workers on the STRIVE team, all supported each other for a successful rollout of the trial.

And, considering that this was a first for many of the organizations, it was a life-changing event for all.

I look forward to reading the journal articles to be published about the clinical results of the trial. This trial will provide us with important safety and immunogenicity data that I hope will position us to respond more quickly to future Ebola infections and outbreaks. 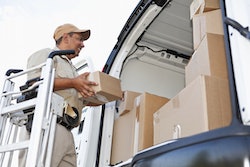 Trucking: The barometer of the U.S. economy? 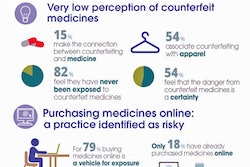