A perspective on DQSA, preemption, and pedigree

Now that DQSA is law, any previous investments to meet California pedigree law can be repurposed to meet the new federal law.

On November 27, 2013 President Barack Obama signed into law H.R. 3204, the pre-adoption Congressional bill designation for what is now known as the Drug Quality and Security Act of 2013 (DQSA). DQSA has many provisions, but one is to preempt all existing and future state pharmaceutical serialization and pedigree laws like those that previously existed in California and Florida.

Because of the preemption language contained within the DQSA, the information contained within some of my previous RxTrace columns is now obsolete—some completely, some only partially. This is because many of these columns contain ideas and discussion about topics that will also apply to the new federal law in almost the same way that they applied to the California and/or other state laws that are now inoperative. In those cases, the ideas and discussion are not obsolete, only their application to the state law(s) is now obsolete.

So, what does it mean?

A Wikipedia article on “Federal Preemption” defines two different types of federal preemption of state laws: Express and Implied. Express preemption occurs when a new federal law includes explicit language that the intent of Congress is that certain state laws are preempted. Implied preemption occurs by default through the Supremacy Clause of the U.S. Constitution whenever state and federal law appear to conflict.

For some issues, including those related to federal laws dealing with racial segregation, the Supremacy Clause has been the subject of disagreement over the limits of federal power balanced with the rights of states to govern their citizens. One of the disagreements over states rights was acted out in the U.S. Civil War.

In the case of federal preemption of state pharmaceutical serialization and pedigree laws, I don’t think there will be any big disagreements considering that one of the roles assigned to the U.S. federal government in the U.S. Constitution is “To regulate commerce with foreign Nations, and among the several States, and with the Indian Tribes.“

Who could argue that the U.S. pharmaceutical supply chain is not interstate and international commerce? In fact, I am confident that the state governments that previously had pharmaceutical serialization and/or pedigree laws are now happy that their laws have been replaced by a uniform federal law, even though the new federal law may not be as strict as their state law might have been.

Is it a done-deal then?

Most people in industry are happy about that, too. But all it takes is one person who believes he or she has been harmed unfairly by the new federal law, or its implementation, for a court case to develop that could delay its implementation.

In some ways, that’s what happened with the Prescription Drug Marketing Act of 1987 (PDMA), the previous attempt by Congress to impose a federal pharmaceutical supply chain pedigree law. It finally became operational in December 2006 after quite a few delays only to be challenged in court by RxUSA, a small wholesale distributor, a few days later.

That case never actually resolved the question of fairness raised in the original filing, but it did cause the FDA to back away from enforcing the parts of the law that were challenged. Those parts are still not enforced today as a result.

Could the implementation of the DQSA be delayed, partially or even completely blocked by a lawsuit?  Of course (this is the USA after all!), but don’t count on it.

And while we’re talking about the PDMA, the DQSA also preempts that law, but not until January 1, 2015 when it’s lawsuit-crippled provisions are replaced by the provisions of the DQSA that are due to go into effect on that same day.

Preemption is one of the most important elements of the DQSA. Fortunately, most, if not all, of the investments companies have made so far to meet the California state pedigree law can be repurposed to meet the new federal law that replaces it. Only this time, it’s nationwide, not just California.

Dirk Rodgers, who contributed to Healthcare Packaging’s Pharmaceutical Serialization Playbook, is an independent consultant and founder of RxTrace. He has contributed to many industry groups that have been formed over the last 10 years to investigate solutions to the problem of counterfeit and other illegitimate drugs in the legitimate supply chain. He served as co-chair of a number of key technical work groups in GS1 and GS1 US. These include the original GS1 EPCglobal Drug Pedigree Messaging work group that created the DPMS pedigree standard, the Network Centric ePedigree (NCeP) work group, and the RFID Barcode Interoperability Guideline work group. Rodgers holds a BS in Electrical and Computer Engineering from the University of Wisconsin-Madison. ‘RxTrace’ is copyrighted by Dirk Rodgers Consulting, LLC—all right reserved. 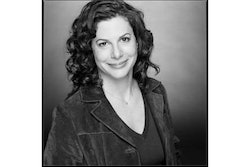 Your Top 10 Healthcare Packaging stories from 2013 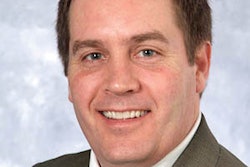 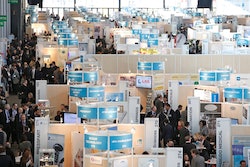