Matt Reynolds
The updated layout in this fulfillment center keeps gravity fed cases moving smoothly through picking station, around elbows, and down to taping and palletizing.

Founded in Germany in 1935, schleich® is a manufacturer of realistic toy figurines and playsets that has grown into an internationally known brand. Recently, with help from Crown Packaging Corp., a supplier of industrial packaging solutions, the brand has made great strides in boosting efficiency to their packaging process.

Schleich’s toy figurines are manufactured in Europe and packed there into single-SKU primary packaging consisting of printed cartons or individual corrugated cases. Primary packs are then bulk packed into larger shipping containers that are sent to fulfillment center-style facilities around the globe for more locally tailored distribution to retailers, e-tailers, and specialty toy shops.

One such facility is the headquarters of schleich North America based in Charlotte, N.C. In this fulfillment center, shipping containers from Europe and Asia are received at loading docks and allocated to one of two departments: B2B Repack or B2B pick and pack. A manual, operator-dependent unboxing process then begins in each respective department, where individual SKUs are repacked for local shipping to U.S. and Canadian markets.

The B2B Repack department routes larger quantities of higher-volume SKUs to major retailers, often repacking or reworking whole pallets of a single item at a time to more manageable distribution sizes. Adapting to the needs of different mass retailers, this might mean repacking a 30-count of a single SKU in a corrugated shipper with a single UPC code so the shipper doesn’t know what is inside the box. Automated case erecting and case closing bookends the manual line here since there is little to no variability on order size.

The B2B pick and pack department, on the other hand, is a high-mix, lower-volume environment. Operators (called pickers) there fulfill highly customized orders that are destined for independent toy stores or specialized e-commerce fulfillment. Every one of the company’s 3,000 SKUs are organized through a dedicated rack locations in a racking system found only in the B2B pick and pack department.

In the B2B pick and pack department, shippers—corrugated cases in a legacy small size or a new large size—are hand-erected by the picker and associated with a specific shipping label and packing slip before being placed by conveyance ahead of the racks. Pickers scan each shipping label with hand-held devices that direct them to the appropriate locations in the racks to retrieve each item that the order calls for.

This process is extremely streamlined with a constant flow between the pickers and conveyance working together in harmony, which was (and is) the backbone of the B2B pick and pack department’s repacking operation. New shippers are erected and placed on conveyance, picking and filling snakes around and alongside four consecutive lanes of racks, and fulfilled orders leave the picking zone to head to the shipping department, where packing slips are added and box closing occurs.

“When you have an operation that is determined to work with flow, the operation shuts down without it,” says Terrell Jones, Operations Team Lead at the Charlotte facility. “While it worked initially, our company is growing quickly. And over the last two years, business has skyrocketed. For our operations to keep up with the increased demand, we had to make some necessary adjustments to the operations in the B2B pick and pack department. Not only did we need to figure out ways to increase throughput and efficiency, but we needed to figure out an improved way to get products to our customers in a timely manner.”

Jones and his operations team saw an opportunity to increase throughput of the conveyance by expanding and reconfiguring the B2B pick and pack department’s material handling system, which consisted of gravity conveyors used to move the shippers on wheels or rollers. Jones recognized that this would result in exactly what he needed: to get more operators onto the conveyor line in the B2B pick and pack department and keep shippers moving smoothly. But that wasn’t possible in the existing configuration of conveyance and material handling systems.

“When the company moved from Canada to Charlotte, a lot of equipment was moved as well. In order to repurpose as much as possible, we utilized the same conveyor belt among other items when we redesigned the B2B pick and pack department,” Jones says. “To add complexity, our boxes have increased in size as the business continues to grow, so the belt was no longer large enough causing bottlenecks during the operation.”

The company kicked off the project by moving its original conveyors into different positions to gain more floor space. The new configuration gave them space to consider implementing newer, wider conveyors that could accommodate the larger corrugated cases. Operators also discovered they needed someone with enough expertise to help them develop, implement, and test the upgraded system to make sure it operated at peak performance.

One of schleich’s vendors recommended Crown Packaging Corp., a supplier of industrial packaging solutions, who ultimately was able to do the job efficiently and within the allotted budget. Jones and one of Crown’s packaging specialists, Ben O’Morrow, worked together to develop a turnkey solution for schleich, bundling the conveyance equipment, installation, and support.

Crown Packaging’s automation experts worked with the schleich® team to assess its needs and determine the best additional equipment for their application, which included 160 ft. of gravity conveyors and conveyor guards. Once the equipment and staff were assembled, finding the best time for the rollout was the next challenge. It was critical to minimize the impact on production during the equipment installation. The stakeholders agreed to do a full teardown and implementation over a weekend, allowing schleich to entirely avoid downtime and keep its business running without disruption.

As mentioned previously, what the B2B pick and pack department needed was two-fold: more pickers on the line, and capable conveyance that wouldn’t create box jams or create bottlenecks. Previously, the arrangement could only accommodate four pickers. Now, as many as 10 can comfortably pick and pack variable-SKU orders, thanks to the new line configuration.

The new line is shaped “like the big dipper,” or as an incomplete “S” shape, accommodating four straight lanes of racked product with each rack stacked four high (see figure A). The first lane contains the largest items, mostly playsets, which can then be placed into the shippers as cleanly and neatly as possible. The remaining lanes consist of smaller 5-packs of individual toy figurines, like five cows, five dinosaurs, or five whales. These smaller items are placed on top of the larger playsets.

“We don’t want the pickers stacking a larger, heavy product on top of a box that’s already filled with small figurines,” Jones explains.

Another improvement was made in reducing the total number of rollers. schleich® already had some existing equipment that it wanted to get the most out of, but spacing the rollers farther apart would make it roll better, and do so for less money since it would require fewer rollers.

“The space between the rollers when we were brought in was maybe a half an inch between edge to edge, which makes the conveyor heavier,” shares O’Morrow. “That actually makes it harder to roll boxes, especially if they're lighter boxes. When we took over, we wanted to match what was done prior because it made sense and worked as far as the rolling. By simply adjusting the spacing between these rollers to somewhere around three inches, compared to a half inch, significantly improved the flow.”

A final major improvement to the B2B pick and pack department’s conveyance comes at the end of the picking processes, where schleich needed to divert packed and taped shippers into separate lanes based on destination.

“We needed a way to separate our U.S. shipments from our Canadian shipments,” Jones says. “Before, we had a heavily manual system in place in which pickers had to physically carry boxes to different conveyors. Crown Packaging was able to design and create a system where the picker needs to only slide the box into the appropriate lane between U.S. and Canadian parcel shipments. The flow and the throughput work great.”

With the new system in place, the positive impact on productivity at schleich’s Charlotte factory was immediate—Jones and his team increased efficiency, eliminated issues with box jams, and accelerated production.

The success at the Charlotte location has been recognized across the company, including by its global headquarters. schleich’s senior management took notice and remarked about the great efficiency gain that the system upgrade will provide.

In addition to the productivity boost, Crown Packaging Corp. was also able to help cut costs. Even with the enhanced level of support, Crown Packaging was able to provide equipment, quickly install it, and optimize the system for less than the purchase of new conveyors alone through their previous vendor. This allowed schleich to keep material handling equipment expenses low so they can invest those funds in other areas of the business, like their growing e-commerce line.

Following the success of the conveyance upgrade initiative, schleich is planning additional projects with Crown Packaging, including more systems optimization. The company is currently developing an automated solution with case erectors and sealers to maximize the efficiency of schleich’s main production line.

“We’re looking forward to working with Crown Packaging again,” Jones concludes. “As our business continues to expand, we're always brainstorming on new ways to improve efficiencies and throughput in our B2B pick and pack department. The upgrades and the efficiencies we gained with the new conveyor belt and setup are just the start. The business is just roaring right now, and it’s going to be a non-stop improvement process to match the demand.” PW 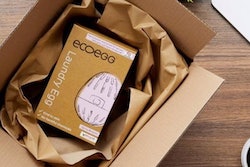 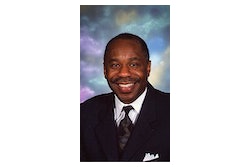 Examining the Intricacies of Containerized Cargo 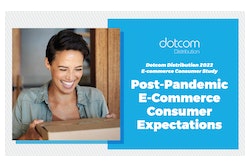 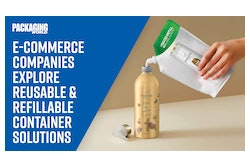