The September 12 Evolution of Excellence conference was organized as a way of exploring supply chain collaboration in a disruptive retail and e-commerce environment. Here are two highlights.

As in years past, Frain Integration and the Contract Packaging Association once again convened a day-long industry summit that brought together brand owners, suppliers, and contract packagers to discuss challenges and opportunities in an increasingly divergent marketplace.

The opening keynoter was Jeff Kaiden, CEO of a 3PL company called Capacity LLC. A major theme of his remarks is that yes, Consumer Packaged Goods companies should redouble their efforts where selling through e-commerce is concerned. But he urges CPGs to look seriously and creatively at taking a more direct-to-consumer path than the path that many have taken so far, which is simply to reach e-commerce customers through Amazon.

Kaiden is the first to admit that opting for an e-commerce channel other than Amazon, who practically invented e-commerce as we know it today, is not without its challenges. They own the space, and they’re tough. But they’re not invincible. In fact, they currently are faced with significant hurdles of their own due to an ongoing labor shortage and their need for more warehousing space.

Perhaps the biggest drawback of going through Amazon, said Kaiden, is that “Amazon gets the margin, not the CPG. CPGs sell to Amazon at wholesale price. But when they sell direct to consumers, they receive the retail price.”

That’s why he urges CPG companies to take a more direct-to-consumer approach. “CPGs should put up their own Web site where consumers can find their products and then engage with a third-party logistics firm to handle fulfillment,” said Kaiden. “Start with products that are most likely to be financially self-maintaining as e-commerce winners. In other words, think small and expensive.”

In addition to improved margins, benefits to CPGs from a more direct approach to consumers include these:

• More opportunities for sampling, both targeted and untargeted

Attendees at the Frain conference were impressed by the portion of Kaiden’s presentation where he showed the level of automation his own 3PL firm, Capacity, has been able to bring to an e-commerce order fulfillment process. “Lighted-batch-cart” picking and “put-to-light” packaging technologies—where clever use of lighting helps pickers and placers visualize where items need to come from and where they need to go—have greatly reduced the amount of time required for Capacity employees to fulfill orders. These automation aids are what enable one person at a Capacity fulfillment center to perform as many as 900 picks/hr.

The all-important task of order transportation—which can be messy, labor intensive, and chaotic at peak seasons like the Christmas holidays—have also been greatly improved. Kaiden showed video of order transportation options that were nothing short of dazzling. The only problem is that they cost far too much for anyone other than Amazon. So Capacity designed and built an order transportation system costing one-tenth of what it would cost to accomplish similar volumes with accumulation conveyor systems. Borrowed more or less from the kind of order transportation systems prevalent in the garment industry, it essentially consists of fabric shelves that hang from a rail. On these shelves cartons or cases of items ready to be shipped are vertically stacked. This makes it easy for supervisors to see how many items are in transportation at any given time and to immediately deploy operators accordingly. Operators can easily push these fabric shelves along the rails from which they’re suspended.

Showing great potential for even more efficiency are collaborative robot applications now being explored by Capacity, chiefly in the area of some remarkable end-of-arm tooling designed by RightHand Robotics. These technologies will address the issue of employee boredom that inevitably rears its ugly head in any order-fulfillment operation. Kaiden also showed video of smart vision technology that obviates the need for bar codes and makes it possible to scan multiple items simultaneously thanks to item recognition algorithms originally developed for Israeli missiles.

Berner Foods case history
Also on the conference program was a presentation by David Eggleston, President of Frain Integration, and Mike Cozad, General Manager of Technical Services at Frain. They described a project at Berner Foods of Dakota, IL, a contract packager of shelf-stable dips, sauces, aerosol cheese, milk-based ready-to-drink coffee, and functional beverages. Cozad was a Berner Foods employee when the project unfolded who since has become a Frain employee.

The problem Berner faced was on a liquid filling line where both cans and bottles in seven different sizes were being filled, each on a separate filling machine, and then fed to a common tray-pack and shrink wrap operation. “Our data collection system showed way too many micro-stops at the drop packer,” says Cozad. “It wasn’t always necessarily the drop packer’s fault. Tray erecting and shrink wrapping of filled trays were both being handled by separate machines, so a problem with any one of the three could have been the cause of a micro-stop. But suffice it to say that because we had so many end-of-line stoppages, we rarely ran the upstream filling machines anywhere near capacity. In fact, our Overall Equipment Efficiency (OEE) was in the range of 20%.”

When Cozad presented this situation to Frain, he emphasized that, because a brand new line had just been installed at Berner, money to fix the end-of-line tray-packing problem was virtually non-existent. But because Frain specializes in used equipment and is accustomed to various lease or lease-to-buy arrangements, Berner was able to lease a continuous-motion system made by Arpac that performs all three tasks—tray erection, tray loading, tray shrink wrapping—previously handled by three separate pieces of equipment. Also crucial, said Cozad, is that the machine was in Frain’s inventory, so wait time was minimal.

“In my experience, it’s 18 to 24 months before new equipment is in and running,” says Cozad. “Between the flexibility in financing and the speed with which the equipment was installed, Frain was definitely the way to go.”

As for the seven can sizes and the different container counts in trays, the Arpac machine handles them smoothly.

“Whether it’s a 12-, 15-, or 18-count, the machine knows, based on pre-loaded recipes accessed through the HMI, how to handle the containers coming in,” says Cozad. “The filled tray then goes into the film overwrapping station and finally into the shrink tunnel.”

By dramatically reducing the problematic micro-stops at the end of the line, the front-end fillers are able to run far more efficiently. In fact, says Cozad, OEE went from 20% to 57%. Labor costs have also been reduced because the Arpac system is three machines in one and doesn’t need the kind of hands-on fixing required by the three machines it replaced.

One final aspect of the project that Cozad said he found extremely helpful revolved around what he called “Progress FATs.” Cozad explains. “I wanted my mechanics to have an opportunity to come in and see the machine periodically as it was being readied for shipment. That way they’d have a better understanding of how to keep it running smoothly into the future.” 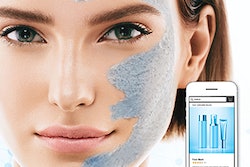 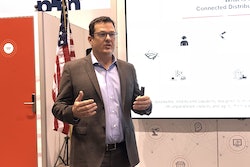