KDC (Knowlton Development Corp.) earned top honors along with seven others, including packaging and logistics firms, as part of its 2013 External Business Partner Summit.

For the fourth time in 2013, Procter & Gamble Company this call honored co-packer KDC Inc., Toronto, with a supplier excellence award.  The Excellence Award was given to 36 companies among more than 82,000 suppliers and recognizes consistent high performance in service, operation, innovation and competitiveness, generating growth and value creation.

P&G announced the award winners on October 28,during its External Business Partner Summit, which brings together leaders from P&G and about 400 of P&G’s most strategic external business partners for, the company says, "two days of planning and recognition." Those 400 are, in turn, among P&G’s more than 75,000 suppliers and agencies.

KDC was one of eight received the highest honor of being named “Business Partner of the Year.” The company win for P&G's health and beauty category--fitting for a contract services provider serving "most of teh world's leading health and beauty care brands," Duncan Coopland, vice president of sales, told Contract Packaging. As for the future, Coopland said the company is "perpetually looking forward to business in new categories, new technologies, new capabilities, new partnerships and new geographical locations," which could come as the North American-based company's service to a "handful" of customers outside the continent earns KDC a successful track record.

Speaking at the event, A.G. Lafley, P&G’s chairman. president and CEO said, “For P&G, the primary drivers of growth and value creation are innovation and productivity. P&G’s external business partners help us deliver both, creating value for consumers, customers and shareholders alike.”

Rick Hughes, chief purchasing officer, also congratulated the winners, adding that the "entire P&G organization is focused on our top business priorities, and that includes our external business partners who help us innovate, operate more efficiently and win in market." He addressed his congratulations to Business Partner honorees as well as 73 additional external partners representing about 0.1% of P&G's global supplier base, who earned Excellence Awards for their consistently high results as part of P&G performance management system.

Separately, KDC has restructured and shored-up the corporate identity across its four manufacutring/packaging facilities: KDC|Knowlton (formerly LEK Inc., based in Knowlton, Quebec); KDC|Toronto (formerly Body Blue Inc.); KDC|Lynchburg (formerly TTL, based in Virginia); and KDC|Columbus (which began operations in Ohio in recent months). 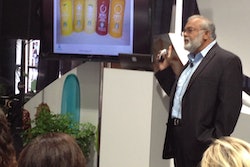 Did you know you're eating HPP-processed foods? 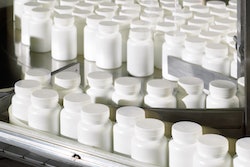 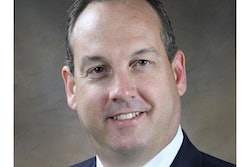 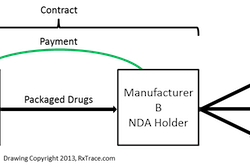 Working with CMOs under California e-pedigree