Serialization and track and trace

Pharmapack workshop on serialization reinforces challenges, draws some distinctions between Europe and the U.S.

As mentioned in Day one coverage of Pharmapack Europe, the second day of the conference was also dominated by suppliers. Most presentations were 15 minutes. However, a 90-minute workshop on serialization conducted by Optel Vision went into much more depth.

Some highlights from Pharmapack Europe’s second day include the following:

• Jean-Pierre Allard began the session by polling the crowd, asking them to categorize their level of involvement. Very few were just starting out on the serialization journey, and a handful considered themselves “experts” on the topic. The vast majority placed themselves in the intermediate category.

• Serialization is the assignment and application of a unique verifiable product identifier to an individual pack. (There was some dispute here to what level, but most accept it is the smallest saleable unit).

• One point of confusion is there are different mediums available and different countries are selecting between a 1D bar code, a 2D bar code, a human-readable code, and an RFID tag (mostly applied at the pallet level due to continued cost issues).

• Aggregation is a key concept—six cartons bundled (children) placed in a case (parent), 12 cases on a pallet, etc. Aggregation defines the relationship between the parent and child allowing the receiver of the product to scan one code and understand exactly what is in the whole shipment—every case, bundle, or individual carton.

• IT must be serial number provider, even to Contract Manufacturing Organizations or Contract Packaging Organizations and other plants. Electronic Product Code Information Service (EPCIS) standards allow all vendors to communicate the information to partners in the supply chain.

• If a serial number appears twice in your database, you’ve got a problem, launch an investigation.

• e-pedigree in the U.S. will help authorities trace every “owner” of the product through the chain. In Europe, they will only track from origin of manufacturer to ultimate end user (pharmacist, hospital, etc.). It’s not as thorough, but still will reveal a problem and it can be investigated.

• Serialization in EU is used primarily to combat counterfeits and reimbursement fraud.

• Bottles present a very particular problem requiring 360-degree cameras to scan, and for aggregation a temporary code must be placed somewhere that corresponds to a serial number. This tracking code will help the packager capture all bottles packed in a bundle or case.

Optel has made the entire Pharmapack workshop available online at:

Jean-Pierre Allard will again be presenting this workshop in New York City during the April 23-25 Interphex. 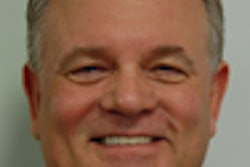 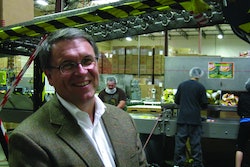 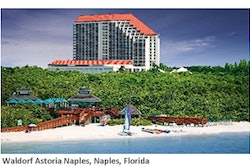