By the time most of you receive this issue, I’ll be pounding the aisles of Messe Düsseldorf in search of all the new things that interpack has to offer.

Chilled ready meals looks to be a category that is heating up, and it could get a big boost from microwave pasteurization technologies that extend refrigerated shelf life out to 30 days without the use of preservatives and without sacrificing taste, nutritional value, or texture.

I’ll be making a side trip to the Netherlands just before interpack to see one of these microwave pasteurization systems in action. It’s at Roem van Yerseke B.V., part of the Roem Group, which is Europe’s largest shellfish processing organization. Mussels, oysters, and shrimp are their specialty. The Yerseke plant I’m going to visit is in the Southwest part of the Netherlands, home of an estuary known as the Oosterschelde, one of the most nutritious and pure water sources that can be found in Europe.

The MicroPast technology used by the Roem Group is designed for precooked food. It includes a post-pasteurization perforation of the tray’s lidstock so that gases can be backflushed into the tray. Thus, the finished package is an example of Modified Atmosphere Packaging, or MAP. A different approach is taken by Lantmannen Gooh of Sweden, where MicVac technology is being used. Like the Roem Group, Lantmannen Gooh sends tray-packed food through microwave pasteurization. But the protein component—salmon, chicken, beef, pork—is raw. Cooking takes place in the microwave pasteurization chamber. Also, the finished pack is a vacuum pack as opposed to the backflushed MAP package favored by the Roem Group. You can read about the Lantmannen Gooh application in our June issue and Roem Group in July.

Another technology poised to give microwave pasteurization a run for its money is High-Pressure Pasteurization, or HPP. Multivac will use the interpack stage to unveil a concept for integrating HPP and packaging. This marks the first time, says Multivac, that large, industrial-scale production quantities can be processed by HPP in a “quasi-continuous” operation. Until now, HPP has typically been done in a manufacturing stage quite separate from packaging.

A CHANGE IN LEADERSHIP

Watching the Chicago Bulls the other night, it was fun seeing rookie coach Tom Thibodeau working the referees as he paced the sidelines. “Tibs” comes to Chicago by way of the Boston Celtics, where coach Doc Rivers is a master at making sure the refs are constantly aware of his thoughts. So watching Tibs in action was knowing that a baton had been passed from Boston to Chicago, from Doc to Tibs.

We’ve had our own bit of baton passing here at Summit Media Group. As Jim George leaves Summit to become director of education at the Institute of Packaging Professionals, he passes the Shelf Impact! baton to Anne Marie Mohan.

As many of you know, Mohan joined Packaging World four years ago, bringing with her a solid background in reporting on printing and graphic arts as well as packaging. While continuing to cover these subject areas for Packaging World, she also took the helm at Greener Package when Summit launched that innovative Web-centric knowledge base two years ago. She now adds to her plate Shelf Impact!, where package design and branding strategies are the primary focus. As Mohan grows into this new role, she will continue to produce the thorough and insightful coverage you’ve come to expect from her. And don’t worry, her work will continue to appear in Packaging World.

Jim George’s departure from Summit also means new leadership at Contract Packaging, where Bob Sperber will be taking the editorial reins. His background in plant ops, controls technology, and the food and beverage industries make him a great fit. I’m looking forward to working with him.

In the meantime, all of us here at Summit wish Jim George nothing but the best at IoPP. We’re glad he isn’t leaving the packaging community. Considering how many projects we work on jointly with IoPP, our paths will continue to cross on a regular basis. 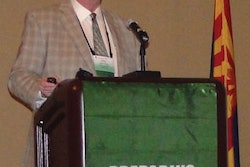 Annual meeting re-energizes attendees with a series of 'Power Up!' sessions 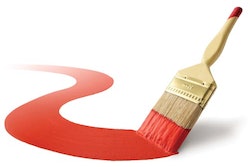 How to achieve cost savings via Continuous Improvement 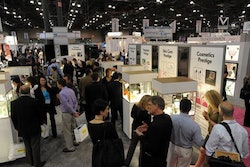