The practice is legal; however, whether it’s justifiable is debatable. What’s certain is that it is less than forthcoming.

A packaging buyer awards business to a packaging supplier but unknowingly is serviced by a different supplier. It happens when the supplier-of-record outsources to another supplier without informing the buyer.

There have been times when suppliers knew during bidding that they intended to outsource. It can be due to temporary insufficient plant capacity. Distinct from capacity, it can be due to equipment having to be acquired and the lead time having to be bridged. In another scenario, the supplier moves a production line to another facility and must manage until that facility is up and running.

Other times, outsourcing is the result of conditions that manifest themselves after the award. An example: a supplier lands business of such size and scope that servicing it requires that some other business be outsourced. What is not an example is when a supplier remains the source and seamlessly switches production from one of its facilities to another, with no breach of the contract or purchase order.

Inducements for the other supplier’s involvement can include a promise of future outsourcing. That carrot is especially likely when the other supplier must incur additional costs (e.g., in equipment or personnel). It even sometimes happens that the supplier-of-record lends personnel to the other supplier throughout production, in an advisory capacity.

Several factors enable a supplier to outsource without the knowledge of the buyer. One is that such outsourcing is stopgap, only meant to last a short time until certain conditions are resolved. Another is that the other supplier typically is contractually prohibited from making its involvement known to the buyer. Yet another is logistical tactics; for example, shipments are routed to the supplier-of-record, who then sends them to the buyer. A variation is for a distribution warehouse to be the intermediary. Even if the other supplier ships directly to the buyer, anonymity can be had with a blind bill of lading.

This is not a discussion of the theoretical—these scenarios happen. So how does a practice that’s meant to be undisclosed come to light? There have been occasions whereby buyers requested a plant visit, or made some other inquiry—not out of suspicion, but in accordance with vendor management policies, for example. In such instances, all suppliers-of-record give responses, some more honestly than others. Whatever the case, buyers tend to tell others about their experiences with suppliers, whether good or bad.

The existence of “stealth” suppliers is public record, too, courtesy of lawsuits. Whereas one might guess the litigants to be buyer and supplier-of-record, most suits are between the supplier-of-record and the other supplier. The suppliers contend over such matters as payments, fulfillment of promises, and who’s responsible for making good on credits granted to the buyer for defective supplies. Regarding the last mentioned, suppliers disagree about the cause(s) of the defect(s) and whose quality assurance fell short.

It’s a safe generalization that buyers want to know the identities of their suppliers. Implied in that generalization is that buyers have the right-to-choose. Underpinning it all is that, for any marketer of packaged goods, packaging supplies are important, if not critical, to overall operations. With undisclosed outsourcing, the supplier-of-record substitutes its criteria for those of the buyer. That’s true, even under the argument that the supplier-of-record merely conveys the buyer’s specifications to the other supplier, the same end result planned and expected.

The old saying about there being two types applies here: in this case, buyers who know about the practice of undisclosed outsourcing, and buyers who don’t. The former can be proactive by contractually prohibiting it. The latter, nonetheless, might recognize the need to do likewise, prompted by a continuous pursuit to manage all facets of its packaging. The envisioned scenario is a brainstorming session, or similar back-and-forth, in which someone asks, “Hey, what if a supplier outsourced our business without informing us?”

Regardless of how they come to be aware of the potential for a second, undisclosed supplier, a buyer’s decision to protect itself from undisclosed outsourcing should call for inputs from at least these disciplines: packaging, procurement, and legal. Packaging oversees the specifications, procurement oversees order placement, and legal oversees contract language.

Sterling Anthony, CPP, is a consultant specializing in marketing, packaging, logistics, and ergonomics. He can be reached at 100 Renaissance Center-Box 176, Detroit, MI 48243, 313/531-1875, or email him at sterlinganthony1@sbcglobal.net. 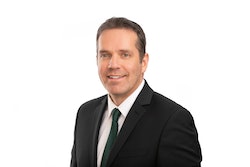 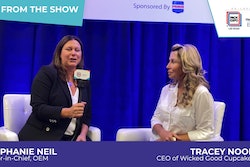 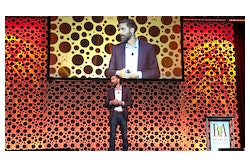