Breweries achieve maximum efficiency with their in-line packaging lines when they are working with standard-size packages, crates, and pallets. Any deviation in these sizes can throw a proverbial monkey wrench in the works, making many packaging shapes simply impossible to handle in-line. To address this issue, in spring 2013, The Carlsberg Group’s Hamburg, Germany, brewery commissioned an offline secondary packaging center in addition to its standard, in-line system that can handle up to 14,400 bottles/hr with great flexibility.

Carlsberg produces and packages a variety of beer brands at the Hamburg location—among them, its namesake Carlsberg, Astra, Lubzer, and Holsten Edel—with each one having a particular multipack sleeve, crate, and pallet-pattern configuration. Once the beers are produced, they are loaded into crates of specific dimensions that then need to be unloaded for cartoning, repacking, and palletizing for distribution. In the past, these brands could not be handled on the standard, in-line packaging line, so they were done manually.

“Carlsberg’s in-line packaging line is optimized for output. It is not optimized for flexibility,” says Georg Koutsogiannis, Sales Engineer at IPS International Packaging Systems GmbH, which implemented the offline secondary packaging center. “All format changes decrease the line efficiency. It is difficult and sometimes—depending on the format—impossible to add new packaging formats.”
To automate the packaging of Carlsberg’s nonstandard secondary packaging formats for increased productivity, IPS and Gerhard Schubert GmbH presented the company with a highly flexible off-line concept for unpacking, carton erecting and filling, repacking, and palletizing multipacks.

Modular system offers flexibility
As a general contractor, IPS designed, planned, and implemented the entire offline secondary packaging line. The core of the solution is Schubert’s TLM technology, which combines eight robot-based modules driven by intelligent software for a high degree of flexibility. The line is also equipped with robotic depalletizers and palletizers from PCA Roboter-und Verpackungstechnik GmbH that use KUKA robots, as well as a crate washing and turning system.

The line offers extreme flexibility for a range of sizes, including a six-pack with classic paperboard sleeve or a top-clip (a sleeve that covers just the bottle neck and closure), loaded in various crate sizes (11-, 20-, 27-, and 30-ct); a 24-ct pin-partition crate; and 36- and 40-ct high-density polyethylene trays from Logipack. Pallet sizes include Euro, Düsseldorfer “half pallet” (600 x 800 x 163 mm), 1/4 Chep pallet display, and brewery pallets.

Through incorporation of Schubert’s Transmodule robot (a freely programmable single-axis robot that moves on a section of rail within the TLM packaging line), the TLM two-, three-, and four-axis robots, and the palletizing robots, it’s easy to switch the line to new sizes through tool changes and a change in the software program. The line is thus capable of being adjusted for new sizes at any time. In fact, Carlsberg has already planned to use the line to create mixed packages.

Fully automatic solution
During operation of the line, crates are depalletized and are conveyed to the infeed of the TLM line. Meanwhile another infeed section feeds empty crates or Logipack trays, arriving from another depalletizer. Before being transferred to the TLM line, 11- and 30-ct plastic trays are run through a crate washing system.

Once filled crates are fed into the TLM line, a TLM-F2 two-axis robot removes the bottles from the full crates and places them into an awaiting Transmodule. Emptied plastic crates exit the TLM line on a conveyor belt and are re-palletized.

From there, the Transmodule brings the bottles to the carton-filling area. In all, the TLM line contains one Transmodule section for the bottles, one for the carton, and another that serves as a buffer system. Exchangeable size plates are placed on the transport carriage to match the bottles, carton blanks, and crates or trays. A turning unit is located at each end of the section, by which unloaded Transmodules travel back to the other end on a lower track.

The carton filling/application process is fairly similar for the 20-plus different sizes used by Carlsberg. First, a TLM-F3 three-axis robot removes a carton blank from the magazine. A TLM-F2 then accepts the blank and erects it in the Transmodule, positioned next to a cassette holding bottles that have been transferred via a TLM-F2 robot. Depending on whether the carton is a sleeve or a top clip, a robot either transfers six bottles into a formed sleeve and seals the top flaps, or lifts the erected top-clip and places it on top of the six bottle necks. An ink-jet printer then marks the multipack with the expiration date.

Following cartoning, two TLM-F4 four-axis robots, designed for heavy weights, place finished multipacks into a crate or Logipack tray. Supplying the empty crate is a TLM-F2 robot that takes the crate or tray from the second feed belt and transfers it onto the discharge track, which is moving in the same direction as the multipacks. During the loading process, the robot can turn and orient the multipacks in any direction as required by the crate size.

Full crates or trays then exit the TLM line and are conveyed to the fully automatic robotic palletizing system, after which the pallets are secured with a strapping band or stretch wrap, depending on the pallet type.

90% efficiency
Since installing the new line, Carlsberg has reduced the number of operators required for secondary packaging of nonstandard sizes from eight to 10 down to one. The overall line efficiency is 90%, with the TLM providing 97% efficiency.

Says Rüdiger Weck, Project Engineering/Training for Carlsberg, “The internal feedback has been more than positive. This week, the plan was to produce 24,500 crates. This number increased to more than 27,000, and we still finished on time at 2 p.m. We were even able to repack empty bottles beforehand, which was never possible in the past due to time constraints.” 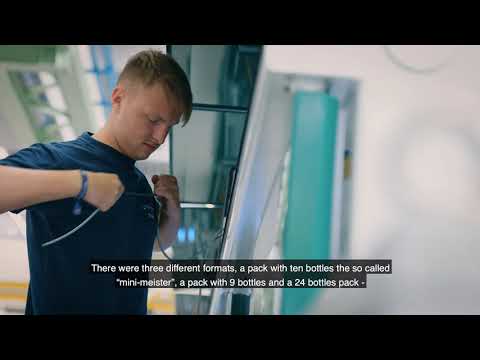 Behind the scenes - Schubert's highly flexible packaging machine for Jägermeister 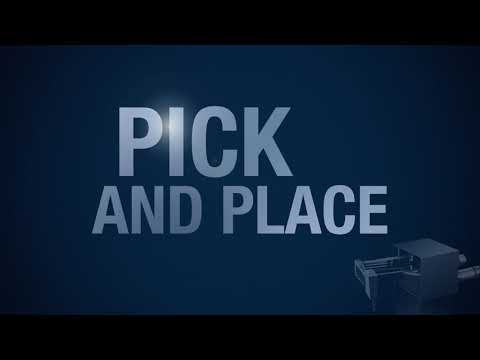 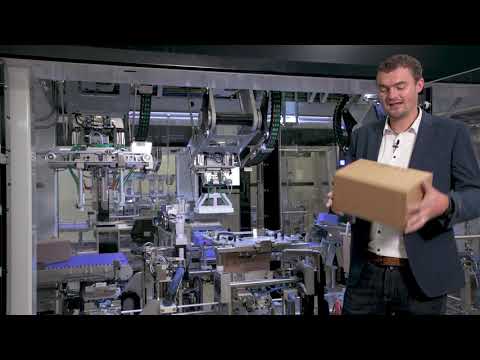 KHS and Martens Brewery Continue to Strengthen Their Partnership

Last year Belgian brewer Martens invested in KHS’ Innopack Nature MultiPack machine that forms PET bottles into stable packs with the help of dots of adhesive. It is now planning on purchasing a second NMP machine to process cans.
KHS GmbH
May 5th, 2021