Anne Marie Mohan
Nonni’s packs eight- and 10-count cartons and tubs of its Italian-style biscotti dunking cookies in a range of flavors at its Ferndale, NY, facility.

Nonni’s Foods LLC, an independently owned, premium bakery based in Chicago, markets its Italian-style biscotti gourmet dunking cookies under the Nonni’s brand name, with distribution in all 50 states, as well as Mexico and Canada. Near the end of 2011, Nonni’s decided to upgrade the packaging line at its Ferndale, NY, facility to keep pace with increased production capabilities upstream for its individually wrapped biscotti products.

The upgrade focused on automating the case-packaging operations, with a goal to provide cost savings and line flexibility while eliminating backlog and ensuring consistent product presentation. Upon investigating the market for wraparound case packers, Nonni’s awarded Schneider Packaging Equipment the contract to build the new case packer, a model WP-35.

Specified in January 2012, the machine was installed at the Ferndale plant in May 2012.

Says Nonni’s plant engineer/maintenance manager Norm Gallagher, “That by far was the easiest installation and start-up I have ever experienced with any piece of equipment.” He adds, “Since install, we are now producing a quality, glue-sealed case with minimal downtime and preventive maintenance issues.”

From manual to automated

Nonni’s operates four production plants in the U.S., including the 50,000-sq-ft Ferndale location, which also provides space for warehousing and offices. At the Ferndale plant, a single line is used to produce a range of biscotti flavors that are individually wrapped in clear film and then either loaded into an eight- or 10-count tray, and packed in a secondary carton, or packed in a plastic tub for club-store sale. Before the upgrade, Nonni’s hand-packed its shipping cases with the filled and sealed secondary packs.

“At that time, we were manually taping the bottom of the case, then loading it by hand, using three to four people,” explains Gallagher. “The filled case was then fed through a tape machine to close the top. The upgrade was necessary due to an increase in production capabilities, which made our existing method of packaging a bottleneck in the line.”

Additionally, the upgrade allowed Nonni’s to eliminate the changeover issues they were experiencing when moving from grocery boxes to superstore tubs by separating the two packaging formats before case packing. This was accomplished by using a bidirectional conveyor from Nedco that sends the filled tubs in one direction, and the cartons in the opposite direction, to the new case packer.

Gallagher says Nonni’s chose the WP-35 for a number of reasons: “First was the design. Second was the footprint that allowed us to fit it into the line with minimal change. Third was support from Schneider, both from the engineering group with the initial design, and from the field support group, with the installation and start-up.”

He adds that the biggest challenge of the project was to overcome the limited floor space available, and to integrate case inspection and rejection within the line. To address these issues, Schneider incorporated a vision-guided inspection system within the WP-35 to examine the cases as they exit the case packer to ensure proper case-flap sealing. Those cases that pass inspection are flipped via a tilt tray toward the case printer, a Videojet  2330 large-character ink-jet printer, which adds product information, bar code, and use-by date to the side panel. Those cases that do not pass inspection are pivoted in the other direction onto a reject conveyor, from which Nonni’s operators can easily remove, rework, and refeed them.

The Ferndale plant runs the biscotti line six days a week, typically over two eight-hour shifts. The case packer handles eight SKUs of eight- and 10-count boxed biscotti, placing 12 cartons in each case at a speed of 20 cases/min. Installation of the equipment has resulted in fewer personnel on the packaging line, as only one operator is required to feed the blank cases into the case-packing machine and load the finished skids.

Gallagher says the case packer’s 20-cpm speed allows Nonni’s “some leeway to work in any backup from other equipment on the upper part of the line that would be in excess of the normal line speed.” While the case packer is only running a single-size wraparound case at this time, Gallagher notes the equipment was designed to accommodate several different cases with minimal changes.

“One of the greatest assets of the machine relates to the design, which uses a lot of the same parts, motors, and controls throughout. This allows us to have a minimum of spare parts on hand,” says Gallagher, who adds that since being installed, the Schneider WP-35 has provided a “phenomenal” uptime. “It’s a very dependable machine,” he says. 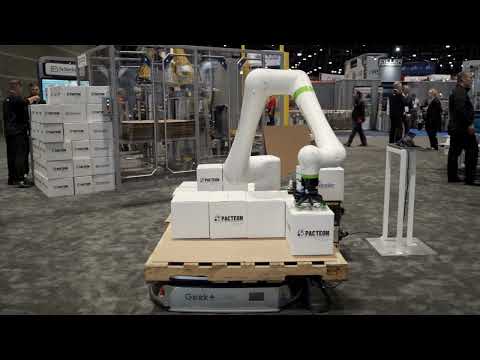 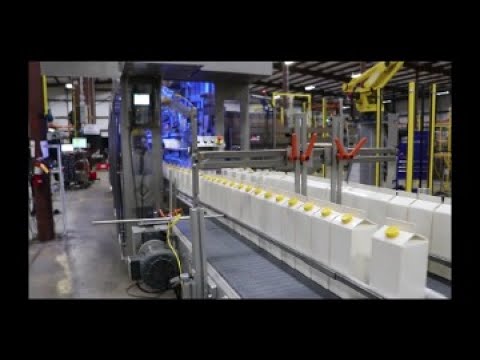 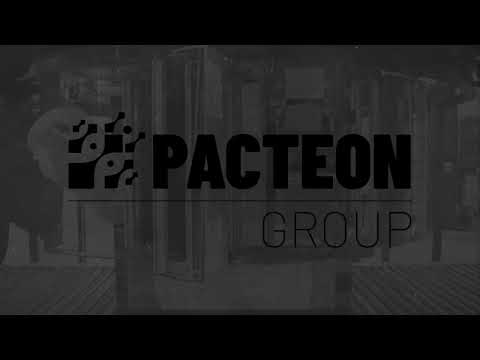 Pacteon Group: One Source for End of Line Packaging Solutions 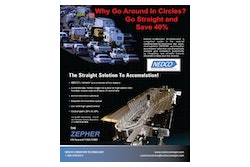 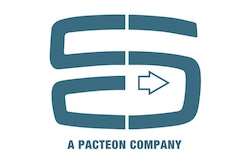