There was no shortage of MAP, or Modified Atmosphere Packaging, technologies at PACK EXPO International, including an impressive leak testing system for individual MAP packages that was talked about at Dansensor, a Mocon company. 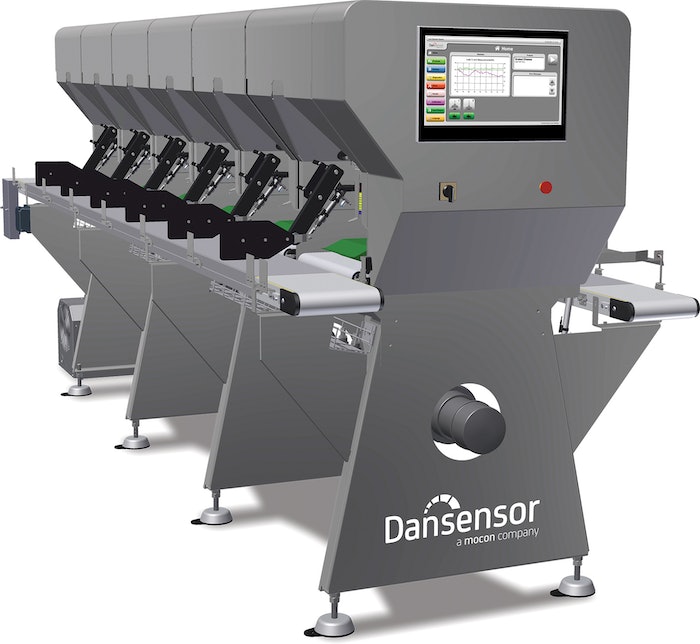 LeakProtego is what this system is called. Dansensor debuted it at the IFFA tradeshow in Frankfurt, Germany, last May, and though the equipment itself was not being demonstrated at PACK EXPO, videos and discussion of it were very much a part of the Dansensor booth experience. According to Dansensor it’s a first of its kind not only because it is engineered to test for potential leaks at levels lower than previously possible but also because it lets food processors check for leaks in-line rather than further downstream after the primary packs have already been put into secondary packaging. Detecting leaks early is less labor intensive and less costly.

LeakProtego is a patent-pending sensing system with CO 2 as a trace gas to detect leaks down to 50 microns. The technology relies on modular units, each of which can test up to 12 packs/min. Multiple modules can be combined so that individual package testing can keep up with MAP equipment output. The modules provide processors with critical information such as individual leak size and rate so that production line modifications can be made to address the cause of the leaks.