Walmart still searching for alternative to PVC in its packaging

However, the retailer’s annual sustainability report includes some positive news about its effort to reduce plastic-bag waste in its stores.

Walmart had set a goal to eliminate PVC from its private-label packaging in the U.S. by October 2007, a goal that Sam’s Club Director of Packaging Amy Zettlemoyer-Lazar discussed with Packaging World. But in a new report, the retailing giant says it still has not found a suitable alternative for many of its own-brand items.

In presenting its annual sustainability initiatives update, Walmart said it is making progress elsewhere, however. According to a report on Plastics News.com, Walmart is closer to its objective of using fewer plastic shopping bags.

As for PVC in its private-label packaging, Walmart says it remains committed to finding an answer.

“While we continue to look for alternatives to PVC, we have been unable to find suitable replacements for PVC in packaging such as over-the-counter, tamper-evident bands, metal can sealants, and meat wrapping, among others,” Walmart said in its report.

“Until we identify another material of equal performance, we will not eliminate PVC from certain items to ensure safety and performance for our customers.” 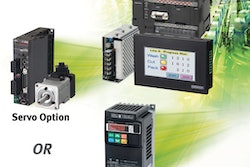 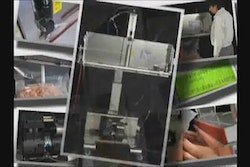 HCPC announces Packages of the Year 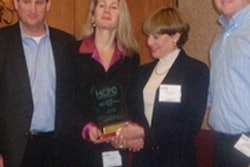 Healthcare reform could boost use of compliance-prompting packaging