Find out how Fanatics, a British e-commerce sports apparel retailer, quadrupled productivity and saved space in the process.

Fanatics is a global supplier of sports fan merchandise including football shirts, shorts, socks, baseball caps, mugs and other souvenirs. The online retail giant supplies consumers worldwide with official merchandise from some of sport’s biggest names, including Manchester United, the Dallas Cowboys, and England Rugby.

From its warehouse in North Manchester, U.K., an average of 7,500 items are dispatched every day to meet demand from its hugely popular fanatics-intl.com website. This rises to approximately 28,000 orders a day during its peak period in the run up to Christmas.

This ever-increasing volume in a fixed amount of space began to put a strain on the entire operation. That’s because according to Fanatics Operations Manager Andrew Crozier, the majority of the company’s warehouse management system, including packing and dispatch, had been handled manually, until recently. Employees worked at eight benches, packing all items by hand and manually printing labels and invoices on two separate printers.

“Before switching to the Autobag machines we streamlined some of our own processes including switching to faster invoice printers and single sided invoices, which would take less time to print,” Crozier says. “We then approached Automated Packaging Systems for a solution that would automate much of the packing process, while saving space and increasing the number of items employees could pack every hour.”

The 850S features a new grip open and seal technology, which automatically opens and seals the mail order bag to allow employees to quickly pack orders. Bags can be up to 22-in wide - appropriate for e-commerce mail order fulfillment companies like Fanatics.

“The four Autobag 850S machines have transformed the way we pack items and are now handling about 75% of orders coming through the warehouse,” Crozier says. “The main reason for installing the machines was to save space while allowing us to meet some fairly ambitious growth targets. Initially we moved eight of the manual packing stations out and replaced them with two Autobag machines, adding two more about 10 months later.”

The built-in printers on the 850S allow Fanatics operators to print directly onto the bag, eliminating the need for a separate printer for this part of the process. Invoices are still printed separately, but because these are now one-sided and printed more quickly they can keep pace with the new packing speeds. Each of the eight old manual packing stations required a single operator, which also took up lot of space. With the new setup, the company is able to meet the same level of orders with the two initial machines, which only requires one employee each, and takes up far less space.

“Crucially, Automated Packaging Systems was able to ensure we could meet the specific font and character requirements of many of our important Far Eastern markets including China. The team at Automated Packaging Systems actually took time to develop custom software for the Autobag printer to enable this. They’ve also supplied mail order bags with the Fanatics logo printed on them, which facilitates new promotional opportunities for the brand.”

Results
The deployment of four Autobag 850S machines at Fanatics' Manchester warehouse has enabled the company to keep pace with its fast-growing order book. Packing employees were able to process between 45 and 50 orders per hour under Fanatics previous manual system. Now that figure has increased to 200 to 250 packages per hour.

“We’ve been massively impressed with the performance and flexibility of the Autobag 850S, and the support and knowledge we’ve been able to tap into from the Automated Packaging Systems’ team. They made sure the system was tailored to our particular needs. We are looking to move to a new warehouse in 2019 to meet rising demand and will be looking at how we can further deploy this type of technology as we grow the business,” Crozier says. “This has made a significant difference to the effectiveness and efficiency of our operation. Without this solution we would have struggled to have the space to keep up with rising volume levels. Without them we might have had to go to a 24/7 operation, with employees working through the night, but that hasn’t been necessary. We had a space problem, and this solved the problem.” 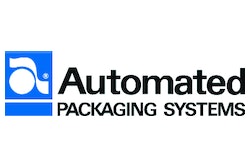 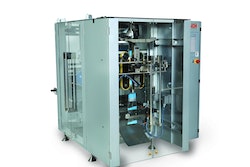 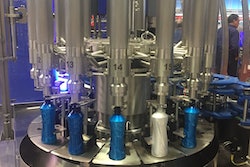