Tasteful Selections found a way to deliver on a new approach to potatoes, but checkweighers on its packaging lines lacked precision and resulted in overweight bags. Here’s how the company upped its automation to stop giving so much product away.

Previous generations may have had the time and inclination to cook large, heavy potatoes from scratch to perfection. But whether real or imagined, many of today’s consumers perceive that potatoes involve long cooking times, labor-intensive washing and peeling of thicker-skinned spuds, and a requisite amount of culinary skill to elevate them beyond the baked-for-an-hour variety. Also, consumers who aren’t cooking for themselves every day are prone to waste portions of the traditional 20-lb sack of potatoes. When a staple food is known for sprouting roots in the back of a pantry due to lack of use, that only reinforces negative perceptions.

Since its inception in 2010, Tasteful Selections has sought to push potatoes into the 21st century. For instance, its bite-sized baby and fingerling potatoes, which are its largest volume items, are pre-washed, don’t require peeling, and have faster cook times than traditional Russet potatoes. And microwavable products and varieties, including Take & Shake single-serve cups, Season & Savor family trays, SteamPak Minis, and even mini sweet potatoes, further interject speed, convenience, and relative ease-of-use into potato-forward dishes. The company even markets around the concept of rescued moments, hashtagged for Twitter, celebrating time savings in the kitchen as a means to find more personal and family time.

“And everything we do is whole potatoes, with their skins. It’s just that we tend to do very small potatoes,” says Nathan Bender, Vice President of Plant Operations. “We transformed the baby potato business in the U.S. to give our customers more offerings. We do reds, yellows, whites, medleys, purples, in all different types of packaging, starting in as small a format as a 5-ounce single-serve cup.”

New packs that have yet to be heavily automated—but won’t stay that way—include the SteamPak Minis. These single-serve potatoes in a carton are designed to compete with overwrapped Russet potatoes available at supermarkets.

“The theory behind this product is if a customer was going to pick up an overwrapped Russet for their lunch, he could instead pick up this single-serve item,” Bender says. “It would be the same area of the store, and be sold at a similar price, but it would have the benefits of a skin-on, flavorful potato. The flavor is really the big difference there versus a Russet. The skin is where most of your nutrients are in a potato, and a lot of people don’t eat the skin of a Russet.”

Still, the largest volume is in the aforementioned bagged bite-sized to fingerling potato formats. So, that means a lot of vertical bagging at the company’s Arvin, CA, location, which is central for its constituent growers. The company now has 13 total packaging lines, 11 of which are bagging lines, plus two bulk fill lines.

Evolving into uniform scales
“Tasteful Selections had started in a smaller facility in 2010, and we originally were using a certain type of checkweigher. We just always struggled with those, both with speed and accuracy,” Bender says. “We had Yamato scales feeding the bagger, and those were great, but this other brand of checkweigher downstream from the bagger just wasn’t doing the job.”

After seeing Yamato checkweighers in Europe on different packing lines, Bender was convinced that they were the way to go. The opportunity to implement them finally came when a new facility was being built in 2015.

“We bought seven more checkweighers, and we had them running in our new facility in 2015. Over the years, we’ve bought more, and as of a new installation just this month, we now have 13 Yamato I-Series checkweighers here at the Alvin facility,” Bender says. “What we like about them is the speed and the accuracy. Yamato’s always been known to have highly accurate scales. That has always been our challenge—to find a highly accurate checkweigher to make sure that the product that got put in the bag is of the weight that the customer requires, or that we’re posting on the bag.”

So instead of an immediate, night-and-day switch, Tasteful Selections spent a couple of years slowly rounding into an almost all-Yamato checkweigher operation. Having had several units for more than two years, Bender can comment intelligently on durability and service, too.

“That was one of the nice surprises for these checkweighers,” he says. “We’ve needed a few repairs, mainly wear items like belts. The brand we had prior, we were burning up a lot of motors—not so anymore. I would say the overall use and wear and tear on these has been surprisingly good, but I think that’s also in part because Yamato has always been really good to work with on maintenance.”

Connected checkweigher
Armed with new Redzone plant management software to manage his uniform army of checkweighers, Bender recently began collecting all the checkweigher data the machines were generating to identify individual underweights and overweights, and track giveaway percentages. He also wanted to learn overweight percentages and keep up with general line speeds, bags per minute, and line efficiencies.

“Using Redzone, we were able to track all our OEE and our efficiencies on every line, and do it all through our Yamato checkweighers,” he says. “For some time, it was more a matter of collecting enough data to tell us anything, but now we’ve found some actionable trends that we’re able to address. We’ve actually reduced our giveaway by 4 percent, which is huge over time. We’ve been able to bring our overweights in bag format down quite a bit, too. We’re even able to enact programs for incentivizing our top operators to keep numbers within a good range.”

The full lines
Tasteful Selections’ packaging lines begin with a custom-built triple-wash system. Bite-sized and fingerling potatoes are rinsed, dried, graded on grading tables, then briefly stored in what Bender calls bins until they land on the main “pack line” conveyor, which feeds all 13 different baggers.

“We are packaging to order for our customers, so we can sometimes hold product before putting it on the pack line. Since we do so, we add another grading process when we’re ready to package. This last grade is more of an inspection grade to make sure that product is at our standard for our customers,” Bender says. “Ready-to-package potatoes first enter an Exeter Engineering hopper that serves as a surge-protector and smooths out the line. That way if the bagger stops for any reason, or is going slower than the graders, we don’t have to speed up or slow down the lines.”

Product is then conveyed to the mezzanine above its appropriate bagging station and weighed on one of the 13 combination scales—several also from Yamato, among others. Precisely-weighed combinations of potatoes then drop into the baggers below. The line included vf/f/s baggers from Triangle and Matrix, and mesh bag fillers from C-Pack. More traditional packages of potatoes, from 24 oz to 5 lb, go through a Volm bagger and are closed with a Kwik Lok closure. All bags then are checkweighed on the connected Yamato checkweighers.

“The thing is, no matter how accurate your combination scale is, a potato might get in or might not get into a bag. If you have one potato not in a bag, and you’re within 2 percent giveaway, you could have an underweight bag. You need to have a good checkweigher to ensure you have the proper weight in the bag,” Bender says.

Community a resource for next steps
Most bags are then case packed by hand, with eight to 12 bags in a case, depending on the bag weights. Palletizing and pallet wrapping are currently done by hand as well, but Bender is eyeing the end of the line for his next improvements.

“We’re working with our local community college, one that grants an Industrial Automation degree at Bakersfield College, to install or develop and install case packing with robots. We’ve already ordered some of the components and equipment. Those students are going to work on one line—it’s one of the senior projects for a group of the students—and then after that we’ll hopefully replicate it for all the lines,” Bender says. “We’re working with Schneider Packaging Equipment on possibly getting palletizers, also.”

“Automation is the ultimate goal, and that’s what we’ll get to if we’re filling those trays automatically,” Bender says. “Hopefully someday we can case-pack and get our employees to as little repetitive motion as is possible.” 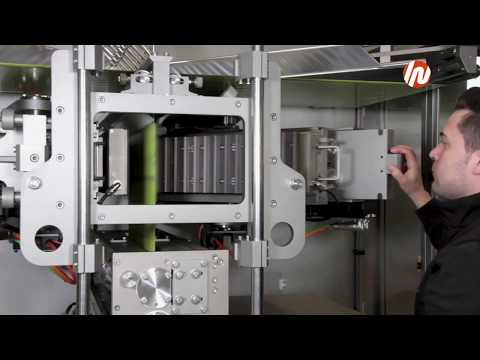 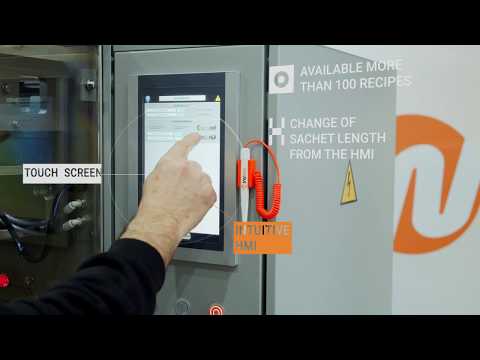 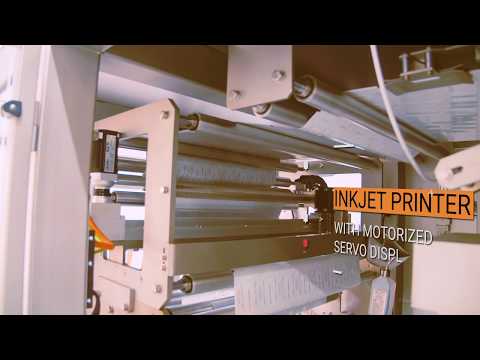 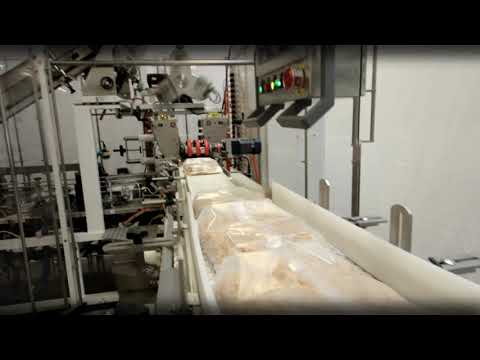 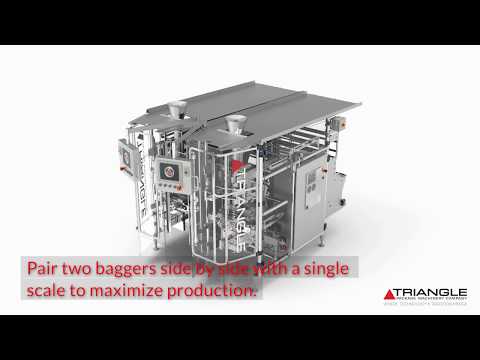 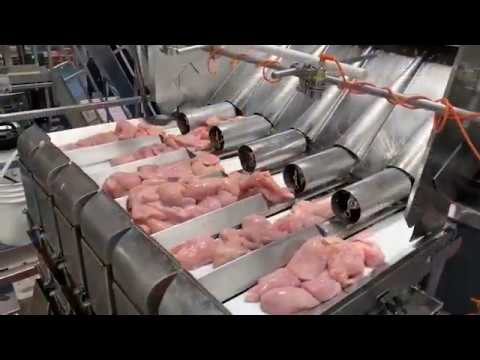 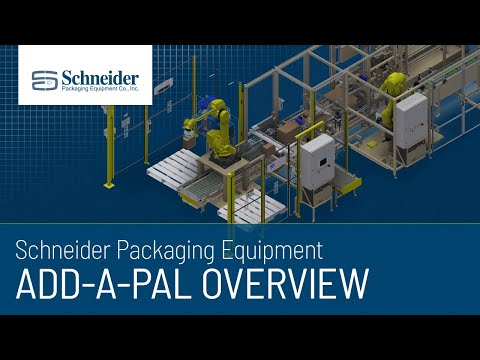 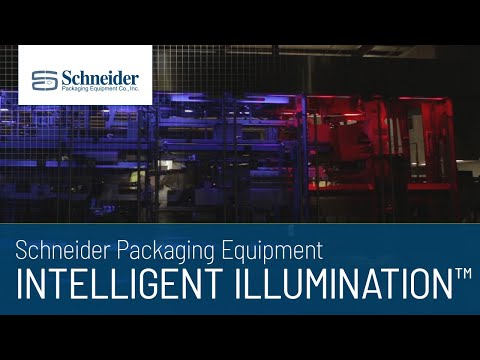 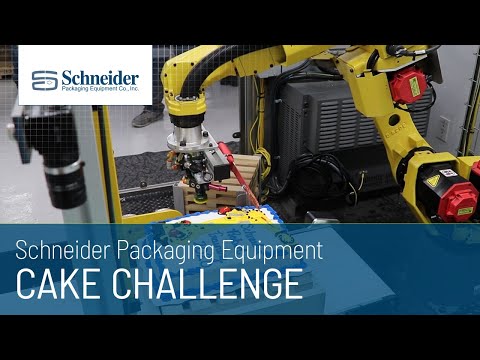