Single robot does the work of two, saving space, cost

Limited by tight quarters, Aladdin Bakers of Brooklyn installs a single robot that does the work of two, stacking pita bread for presentation to a bagger at speeds to 10,800/hr.

Aladdin Bakers, Inc., makers of the Aladdin brand of bread products and the Baked in Brooklyn line of chips for foodservice and retail, has had to work some magic over the years. Beginning with a single line producing pita bread, the company now operates nine packaging lines and an artisan bakery in the same 60,000-sq-ft building in the midst of Brooklyn in which it started.

Manufacturing space at Aladdin is at a premium, to say the least. That’s why, when it began looking for an automated system to stack flat pita bread in preparation for bagging, it needed a robot that could deliver the 10,000-piece/hr speed it required in a minimum footprint.

Cost of labor is one aspect, and not just the cost of wages: “You need lockers for the operators, you need a place for them to have their lunch, and this is, relatively speaking, not the biggest building on the planet,” says McCarthy. “The more support you need, the more overhead you need.” The other aspect is the repetitive motion involved in stacking the pita. And, another consideration is food safety, with operators having to handle every product.

One option for automating the stacking of the pita pockets was a vertical stacker, but the equipment was too big. The other option was robotics. At the time, the only solution that could ensure the required speed was the use of two robots. Says McCarthy, “That would have been okay if, number one, the return on investment could have supported it, and number two, if we could have fit it into the space.” The challenge was to meet the speed with one robot.

While perusing a trade show, McCarthy came upon BluePrint Automation (BPA) and was impressed with their capabilities. “I thought, ‘This is a pretty ingenious bunch of guys. Let’s see what they can do,’” he recalls. In the months following, Aladdin and Blueprint worked together to design a robotic stacking solution that met Aladdin’s ROI, cost, and speed parameters.

The BPA system features an ABB FlexPicker—a three-axis Delta robot that can handle up to 180 pieces/min, for 10,800 pieces/hr. The system has a footprint that BPA says takes up less space than stacking the pita manually. The company adds that it is BPA’s patented high-flow head technology that allows the single robot to pick at rates much higher than a standard picking/placing robot.

The robotic system incorporates vision to detect the orientation of the pita as it is carried to the robot station on a conveyor belt. It also inspects the product for shape, size, appearance, and griddle mark patterns. It then picks each pita individually and stacks it on the infeed flight of a bagger. The robot uses a vacuum head end-of-arm-tool. According to McCarthy, “It’s a very simple but very specific design with regard to the air flow. The vacuum sucks up the pita, but it also goes past the bread so that it remains level and flat. It retains the positioning of the bread to make nice, neat stacks.”

While Aladdin only runs flat pita on the line, the product can vary in size—5, 6, 7, and 8 in.—and in bag count, including 4-, 5-, 8-, and 10-ct bags. The line also runs grilled and ungrilled pitas, and a range of flavors. According to McCarthy, changeover, which involves the swapping out of the vacuum EOAT, is like changing the tire on a car, “but a lot less complicated.” He adds, “Everything is designed to be quick-disconnect, so it takes just minutes.”

BPA programmed the system with the different product variations, making it very operator friendly—another criterion for Aladdin. “They figured out the programming so that the robot was interactive and simple,” says McCarthy. “I could get a person off the street who’s never seen a robot and be able to train them.”

With the installation of the BPA system, McCarthy says Aladdin accomplished its goals: “Essentially, we did what we wanted to do. We more or less run twenty-four hours a day, four or five days a week, and we took three or four people out per shift. So the system paid for itself in the first couple of years. It continues to run beautifully, and it fits in the space. The level of maintenance is minimal. We ticked all the boxes. We set out to do something, and we did it.” 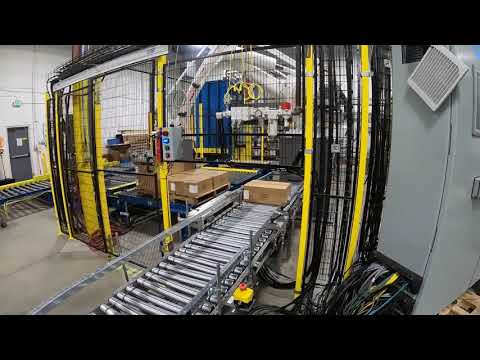 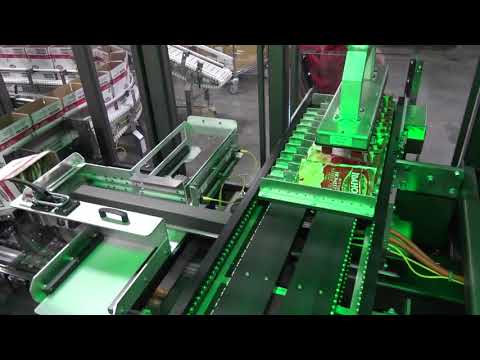 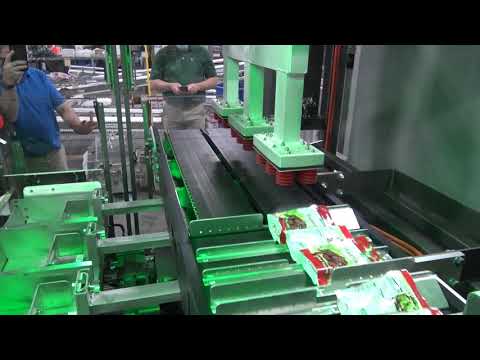