There are too many variables to keep a lid on, unless all parties are kept in the loop.

Induction sealing is used for a wide variety of products across such categories as food, beverage, pharmaceuticals, cosmetics, and household chemicals. A closure with a composite liner inside is screwed onto a filled container (bottle or jar). The container then travels by conveyor under an induction sealer which spreads an electromagnetic field that heats the aluminum foil layer of the liner. The heated foil, in turn, causes the heat-seal layer to melt, and the container is thereby sealed.

An induction seal prevents product leakage, is tamper-evident, maintains product quality, and fosters consumer confidence. That's a nice benefits bundle for a CPG company, but to consistently achieve it, that company has to have coordinating skills, like those of a crew on a Navy aircraft carrier. Container, closure seal liner, and induction sealer have to be chosen for their mutual compatibility.

Glass containers can be induction sealed, but the majority of induction-sealed containers are plastic. After the choice of material is made on the basis of product compatibility, the concern shifts to the determination of what can be sealed to the material. It's always advisable for a CPG company to let a container supplier know that the container will be induction sealed. But even then, not every supplier appreciates the implications. A supplier, for example, might subject the container to a surface treatment, such as fluorination (to combat paneling) or corona-treatment (to increase polarity) but not know that either can negatively affect induction sealing.

The finish is the container's structural feature that's most fundamental to induction sealing. The dimensions of a container's finish are designated in standardize nomenclature: I, E, and T across the width, S and H along the height. Maintaining those dimensions within specified tolerances has an impact on the capping operation, a mating of finish and closure that's crucial to a quality induction seal. Additionally, the finish should be free of deformations, particularly in the land area (the top area that's sealed); for, if the land is anything other than flat and smooth, the closure will not fit securely and the induction seal will be compromised.

A continuous-thread (CT) closure has dimensions (E,T, S and H) that relate to the same dimensions on the container's finish. Even so, the respective dimensions can be mismatched, resulting in conditions that adversely affect the induction seal. An example is a mismatch of the vertical dimensions of the closure and finish, which can result (among other things) in the inability of the closure to be screwed sufficiently tight on the finish.

Plastic closures (thermoform or thermoset) lend themselves well to induction sealing. The same is not true of metal closures. The same electromagnetic field that heats the aluminum foil in the liner can heat the metal closure. Such a heated closure can distort a plastic container's finish.

The liner is inserted inside the closure by the closure manufacturer, which either makes the liner or sources it (the latter adding yet another level of coordination). Liners can be a one-piece or two-piece construction.

With a one-piece liner, the aluminum foil has a heat-seal coating on the side that will be in contact with the container's finish, and on the other side a resilient material such as paperboard or plastic foam. During induction sealing, the entire liner is sealed to the container's finish.

With a two-piece liner, the aluminum foil has a heat-seal coating on one side and on the other a wax layer that bonds the aluminum foil to a pulpboard layer. During induction sealing, heat from the foil melts the heat-seal, but also the wax that is absorbed by the paperboard. The results are that the foil is sealed to the container's finish and the paperboard remains inside the closure.

The one-piece vs. two-piece decision hinges foremost on the type of closure suited to the product. A dispenser closure, for example, should have a one-piece liner because the paperboard left by a two-piece would prevent dispensing. And in keeping with product considerations, the aluminum foil might need protection against certain ingredients, in which case a barrier layer should be incorporated into the liner, whether one-piece or two-piece.

The equipment has a power source and a sealing head (a cooling system, too). The power source generates in kilohertz. The sealing head can be of a flat or tunnel design. The geometry of the capped container determines the suitability of the generated power and of the design of the sealing head. The lower frequencies produce a wider electromagnetic field, good for wide finishes, and higher frequencies produce a narrower field that's good for narrow finishes. Likewise, a flat sealing head is better for wider finishes, and a tunnel head is better for narrower finishes. Of course, there are CPG companies that have to seal a wide variety of finishes, and that can be even more the case with contract packagers. Fortunately, there are hybrid sealing heads designed for the required flexibility.

By the time the combined container, closure, and liner reach the induction sealer, any preceding lapses in coordination can manifest themselves in problems that can't be countered by the induction sealer, no matter how efficient the equipment. Of all the involved parties, which one has ultimate responsibility for the end-result? It's the CPG company that must coordinate at every level. Additionally, it's the CPG company that must coordinate any investigation regarding seal failures. That's the topic of the next article.

Sterling Anthony is a consultant, specializing in the strategic use of marketing, logistics, and packaging.  His contact information is: 100 Renaissance Center-176; Detroit, MI 48243; 313-531-1875; 313-531-1972; sterlinganthony1@sbcglobal.net; www.pkgconsultant.com.
Related Stories 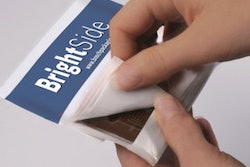 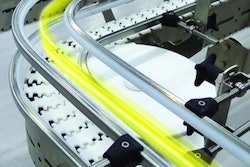 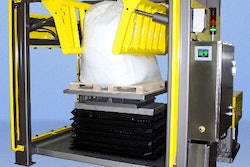