A Primer: Packaging and phytosanitation

Companies involved in international shipments need to know about phytosanitation, in general, and ISPM-15, in particular.

Sterling Anthony
Sterling Anthony, CPP
In the 1/21/10 Packaging Insights article, Meeting the challenge of mold on wood pallets, the concept of a pallet purity program was introduced, and at the article's conclusion, phytosanitation was cited as a component of the program.

Phytosanitation aims to prevent the spread of pests (insects) from infected plant-based materials to healthy ones, and wood packaging falls under that purview. ISPM (International Standards for Phytosanitary Measures)-15 is the international standard that pertains to wood packaging. The standard, however, is not limited to such packaging as crates, boxes, and barrels.  Wood pallets also are covered, which, for all intents and purposes, widens the scope to all companies engaged in international shipping. Furthermore, there is no automatic escape through the use of plastic pallets because the standard also governs dunnage (lumber used to block and brace palletized loads within an intermodal container).

Globalization continues as a major trend, as companies of all sizes explore the opportunities offered by importing and exporting. Moreover, even companies that are old hands at international shipping have been known to unintentionally violate ISPM-15. The possible consequences vary but have in common additional time and expense, often increased by geography, time zones, and languages. So it is that a primer on the standard can be useful, whether serving as a refresher or as an introduction.

ISPM-15—itself, an acronym—has a veritable alphabet soup in its history. It is a product of a UN (United Nations) treaty, namely the IPPC (International Plant Protection Convention). The treaty is administered through a UN organ, the FAO (Food & Agriculture Organization). The U.S. and each of the other nations that are signatories to the treaty are obliged to abide by the requirements of ISPM-15. To do that, each nation is required to establish its own NPPO (National Plant Protection Organization) to enforce the provisions of the standard.

Admittedly, all of that might sound intricate, but at its core is a simple notion: pests indigenous to one nation should be prevented from spreading to others. By nature, it’s an international challenge, one that necessitates a standard that is honored across borders.

Under ISPM-15, there are two approved methods for exterminating pests from wood packaging: heat treatment and fumigation. Both meet the requirements of: affecting a wide range of insects; high efficacy (kill rates); and, feasibility (technical and financial). The methods are used on hardwoods and softwoods that are raw, that is to say, unprocessed. By contrast, processed word, such as plywood and veneer are exempt because the heat and pressure associated with the processing are deemed sufficient to kill pests.

Heat treatment requires that the wood achieve a core temperature of 56°C for at least 30 minutes. As long as that time/temperature combination is reached, the standard is flexible as to method, whether oven, kiln, chemical pressure impregnation, or other.

Fumigation is done with methyl bromide, administered in varying combinations of temperature, dosage, and concentration; however, the minimum temperature is 10°C and the minimum exposure time is 24 hours. Methyl bromide is the subject of environmental concerns; however, for this application, it continues to survive talk of being phased out.

Although heat treatment and fumigation are the only methods specifically cited in the standard, there are other methods that are under consideration, in other words, pending.  NPPO’s, however, are not relegated to having to wait for the official expansion of the list. They have latitude to make individual agreements with their counterparts in other countries, if convinced that a proposed alternative method  performs adequately.

The proof is in the putting

A certification mark put on the wood packaging is proof of compliance with ISPM-15. The mark is an elongated rectangle, with a vertical dividing line (which results in two abutting rectangles). There are several components that are standard with each mark. The left rectangle contains the IPPC symbol: those letters running vertically along an icon of a growing plant. The right rectangle contains a two-letter country code from the ISO (International Organization for Standardization) nomenclature: US for the United States, CA for Canada, FR for France, and so on. The country code is connected by hyphen to a 3-digit number that identifies the treatment provider (whether the packaging manufacturer or a service provider). Underneath that is the two-letter designation of the treatment: HT for heat treatment and MB for methyl-bromide.  And, since quality-assurance and traceability are what certification is all about, the mark may contain additional information, if determined needed by the NPPO, or even by the shipper, packaging manufacturer, or treatment provider.

In addition to following the standardized aspects, the mark should be legible, permanent, and conspicuous, the last requirement fulfilled by putting the mark on opposite sides of a pallet, for example. Sadly (or comically) there have been times when the mark has been put on the pallet deck, apparently without recognition that a customs inspector would not be able to see it under the load. It's advisable to render the mark in basic black, in avoidance of colors that might denote a particular class of cargo, for example, red for hazardous goods.

A mark only pertains to the original packaging. If a certified pallet is repaired or refurbished, the replacement wood must be certified, too.

When the bark is worse than the bite

Some countries don’t allow tree bark on any imported wood packaging. The occasional streak of bark, however, is common on domestic pallets not used in international shipments. So, unless the exporting company makes it a policy to research country-specific requirements, the company can comply with the standardized requirements of certification, only to have the shipment declared noncompliant because of bark.

Why the dislike for bark? The affects from heat treatment and methyl-bromide are not permanent and bark is held in suspicion of being a favorite place of reentry for pests. Also, it’s more difficult to see the evidence of the presence of pests in bark than it is in debarked wood. And, just to mention in passing, bark-free pallets are more expensive, by virtue of materials, as well as sorting and inspection procedures.

Countries are free to react to as they choose toward noncompliant imported wood packaging; however, there are several options that are repeatedly chosen. One is to reject/quarantine the shipment, deny it from entering the country's interior.  Another is to destroy the shipment, incineration being one means. Yet another is to subject it to a treatment (HT, MD) and charge the shipper. Whatever is chosen, the shipper suffers a hit to the bottom line. Yes, it’s a small world, but still big enough that a problem shipment on the other side of it can present sizable problems. 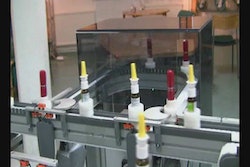 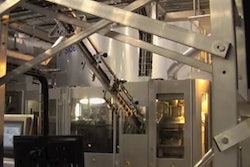 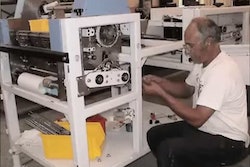