Searching for a cure

End-users of laminations need a working knowledge of the methods used to cure the adhesives.

Sterling Anthony
Sterling Anthony, CPP
How laminating adhesives are cured carries a variety of consequences. Those consequences used to be of passing concern to end-users, as long as the laminations: were acceptably priced; ran efficiently on filling machinery; and, effectively fulfilled the functions of packaging. The materials, equipment, processes, and procedures necessary to produce the laminations were regarded as the concerns of the converter. These days, end-users can't separate themselves from the operations of their converters. The two groups having been joined at the hip by regulatory and environmental issues.

Adhesives make for a good example of that linkage; besides, although adhesives typically are the least costly of the components of a lamination, their failure can render the lamination useless, wasting all the resources expended by converter and end-user, alike, up until that time. Additionally, since laminations dominate flexible packaging and are prominent within labels and folding cartons, adhesives influence a large segment of the packaging market.

Solventborne vs. waterborne
Both of those categories of adhesives consist of solids within a liquid medium and both are cured with heat tunnels that evaporate the liquid, leaving the solids. The process designations of "wet lamination" and "dry lamination" convey whether the coated substrate is laminated to another substrate before entering the heat tunnel (wet) or after exiting the heat tunnel (dry).

Solventborne adhesives have a proven history of being compatible with plastics, foil, and paper, and of offering a range of thermal and chemical-resistance properties. On the debit side, they emit volatile organic compounds (VOC's) during curing, a decided vulnerability from a sustainability aspect.  Additionally, solvents present a flammability hazard.

Waterborne adhesives clear both the VOC's and flammability hurdles and are being promoted as a safer, more environmentally-friendly alternative. Waterborne adhesives, however, require that at least one substrate be porous (i.e. paper) to allow evaporation, regardless of whether the lamination process is wet or dry.

It benefits the end-user to be able to diagnose lamination defects caused by ineffective curing of the adhesive within the heat tunnel. One such defect is surface blisters, which can occur with either type of adhesive, and are caused by incomplete evaporation inside the tunnel. Entrapped liquid has to work its way through the surface. The culprit might be a cycle time that's too short, an inadequate temperature setting, or insufficient porosity.

Going solventless
Sure, reducing the amount of solvent in a formulation reduces the problems inherent with that chemical; and, there are formulations of late that consist of a higher solids-to-solvent ratio, however, they still are cured inside a heat tunnel. Solventless (also called reactive) adhesives, by contrast, are 100% solids that don't cure by tunnel. Polyurethanes rule the category and come in one-part and two-part versions.

One-part polyurethanes cure by ambient moisture (including moisture from the substrate). That sounds innocuous enough, but variations in ambient moisture levels can result in cures that are of varying completeness.

Two-part polyurethanes don't cure by moisture, rather, by a chemical reaction that causes cross-linking. This type of adhesive requires mixing of the two parts prior to application, and therein lie potential problems, not the least of which is inexact mixing, resulting in foreseeable inexact results.

And, just as solventborne adhesives are burdened with the VOC's issue, solventless polyurethanes (both versions) have their equivalent in the form of isocyanates, a converter workplace hazard that can irritate lungs and skin.

The old saying, "It takes time," truly applies to solventless polyurethanes (again, both versions), in that curing takes days, during which the bond reaches full strength. A wide-web converter, therefore, can't perform slitting, quality-assurance, or other operations while the wound web cures. Those limitations can complicate an end-user's just-in-time scheduling and can wreck havoc with any emergency that necessitates an expedited delivery.

Curing at light speed; curing at electron speed
Ultra-violet (UV) light and electron beam (EB) radiation cure immediately, upon exposure, adhesives formulated to undergo the particular technology.  Despite that commonality, the two have their differences.

Adhesives for UV curing must have additives called photoinitiators that are crucial to the subsequent cross-linking. Moreover, the substrate must be clear, that is to say, translucent, so that the light can penetrate to the adhesive and cure it. Adhesives for EB curing don't require photoinitiators and can be applied to opaque substrates, since EB penetration is unaffected by color.

Compared to the previously-discussed curing technologies, UV and EB provide benefits beyond instantaneity. A short list includes: energy-emitting sources (lamps and units) more compact and less energy-intensive than heat tunnels; curing at room temperatures; no VOC's and isocynates; no mixing; applicable to a wide range of adhesive formulations; and, quick, easy clean-up.

With all that going for them (and not counting their use in package printing), why aren't UV and EB in wider use in the U.S., as cures for adhesives? The question doesn't lend itself to one answer; however, besides the caution reasonably exercised by converters toward newer technologies, there are concerns over diagnostics and controls, especially with something with the word radiation attached to it (EB).

A hot time
Hot melt adhesives, 100% solids and applied in the melted state, cure by the loss of heat. That's about as simple as things get.  No solvents. No tunnels. No mixing. No lamps. No radiation units. The curing isn't immediate, but takes a short time, nonetheless. Even while still molten, the bonding strength can be great enough to permit high-speed winding, particularly if the formulation includes tackifiers.

In that the cure is achieved by cooling, the less heat to begin with the better (within required viscosity and flow characteristics). In recognition, hot melt formulations that melt at lower temperatures have come on stream. In addition to a faster cure, they save on the energy required to melt the adhesive and lessen the chance of high-temperature charring of the melt. Separate from melt temperatures, cure time also can be affected by the pattern in which the adhesive is applied, which can range from sheet to dot.

Of the families of hot melt resins, ethylene vinyl acetate (EVA) holds down the general-purpose position; however, regardless of which resin, once cured, the resulting laminations might not be suitable for high and low-temperature applications, namely heat-processing and freezing.

Be ready
The reality is that various stakeholders expect end-users of laminations to be able to defend the environmental-soundness of the packaging, from a life-cycle perspective.  How the adhesive is cured is one of many operations that factor into that defense. Advancements in adhesive formulations and in curing technologies will make for a kaleidoscope of combinations, challenging the end-user to stay current.  That challenge will require perseverance, or more appropriate for adhesives, stick-to-itiveness. 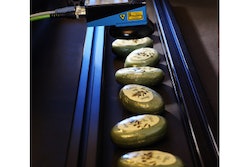 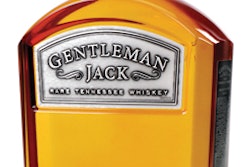 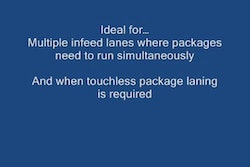