Checking in on FDA enforcement stats

Reading the U.S. Food and Drug Administration’s enforcement statistics is like reading tea leaves, with all due respect to tea leaf readers.

It’s generally the case that examining the numbers of FDA inspections, Warning Letters, seizures, injunctions, prosecutions, import refusals, and recalls can leave one confused about whether the consumer protection agency is being busy or sleepy, aggressive or lax.

It’s also the case, admittedly, that for any individual packager in an FDA-regulated business (food, drug, medical device, cosmetic, animal food and drug, biological products, radiological products), the statistics are just about meaningless if your company is the subject of a particular enforcement action. Still, it can be useful to put your particular issues into some context, and that is the goal of examining these statistics.

Finally, it’s also quite obviously the case that one high-profile outbreak, like the recent substantial headaches with peanut butter-containing foods made by Georgia’s Peanut Corporation of America, gives many people the impression that FDA is being lax in oversight and enforcement. That conclusion is not necessarily warranted from the limited fact of one incident, although it was a big one. But when members of Congress are among those getting that troubling impression, the result can be new legislation giving FDA new powers to regulate.

Surrounding you here are data on FDA’s enforcement actions during 2007, and charts showing the trends in past years and up through 2007. Here are a few observations:

• It’s useful to start by examining the raw numbers for fiscal 2007. The numbers of Injunction and Seizure actions, as is typical, are modest. FDA simply never brings too many of these. FDA quite commonly raises the specter of being the subject of one of these serious actions to pressure a company to recall a product or to agree to a Consent Decree that may contain a variety of provisions (such as agreed financial penalties, agreements to shape up compliance practices, and so on).

• The raw number for “Convictions—OCI”, meaning criminal actions under the auspices of FDA’s Office of Criminal Investigations, is a surprisingly high 344. It’s not clear who all these criminal defendants were, and FDA isn’t immediately forthcoming with background on that figure, though it’s known that those cases include actions against sellers of counterfeit drugs over the Internet and otherwise, and against those who illegally promote the sale of prescription drugs.

• FDA inspections are typically the starting point for the sequence of enforcement actions, since serious violations discovered at inspections will often result in Warning Letters, which in turn, if not properly responded to, can turn into seizures, injunctions, prosecutions, or recalls or consent decrees. So you can look at the number of inspections as one indicator of how aggressive FDA is being regarding enforcement. The number of inspections was down in 2007 over prior years, which is consistent with the pattern going back to 2003.

• And if Warning Letters are the most common follow-up to an inspection that uncovers problems, those are down, too, and have been going down since at least all the way back in 2000, interrupted by a spike in 2004.

• Recalls have been generally on the upswing since 2000, which may mean FDA’s pressure is getting through to companies with product problems, or may mean companies are voluntarily recalling more frequently. Remember, almost all recalls are voluntary on the part of the manufacturer or distributor, though as noted are often undertaken under pressure of serious action by FDA. Exceptions are medical devices, human tissue products, and infant formula. FDA can order recalls of those types of products in appropriate circumstances. (The data charts don’t reveal how many recalls were voluntary and how many were not.)

• Import refusals, in which FDA turns away suspected violative products at the border, are up up up in the 2000’s, though they have leveled off in the past 2 years.

We like to check in on the FDA enforcement stats in this space with some regularity, trying to discern patterns. Looking ahead, if Congress is serious about even some of the various proposals now under consideration to add FDA funding and powers, including the power to order recalls, and if FDA takes that change in the law as marching orders to become more active on the enforcement front, then we can expect packagers and others in FDA-regulated businesses to be under increased pressure and scrutiny from the agency. And, we can expect these figures to rise consistently in coming years. 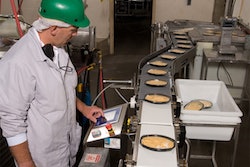 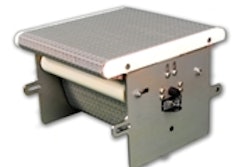 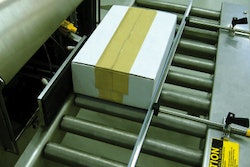