Medical device civil suits are preempted, but for how long, and are drugs next?

As of now, a person hurt by a medical device cannot sue the manufacturer for negligence or strict product liability if the product was approved by FDA through a full-blown premarket approval procedure, and the device that hurt you was in compliance with FDA requirements. Up until late February 2008, you could have, but then the Supreme Court said otherwise.

In essence, the decision says the maker of a medical device that got the thorough version of FDA approval and was made and labeled and packaged in accord with FDA requirements is immune from any state-law based claims of negligence and strict liability. After all, goes the argument, why should a jury—really a multitude of juries in a multitude of state courts all over the country—get to decide a company was negligent or its product was designed or labeled defectively, after FDA declared the product safe and effective as it is? A maker of a mistakenly manufactured or labeled device would still be subject to potential liability for injuries caused by the device.

In a long-awaited and widely predicted decision, the Supreme Court decided that some explicit wording in the Federal Food Drug & Cosmetic Act "preempted" state or local requirements that are different from or in addition to federal ones. They said that liability for money damages under state law for claims like negligence or strict liability counted as "requirements," and were therefore prohibited.

Members of Congress quickly reacted to the decision by promising to change the law to overturn it. Meanwhile, the Supreme Court will soon take up a similar issue as it applies to drugs, rather than medical devices.

So now, only if there is something wrong with the labeling or manufacturing of the specific medical device that hurt you—that is, it wasn’t in compliance with federal requirements—can you bring a tort case against the manufacturer of a device approved through premarket approval.

Medical devices include everything from simple items like surgical gloves and gowns to more complex electronics like MRI machines and even artificial limbs and heart pacemakers.

Most devices are not cleared onto the market through the most thorough, premarket approval process, but instead through a so-called Section 510(k) filing, named after the relevant section of the law. In essence, a 510(k) filing is a manufacturer’s explanation to FDA that its new device is substantially equivalent to a preexisting device. (In fact, many broad categories of devices are even exempted from the requirement to make that filing.)

The Supreme Court had ruled previously that devices cleared onto the market under Section 510(k) were not immune to state tort lawsuits, that is, that the "clearance" they got from the government under the 510(k) procedure did not preempt state lawsuits.

But by a dramatic 8 to 1 vote, the Supreme Court came up with the opposite answer for devices that are approved via premarket approval, a much more intensive and through review and approval of the device in all its aspects. FDA reviews and approves such a device’s safety, effectiveness, intended uses, method of manufacture, and labeling, among other details, and approves each specifically.

In the case where the Supreme Court made its decision, Reigel v. Medtronic, Inc., a Mr. Charles Reigel was treated by a balloon catheter device made by Medtronic. The device had been approved by FDA in 1994 pursuant to a premarket approval application, and changes to the label were the subject of supplemental approvals in 1995 and 1996. Mr. Reigel got a coronary angioplasty in 1996, during which his doctor inserted the balloon catheter into his artery to try to dilate it. There is some suggestion in the facts that the doctor did not use the device as suggested in the labeling.

For example, Reigel’s doctor evidently inflated the catheter to a pressure beyond the limit the label warned against, and it ruptured. Reigel required emergency coronary bypass surgery. Mr. Reigel and his wife brought a variety of state law claims against Medtronic, Among the claims was that the company was negligent in the "design, testing, inspection, distribution, labeling, marketing, and sale" of the balloon catheter. The adequacy of labeling statements, including warnings provided to users and doctors, is often the subject of lawsuits by injured plaintiffs.

In reviewing the case, the Supreme Court majority found an important distinction between premarket approval and a Section 510(k) filing. The premarket approval was "federal safety review" that was specific to an individual device. By contrast, a 510(k) filing was essentially a presentation explaining why a device was equivalent to another device.

After a complex analysis, Justice Antonin Scalia, writing for the majority of the Supreme Court, concluded that since the law prohibited state or local "requirements" that were in addition to or different than federal ones, and since the duties imposed on a manufacturer by a state that subjects it to liability for claims such as negligence or strict liability are "requirements", those claims are prohibited, or preempted, by the law. As a result, no one could bring a lawsuit against a manufacturer for such violations.

The Supreme Court presents its decision as a straightforward interpretation of the wording of the law as written by Congress. Supreme Court Justice John Paul Stevens, who agreed with the majority but wrote a separate opinion, expressed his view that, while the wording of the law was properly interpreted to have preemptive effect, he did not think Congress intended that result.

In a dissenting opinion, Justice Ruth Bader Ginsburg, argued that when the medical device provisions were first added to the law way back in 1976, some states, including California, had started to place regulatory requirements on medical devices, and Congress meant to preempt those actions, not tort lawsuits.

Changing the law to undo the preemption of these actions is already being proposed by some members of Congress who were actually involved in writing of the original law, and who are quite certain in their own minds that this result is not what they intended when they wrote the prohibition against different or additional state requirements.

Another, different chapter in the preemption debate is already being written, as manufacturers of drugs have raised a similar argument in another case due to be heard by the Supreme Court later this year. Their argument is that, even though there is no explicit wording in the law that preempts state requirements that are in addition to or different than federal requirements regarding new drugs, the Supreme Court should find that they are preempted in order to avoid thwarting of the federal regulatory scheme.

If the Supreme Court finds that state tort actions against new drugs are preempted as well, it will represent an equally dramatic change in the legal landscape to the Reigel decision’s effect on medical devices. Then the action will again turn to Congress to see if they want to override that decision with a change in the law as well.

Eric can be reached at greenberg@efg-law.com, and visit his firm’s Web site at www.ericfgreenbergpc.com 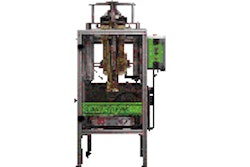 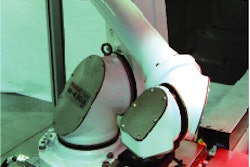 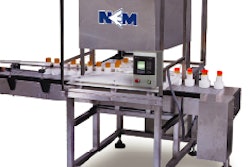