AquaDeco overcomes glass bottle manufacturing and filling challenges using a bottle design the founder created before the company even started.

Which comes first: the product or its packaging? Usually it’s the product, but in the case of start-up beverage company AquaDeco, the bottle for its imported water came before the company even started. Arnold Gumowitz, a real estate businessman and art collector with a penchant for art deco buildings, sketched a bottle with an art deco structural shape and offered his design to a gin company. The company turned it down but suggested he use the bottle for water instead. Gumowitz liked the idea, and in 2004 he started AquaDeco, a company that sells bottled water imported from Muskoka Natural Spring Water, .

To bring Gumowitz’ sketches to life, New York, NY-based AquaDeco worked with Flowdesign (www.flow-design.com). The 750-ml bottle stands tall, resembling an art deco building with fanned out fins that taper down to a stair-stepped base. Flowdesign also designed a brand name logo, which is silver hot-stamped on a clear, 2-mil, pressure-sensitive film label on the front of the bottle. The 2-mil clear film labels are supplied by WS Packaging Group (www.wspackaging.com). The rear label is six-color UV flexo-printed on both sides. The outside back label contains text while the inside back label shows a mountain image surrounded by a blue glow that is visible when viewed through the front label panel.

Once the design was complete, AquaDeco had a new challenge on its hands: finding a company technically capable—and willing—to make the bottle. “We looked in , , and for someone to produce it cost effectively,” says Evan Cooper, vp of operations. “They couldn’t produce it because of the design. It’s so heavy, and because it’s wide at the top and tapers down to the base, there was a lot of glass on the upper part of the bottle.” The company had molds made and samples run, but each time the bottles collapsed into the base as soon as they were removed from the machine. “The other problem,” says Cooper, “was the quality of the glass. A lot of the samples out of and were greenish and dirty looking,” he says. “They didn’t evoke images of pristine water.”

Finally, AquaDeco found a company called Steklarna Hrastnik (www.steklarnahrastnik.si/opal/en) in , known for producing one of the clearest glasses in the world, according to Cooper. “The Slovenians were able to come up with the optimal wall thickness and weight of glass,” he says. Once AquaDeco had its bottles, the next challenge was filling them. “We approached co-packers, but they weren’t willing to modify their lines for this bottle,” says Cooper. “We also approached manufacturers of filling lines. They took a look at the bottle and said it wasn’t worth it to come up with modifications to their lines.”

Eventually, the company found Filler Specialties (www.filler-specialties.com) willing to produce a line to fill the bottles. The filler/capper is a GWFS-93 nine-head, three-capper monobloc. Filler Specialties produced bottle-handling change parts and provided a rinser from McBrady Engineering (www.mcbradyengineering.com) as well as a conveyor system. The bottle’s rectangular shape makes it difficult to fill, so the line has to be run at a slow speed. “We’re looking to rollouts of about 50,000 bottles a month, until we can find a line to run it at production speeds,” says Cooper. Filler Specialties integrated labeling equipment from WS Packaging Group to apply the labels to the bottles.

The bottle’s plastic and chrome-plated decorative cap was custom-designed in and manually popped over a standard tamper-evident plastic cap from O-I (www.o-i.com). “During filling, no one could put on and torque the overcap,” says Cooper, “so we decided instead of modifying the capping equipment, we’d go with a standard plastic top for a glass neck bottle.” The decorative overcap is slightly flared at the base so when turned, the tamper-evident band is broken.

In February 2007, the bottle won a gold medal at the Berkeley Springs International Water Tasting show. The retail price for the water is approximately $6 to $8 per bottle. It is sold by distributors such as Southern Wine and Bev Max. 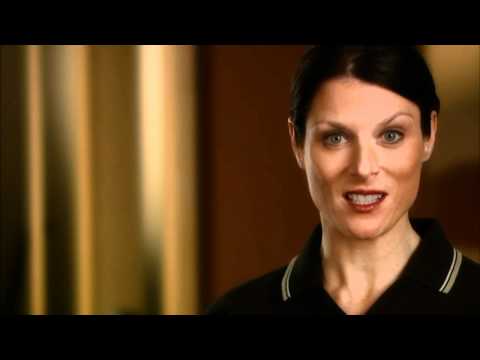 When Philippines-based Cardinal Agri faced market demand for smaller units of its bag-in-box coconut cream for the food service industry, it reached out to Liquibox for help.
Liquibox
Aug 11th, 2020