Proper response to a terror tampering will require planning, communication, and action by and among a number of different parties.

You had to know this meeting was going to be different from the very start. One leader holds up a cell phone and encourages each of the approximately 50 people in attendance to be sure their phones are on, set to ‘ring' loudly.

Then, the leaders tell us several people are sick after eating some food, but no one knows from what.

Then they tell us the federal Department of Homeland Security has raised the threat level to orange, for “elevated,” but they don't tell us exactly why.

Then they tell us they think the people got sick from eating restaurant food, but they can't be any more specific than that. Oh, and by the way, more people appear to be sick.

Later, they think the people who got sick ingested a biological toxin, and that it's likely it was put into the food intentionally to kill or make people ill.

And all the while, as we are figuring out what action to take in response to every new fact, they throw new and sometimes inconsistent facts at us. It's quite difficult to figure out what to do as the facts continually change and some facts are not even available.

The above summary describes a recent food terrorism exercise in which I was privileged to participate. Sponsored  by State of Illinois officials, and involving state, federal, county, and municipal public health officials and others from the state, the exercise was the kind of practical crisis management run-through that public officials have been undertaking with increasing frequency post-9/11.

The cell phone advice was designed for its symbolic effect on the participants. Communication, and action rather than inaction, are crucial to responding effectively in a crisis.

As has been pointed out many times in this space and elsewhere, crisis management is best undertaken before a crisis, not during it, as planning and mapping out actions and strategies in advance of different events is the best way to assure effective action should
those events occur.

This particular September exercise filled a large meeting hall. At one table sat Illinois Department of Public Health officials, at another, county hospital officials, at others, representatives of several county health departments, state epidemiologists, federal FDA, EPA and FBI. Me? I sat with a mixed group referred to as “industry.” It was our job to play the role of the quick-serve restaurant chain whose food was implicated in the illnesses.

The purpose of the exercise was for each of the participating interest groups to have a practice run at responding to a realistic “agro-terrorism” event. As the facts unfolded, each party to the exercise discussed what they would do at each stage. We were encouraged to collect or share information outside our respective tables as we saw fit. The group stopped to discuss their responses several times.

The epidemiologists collected and evaluated information about the ill, their illnesses, and possible causes, and rather quickly narrowed the possibilities. The illnesses were associated, for reasons as yet unclear to all participants, with meals eaten at our chain's restaurants. The epidemiologists surmised that something other than a microbe was the cause, because the illnesses followed the meals by only a few hours.

When the fact scenario indicated that hundreds of people in the local area were being sickened, the hospitals and local health departments implemented their existing plan for mass illnesses (part of which, incidentally, called for gathering the ill in the very room in which we sat at Decatur's Richland Community College).

At the industry table, real-life preparation for a crisis guided even our imaginary response: We rather quickly agreed that this imaginary company would be likely to have on hand a pre-existing crisis management plan that would kick in with the first reports of multiple illness. Soon after, in the face of information indicating that several to a dozen people had all been sickened soon after eating at our restaurants, we decided to fully close down all our restaurants in the affected area.

We all closely noted the facts we were given that indicated that, for produce, our company bought from a variety of local growers, but then we had a controlled distribution network, using our own trucks. Had that not been the case, we would have had to contact our third-party distributors, and it became clear that knowing how to contact them immediately, and how to identify the affected product, would have been crucial.

Early on, we were told that one truck delivering produce, along with its driver, were unaccounted for after about 8 hours. Perhaps like real life, we never did learn what happened to that truck or driver, even though it appeared that the produce he delivered had been tampered with by terrorists.

As industry representatives, we were told about halfway through the exercise that the public health officials had pinpointed the cause as ricin poison in some lettuce used in our restaurants. A terrorist organization claimed responsibility for the poisoning.

The public officials in the exercise implemented an Emergency Operations Center. A common feature of crisis responses, its stated purpose is to manage the operation and coordinate all interested parties. Representatives of many of the interest groups present moved from their regular tables to an EOC table where they interacted directly for the remainder of the exercise.

Although this exercise involved ricin in lettuce, “It doesn't have to be the food” that is the source of the contamination, says Gordon Meriwether, principal of The Uriah Group, the Virginia-based company that designed and conducted the exercise. Any product in a package is vulnerable in a variety of ways. Meriwether notes though most imagined terror tamperings involve placing dangerous agents in the food itself, they could be applied to the outsides of packages or as part of the packaging material, and consumers would still come into deadly contact with it.

The Uriah Group has conducted more than 50 exercises and simulations of crisis management scenarios for segments of the food industry and others. Primarily, their concern is an operational one, not merely security in the traditional sense. Proper response to a terror tampering will require planning, communication, and action by and among a number of different parties. “Security is a hell of a lot more than fences and badges,” says Meriwether.

One of the lasting impressions of this particular exercise is that Illinois is in good hands. The state, local, and federal officials participating knew a great deal in advance about how to handle a foodborne illness outbreak caused by intentional terror or otherwise.

Another lasting impression is the fundamentally chaotic way in which information about what had happened was revealed. Like shooting at a moving target, the great difficulty was in deciding how to react to the situation when those facts kept changing. That only emphasizes the key lesson: That advance preparation of a crisis response plan, encompassing whom to call and who does what, can help guide action in a crisis.

Eric can be reached at efgreenberg@uhlaw.com 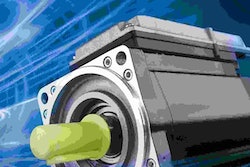 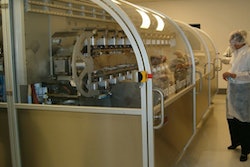