Behind the scenes in the war in Iraq, the United States Marine Corps has been supplied in part by container carousel storage systems from FKI Logistex White Systems.

The systems include bins that permit quick, orderly dispensing of small maintenance and repair parts such as set screws, gaskets, ‘glow’ plugs, and hydraulic lines, explains Marine Lt. Col. Al Will, project officer with the Marine Forces Atlantic. “As you can imagine, managing all the small items necessary for the field can be difficult without this type of system.”

Empty carousels in 20’ containers are sent to the Marine Corps’ Blount Island Command Center in Jacksonville, FL, where products are loaded into them by contractor Honeywell. The filled systems are usually stored aboard Maritime Prepositioning Force ships, Will says. “Several were off-loaded and placed in the field warehouse in Kuwait in support of Operation Iraqi Freedon. Marines would pick parts from carousel locations in response to demands from front-line units in Iraq.” Currently, the Marine Corps owns 18 of the White systems.

Will says these systems replace other storage containers. The new units provide “higher-density (more efficiency) storage, and in most cases there is a one location-one part number relationship. That makes it easier for the Marine to locate the required part. The Marine Corps’ warehouse management system can also interface with the carousel controllers, which means we have warehouse management system accuracy and control in all of the different types of field warehouse systems.” 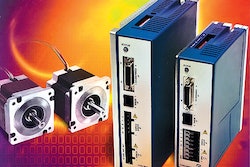 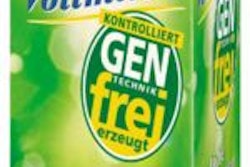 A glimpse into global beverage applications