Supplied by Amplas (Green Bay, WI), the latest of three 30"-wide Model 770W-S22 wicketers with 22" wicket arms was added in early '94 to help the converter meet growing demand. The wicketers run 24 hours/day, six days/wk, producing bags for products such as diaper bags, bread and pet foods. "We've invested millions of dollars in our rotogravure and flexographic printing presses, so we don't want to scrimp when it comes to the machinery that produces the product the customer finally sees," says Sengewald president John Quinn. "We can't afford to sacrifice the effect of high quality printing with a poorly constructed bag." Sengewald produces blown film, prints the material in up to eight colors on one of its nine presses, laminates structures as necessary, then produces a variety of customized bags. The Amplas machines "give us the degree of control we need," says Quinn, for the widths, gauges and thicknesses the converter runs. A servo motor-driven unwind "provides us with the tension control that we need without the drag from brakes." Besides meeting increased demand quickly, and allowing for quick bag size changeovers, the wicketers enable Sengewald to offer quick turnaround. One example, Quinn notes, was a recent order from a food producer that came in on a Monday. Limited production began three days later. After determining that additional modifications would be necessary, "Amplas delivered new parts on Saturday morning," he says. "And by that afternoon the job was run." That success earned Sengewald a steady order of 50ꯠ lb of material/month from the food company. 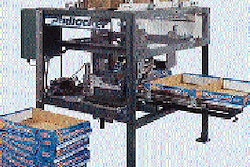 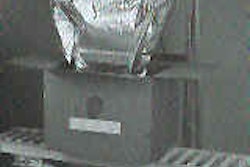 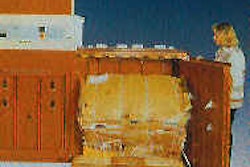