Automation Evangelist asks: Are you certifiable? 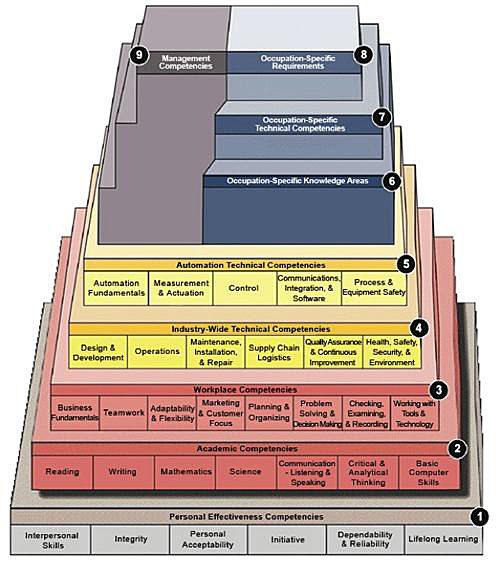 Attendees of the 2012 Automation Conference witnessed a rallying cry to boost the visibility of their profession, delivered by Dean Ford of Glenmount Global Solutions, in the packaging session, "Trends in Packaging Automation Applications."

Ford, vice-president, of automation and information solutions for the Austin, Texas-based controls, automation, energy management, and information technology integrator and consultancy, called automation an "unknown profession" despite its pervasive nature in the industrial economy. He cited three reasons this may be the case:

Ford characterized automation as "the first green profession, a field whose origins are steeped in energy savings and efficiency across fields such as electricity; sewer and water; transportation and all forms of industrial production. Still, awareness of automation and all its complexities remains low even as sustainability has risen to prominence from the board room to the world's financial exchanges. His advice to engineers? Keep a "laser focus" on technologies that offer energy conservation, reduction and cost-saving benefits.

Present conditions, he maintained, present a potential renaissance for the profession, however, particularly in North America. He cited one U.S.-based manufacturer whose domestic operations justified their existence with significantly higher efficiency and quality; manufacturing costs were 1.4 percent lower in China—before shipping costs were factored-in.

The good news is that there is currently "unprecedented" demand for plant floor technology, Ford said, at all levels from instrumentation and controls to enterprise systems. In light of this demand, the logic would seem to follow that the industry mature.

One way for the industry to mature is to seek a convergence and harmonization of standards from a litany of organizations such as ISO, ISA, OMAC, "ABC, XYZ and so on," Ford said. Another way is to better define automation as a profession in terms of an "Automation Competency Model" (pictured), and a certification program to codify technical professionals' accomplishments.

B&R introduces C-mount cameras to its vision portfolio along with C-mount lenses that cover a wide range of focal lengths from 12 to 50 mm.
B&R Industrial Automation
Jan 7th, 2020

When space constraints made it difficult to use the top-mounted delta-style robot that Nuspark was accustomed to, the firm opted for a compact gantry-style robot in its tray packer.
Pat Reynolds
Dec 5th, 2019

Festo introduces the Simplified Motion Series of electric drives, which are equipped with Digital I/O and IO-Link to enable a range of operational and productivity benefits and deliver intelligent IIoT communication.
Festo Corporation
Nov 15th, 2019

Festo introduces the CPX-AP-I remote I/O system designed to improve the performance of mixed valve terminals and I/O systems. It is compatible with most communication protocols, including EtherNet/IP, PROFINET, and EtherCAT.
Oct 22nd, 2019

Beckhoff introduces the CU81xx uninterruptible power supply (UPS) series with one cable technology that minimizes installation work. Units are designed for universal use in the field.
Oct 15th, 2019

B&R is equipping its standard motors with a safe encoder mount, making them suitable for all safety applications.
Oct 11th, 2019

Machine Development Driven by the Latest in Advanced Controls