Manufacturing demands performance in terms of throughput, yield, and uptime: the overall equipment efficiency (OEE) model. Additionally, manufacturers are always pushing for greater accuracy and lower cost while maintaining quality and safety. These are the key drivers for machine builders.

Increasingly, manufacturing also requires moving product automatically during setup or production. This calls for a system that centers on motion and relies on it to be fast and accurate. If a controller has not been designed around motion, it may have inherent architecture barriers to performance when used to increase OEE. Consequently, machine manufacturers are forced to coordinate and synchronize the controllers across technological boundaries such as motion, vision, logic, and safety.

“We started a new category called Machine Automation Controller (MAC) where the most important attribute is motion performance,” says Bill Faber, commercial marketing manager for automation products at Omron Industrial Automation. “A true MAC can handle applications that require a high level of synchronization and determinism as it integrates multiple technologies across the boundaries of motion, vision, logic, and I/O—all without sacrificing performance.”

A MAC features an advanced, real-time scheduler to manage motion, network, and the user application updates at the same time to ensure perfect synchronization. Updating all three in the same scan is unique to Omron Industrial Automation’s NJ Series MAC. System synchronization occurs when the user application program coordinates with the motion scheduler, the network servo drives, and ultimately controls the motor shafts. When each motor shaft is synchronized with each other, what is true for two axes is true for nine, 17, or even 64 axes.

“There are many 8-axis and 16-axis controllers on the market,” notes Faber. “If there is a need to expand the coordination of motion beyond that number of axes, another motion module is typically added. However, this is where many PACs fall short, because the application requires synchronization across expansion and scalability of motion, through to the network, and back to the application program into the motion scheduler. MACs have this capability.”

To best approximate the intended motion profile, the controller must be deterministic to accurately coordinate all axes in the system. All this points back to the main driver: to increase throughput, the system requires the axes to remain synchronized with great repeatability to guarantee higher performance of throughput, yield, and uptime.

“Lower yields will result and the system may require shutdown to make adjustments,” notes Faber. “Uptime is not necessarily just a factor of the equipment itself. It's also a factor of the production process. If motion is not accurately controlled to match the process, when speeds are increased, the result is bad parts as the machine goes slightly out of control. This clearly impacts uptime because upstream and downstream processes need to be readjusted as well. For the next generation of platforms, machine builders need to be assured their architecture will allow them to expand throughput and yield without the platform becoming a bottleneck.”

Thus, the need for the MAC has essentially been created by the demand of modern machinery to produce faster in terms of performance and contain many functions within them. MACs deliver the requisite functionality with one connection and one software application, taking the idea of integration to a new level.

Convergence
The revolutionary step was to purposely design the MAC to integrate multiple, specialized controllers with exacting system synchronization to deliver high performance throughput on a single controller. Logic, motion, vision, I/O, and functional safety are all coordinated with just one MAC. By using one real-time network to exchange data for all the system components, setup time is reduced from weeks to hours, and everything becomes easier by eliminating the need for integrating multiple protocols.

Consider the MAC advantages in a simple application such as a vision guided, Cartesian pick-and-place robot. There are two parts: the setup and actual production. The coordinate system of the camera must match with the coordinate system of the Cartesian robot. To get the camera data to the controller in a coherent form, a lot of time is spent developing the protocol. Previously, this might have taken the combined efforts of an articulated arm robot manufacturer, a third party vision system engineer, and a PLC vendor. There could be three different systems, from three different companies, using three different technologies. At this point three engineers would be in a room, taking weeks to figure out how the systems can communicate with each other for commissioning. By design, a MAC allows these technologies to converge so protocol development can be completed in a matter of hours.

On the performance side, the use of a real-time network enables the passing of vision data to the motion system without losing a scan. This is only possible if vision and motion are on the same network.

As another challenge, machine builders want to adjust servo parameters on the fly. This added functionality could create performance loss as the whole system gets overloaded with a high number of axes moving at high speed with full synchronization. According to Atef Massoud, motion and drive engineer for Omron Industrial Automation, what makes MAC especially good for motion control is that it has all the elements to do it without degrading performance. “With a lot of machine controllers, there is a loss of speed if synchronized motion control is combined with a large number of axes, and there is a need for adjusting servo tuning at the same time,” he says. “Non-MAC systems require additional CPUs to accomplish this.”

The New Performance Benchmark
Today’s benchmark to qualify for the MAC category is processing 32 axes and updating in one millisecond. “There were many earlier attempts to create a multidisciplinary controller,” says Shawn Adams, director of marketing from Omron's Pan American operations. “PACs were the most prominent. There were attempts to apply them to process control, to cell control, and to machine control; but we all knew that the PAC had to have a heavy operating system. Also, for really high speed motion control, that controller and configuration required many CPUs. The performance of motion control will drop as the number of axes increases. This is typical of many control manufacturers who wanted to hit many birds with a single stone.” In the wake of this scenario, the development of a highly targeted solution such as MAC now seems inevitable and likely to find a very receptive market.

“The MAC does what I’ve wanted in a product for literally my entire career as an automation or controls engineer,” says Ken Kunze, president of GEA of Texas, a leading distributor of high-technology industrial automation components and solutions. “It can integrate logic, motion, temperature control and visual inspection, as well as provide an open network over which we can pull together other devices.”

According to Faber, the market for MAC is where the motion market, the vision market, and the PLC market have commonality. In the packaging industry, machines for packing, wrapping, cartoning, and palletizing use a certain amount of robot functionality combining vision and motion, and a great amount of axis synchronization. These represent the successes where early MACs have been applied.

“Almost all packaging machinery has been limited to intermittent motion, and so it becomes very difficult to do anything that is coordinated,” explains Kunze. “By coordinated, I mean things such as circular interpolation or helical cam profiles. Historically, we’ve had to go to a dedicated motion controller to do that, and then we have to find some way to integrate the logic with the motion controller. It’s been a pain to do that. Now with integration through the MAC, I can go to every one of my packaging customers and say, ‘what has been limiting you is no longer a limit. So what do you want to do next?’”

Further applications for MAC under development include intelligent controllers that can handle multi axis synchronization at the heart of machine operations. An example of this use is an application involving soft material cutting or 2D cutting—be it wood, plywood, glass, stone, or industrial textiles—where a certain amount of path or pattern execution functionality is needed, as well as handling and positioning. It is multi-axis control, but does not require the extremely high functionality of typical CNC controllers. “These emerging machine applications will require the functionality and flexibility that MAC delivers,” concludes Adams. Now that MACs have emerged as a revolutionary solution, further machine development incorporating their advances will continue evolving, with motion at the core, and with the creation of value as its ultimate work.

“With MACs, you won’t have to sacrifice performance,” says Faber. “You can do coordinated motion and vision at the fastest rate without having to add CPUs. That’s really the key.” 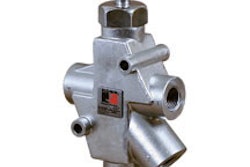 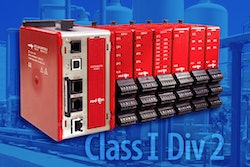 Red Lion: Modular controller series for use in hazardous locations 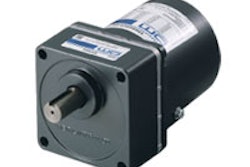