“While the new pedigree requirements will become effective on December 1, 2006, and RFID is an excellent way to comply with those requirements, FDA is not specifically mandating the use of RFID.”

It’s not so much that the Food and Drug Administration (FDA) got fed up but it sure does look like they ran out of patience.

In June the agency’s Counterfeit Drug Task Force recommended a series of steps to tighten the protection against counterfeit drugs and FDA immediately adopted them. Key among those recommendations was to finally start requiring as of this December some drug distributors to keep a “pedigree” on their prescription products (a chain of custody) a requirement they had postponed since 1999.

The counterfeit drug problem remains a dark cloud hanging over the worldwide pharmaceutical marketplace. There have been serious counterfeiting incidents in the U.S. but so far it tends to be a bigger problem in other countries. The counterfeiters are often quite professional and sophisticated and counterfeits can come in a variety of forms. When counterfeiters make fake products they typically fake up the packaging and labeling too since their ability to print and package is also quite sophisticated. Counterfeits can look like the real thing but have no active ingredient or sub-therapeutic amounts of the active or can be plagued by an almost infinite variety of other problems.

The FDA’s Counterfeit Drug Task Force analyzed the drug distribution marketplace and found that frequently there are a multitude of players between the manufacturer and the retailer including distributors and re-packers and that means there can be additional opportunities to introduce counterfeit drugs. Add to that the possibility that counterfeit or substandard product can be mixed in with legitimate product and it becomes clear that the more hands through which drugs pass the greater the likelihood for mischief.

FDA says “We have witnessed an increase in counterfeiting activities and a more sophisticated ability to introduce finished dosage-form counterfeits into legitimate drug distribution channels over the years.” For the third time in three years the FDA’s Counterfeit Drug Task Force has issued a significant report which is testimony both to the size of the problem and to the agency’s commitment to attacking it.

Packaging is not only part of what’s fake about counterfeits it is also as is often the case playing a central role in measures to attack this product authenticity issue. A wide variety of packaging technologies and structures including specialized bar codes holograms and special inks and codes are among the methods for thwarting drug counterfeiting that the ever-creative packaging industry continues to develop.

And of course radio frequency identification (RFID) is an important player in this area. FDA recognizes that no single technology is likely to fully address this complex problem. Still from the Task Force’s first report it has encouraged manufacturers to begin utilization of RFID for its advantages as an anti-counterfeiting measure among others.

In fact the emergence of RFID and its expected penetration into the drug distribution marketplace was the reason FDA decided to delay the regulatory requirement for a pedigree for the chain of custody of drug products throughout the distribution system.

When Congress passed the Prescription Drug Marketing Act way back in 1988 and modified it with the Prescription Drug Amendments in 1992 it required in part that “each person who is engaged in wholesale distribution of a drug who is not the manufacturer or authorized distributor of record of such drug [must] provide to the person who receives the drug a statement (in such form and containing such information as the [FDA] may require) identifying each prior sale purchase or trade of such drug (including the date of the transaction and the names and addresses of all parties to the transaction.)”

FDA made regulations to implement this requirement but was concerned with their impact on secondary wholesalers and small operations so they delayed the effectiveness of this pedigree requirement in 2000.

Later FDA saw the emergence of RFID as a potentially nifty way for industry to comply with the pedigree requirement so it delayed it again to give industry a chance to start using more RFID. Therefore “Most recently” said FDA “in early 2004 FDA delayed the effective date of certain regulatory provisions regarding pedigrees to allow the industry time to adopt electronic technology for tracking drugs through the supply chain.”

The idea of a pedigree is to build into the distribution chain a confirmation that a product has been handled and moved properly. RFID creates as FDA puts it “an electronic pedigree (e-pedigree) for tracking the movement of the drug through the supply chain.”

Whereas in 2004 FDA expected this technology to enter the marketplace to a great degree it isn’t moving along as quickly as FDA had hoped. For that reason they feel they must move ahead with requiring the pedigree to give RFID and other technologies a regulatory wake-up call. FDA also said that it has not heard lately about the burdens on small wholesalers so that they didn’t perceive that as a roadblock to implementing the pedigree requirement.

They thus lifted the stay and allowed two regulatory provisions to become effective starting in December: Section 203.50 containing the details of the prescription pedigree requirement and Section 203.3(u) defining what an “ongoing relationship” means between a prescription manufacturer and a distributor which affects who is an “authorized distributor of record.”

The Task Force also recommended that stakeholders including drug packagers and FDA work cooperatively to continue “to expeditiously implement widespread use of electronic pedigrees across the drug supply chain.”

Most of the comments that FDA received recently recommended against FDA’s mandating the use of RFID in the drug supply chain. Instead commenters want FDA to simply continue to encourage its use and actively support RFID standards and other implementation measures. FDA cited several companies who have already moved ahead to tag their products with RFID but the agency said it was “disappointed with the lack of overall progress across the drug supply chain.”

On balance the Task Force said it agrees that FDA should not mandate RFID as such. So while the new pedigree requirements will become effective on December 1 2006 and RFID is an excellent way to comply with those requirements FDA is not specifically mandating the use of RFID.

Among the Task Force’s other recommendations is that FDA help in the development of messages symbols or statements for labeling of drug products and packaging containing an RFID tag. Some critics have raised questions about privacy issues suggesting for example that tags be “turned off” before they are received by consumers. This might help with privacy concerns but could hinder investigation of where a diverted drug came from if it made its way back into commerce.

As a kind of soft phase-in of the new pedigree requirement FDA is making clear it will target its first year of enforcement activities at those products most likely to be counterfeited including those with high value in the marketplace those who had been hit before and newly approved drugs. 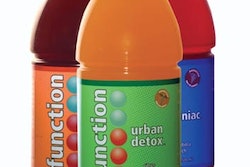 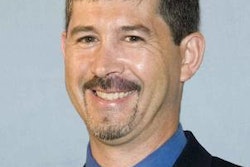 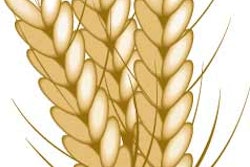 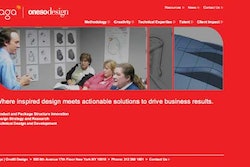