Are privacy concerns about RFID valid or conspiracy-theory paranoid? 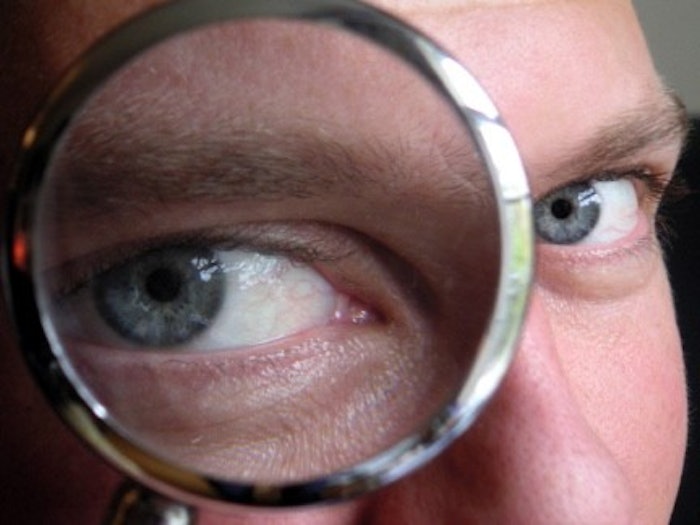 Was it an eerie coincidence that the Hall and Oates song “Private Eyes [are Watching You]" played before a keynote address at the RFID Journal Live! conference in March? (see Consumer privacy and RFID, published in April 2005.)

Privacy is an issue that some see as a potential dark cloud to RFID's silver lining, while others dismiss it out of hand.

But RFID expert Shahram Moradpour, cofounder of consultancy Cleritec Systems, is not one of them. “I see privacy as one of the factors that looms larger than the technical barriers," he says. He points to Spychips, a book published in October that’s an extension of a Web site of the same name run by the coauthor, Katherine Albrecht. She is said to link RFID to the Biblical End Times as the Mark of the Beast mentioned in John's book of Revelation. Previously, other authors have similarly linked the End Times to the UPC.

The fact the book has ranked among the Top 200 or so on Amazon sales [Editor's Note: That was the book's rank in early October, though subsequent checks indicate a lower ranking] makes it worthy of attention, if not concern, says Moradpour, who has also written a book on RFID and thus has a personal interest in tracking sales of RFID and related books.

"Those numbers tell me that even though people within the world of RFID, and especially vendors, say 'don't worry about privacy,' there seems to be a big interest on the part of consumers,” he says. “The reality is that people pay attention to this stuff, so it cannot be dismissed. The best way to address it is through education." Companies like Wal-Mart and P&G have offered educational information about RFID on their Web sites.

RFID authority Louis Sirico, aka Mr. RFID, who has dined with Harvard grad Albrecht, says she raises some valid concerns about privacy and tracking. However, Sirico points out that RFID itself is a piece of information that, if matched to another particular piece of information, [I]might[n] be useful to someone. But he feels secure since combining diverse databases and mining deep enough to gain useful information would seem impractical if not close to impossible.

"So they figure out I buy Listerine weekly, big deal," says Siroco. Seriously, he knows that companies regard safeguarding such data as critical, and that "consumers' doubts and uncertainty can be removed using education."

AIM Global, the trade association representing RFID manufacturers, believes that policies and procedures should be put into place to ensure consumers the following rights:

* To have RFID tags removed or deactivated when they purchase products.

* To opt out of RFID-enabled services.

* To know when, where and why the tags are being read.

AIM Global also created a distinctive emblem to be placed on any RFID label or tag to indicate the type of RFID being used.

The organization offered a rebuttal to the claims made in Spychips via a book review published in early October Spychips: Fact or Fiction. The scathing review begins "To truly point out all of the flaws in this tome would, itself, require an entire book, but it is important for us to point out the most egregious errors and faults immediately. Left unchecked, consumers, the media, business leaders, and government officials could proliferate this misinformation, draw faulty conclusions, and ignore the current benefits and promise of RFID.

For conspiracy buffs, this book makes a great read. It has just enough technical detail to lend it an air of credibility and more than enough nightmarish speculation to make it truly frightening—which is exactly the point of any good horror novel."

According to consumer research by CapGemini 2 released in early 2005, Consumer Education is Key to Boosting Awareness and Overcoming Misconceptions about RFID, privacy-related issues are the most significant consumer worry. More than half of respondents express concern about:

• Third-party use of their personal data

• The possibility that RFID labels can be read at a long distance years.

The growing volumes of RFID-tagged items may only exacerbate concerns, especially as item-level tagging increases. According to research by IDTechEx, 500 million RFID labels will be used globally on pallets and cases in 2006, including those containing food, drinks, beauty and pharmaceutical products. Indeed, by 2015, there could be over 400 billion RFID labels fitted to consumer goods, creating an RFID market worth US $24.5 billion globally.