Business wins a round on ergonomics

The Occupational Safety and Health Administration’s comprehensive ergonomics regulations, which would have taken effect in October, were overturned by Congress in a first-time use of the Congressional Review Act of 1996.

The act gives Congress the power to review and revoke actions by regulatory agencies. President George Bush signed the legislation, winning praise from the business community, which had strenuously opposed the regulations. A top priority for organized labor, the ergonomics regulations would have affected 100 million workers in some six million workplaces and would have had a ripple effect on workplace operations. This was merely the latest round in OSHA’s decade-long effort to implement ergonomic regulations aimed primarily at preventing musculoskeletal disorders and repetitive motion injuries. The Labor Dept. is working on alternatives, which could take the form of voluntary guidelines or replacement regulations. Whatever is offered will be different from the overturned ergonomics rule because the Review Act bars the regulatory agency from reissuing the same rule or one “substantially” the same. Disease claims The Grocery Manufacturers of America is demanding that the Food and Drug Administration give equal treatment to conventional foods and dietary supplements when it comes to disease claims and has threatened to file suit if it does not. At issue is FDA implementation of the Pearson v. Shalala U.S. Court of Appeals decision that ruled that FDA’s policy on food disease prevention claims was too restrictive. The case involved four disease claims for dietary supplements, and so far, FDA has altered its policy only in regard to those four claims and only for dietary supplements. “FDA’s continued preference to read the First Amendment protections narrowly to the facts of the Pearson case is a misreading of the case law,” said James Skiles, GMA vice president and general counsel. “Nothing in the Pearson decision limits the impact of the court’s analysis to dietary supplements.” What to say FDA is asking for comments on the types of information that should be included in the guidance it is developing for the use of structure/function claims for dietary supplements. By law, dietary supplements may not make claims about the product’s effect on the structure or function of the body without presenting evidence of safety and effectiveness before marketing. Such evidence must support disease claims. FDA has stated that the guidance will contain examples of labeling claims that are not considered disease claims. The agency is asking for comments on the topics to be included in the guidance and suggestions for additional topics. This guidance will not address the issue of substantiation of structure/function claims, but FDA has said it will issue a separate guidance on that subject. Comments are being accepted until May 23, 2001. 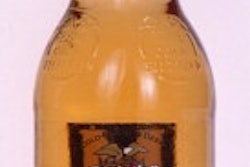 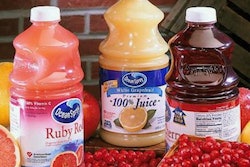 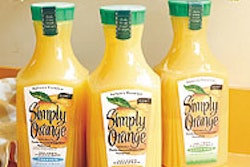