The Food and Drug Administration (FDA) has proposed a 120-day premarket notification for biotech foods in which manufacturers would provide the FDA with information demonstrating that the product is as safe as its conventional counterpart.

The agency also issued draft guidance on voluntary labeling for foods made with or without biotech ingredients. The proposal addressed increasing public interest in biotech foods and was based, in part, on feedback received in FDA-sponsored public hearings and written comments. These showed considerable public support for a more transparent process and FDA awareness of new biotech products about to hit store shelves. The labeling guidance aims at ensuring that labeling, which remains voluntary, is not misleading. "Derived through biotechnology" and "bioengineered" are acceptable terms in the labels of food with biotech ingredients. Focus groups showed that consumers prefer label statements that describe the intent of the bioengineering, such as "This product contains high oleic acid soybean oil from soybeans developed using biotechnology to decrease the amount of saturated fat." Manufacturers wishing to tout that their products are made without bioengineered ingredients must steer clear of terms like "GM free," "GMO" and "modified" because consumers do not understand these terms, and the words are not technically accurate. Instead, manufacturers should use statements like "We do not use ingredients that were produced using biotechnology." These claims must also not imply that labeled food is superior to nonlabeled foods. Food groups, including the Grocery Manufacturers of America and the National Food Processors Assn. (NFPA), praised the FDA's proposal, which mirrored many of their positions. Dr. Rhona Applebaum, NFPA's executive vice president of scientific and regulatory affairs, said that it is essential that mandatory labeling be confined to information that goes to the safety, health, composition or nutritional value of the food. Even the Center for Science in the Public Interest gave qualified approval to the proposal, calling it "modest steps in the right direction for increasing public confidence in genetically engineered foods." It said Congress should mandate a formal approval process and should consider mandatory labeling of biotech products provided such labeling would not be pejorative or significantly increase costs. But Rep. Dennis Kucinich, D-Ohio, sponsor of last year's bill to require mandatory labeling, described FDA's proposal as "misguided." 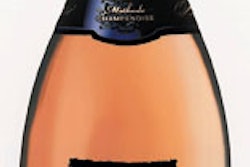 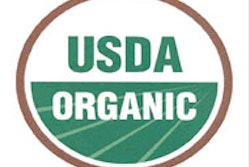 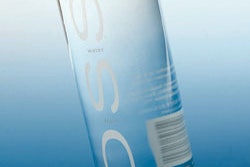 A 'greener' way to decorate