The case for and against RFID in pharma

Dirk Rodgers
Dirk Rodgers, who contributed to Healthcare Packaging’s Pharmaceutical Serialization Playbook, is an independent consultant and founder of RxTrace.

Back in 2010 I published an essay that really rattled my friends in the RFID (radio frequency identification) vendor community (see “RFID is DEAD…at Unit-Level in Pharma.”)

Since that essay was published, the two or three drug companies that were previously shipping drugs with package-level RFID tags on them have ended that practice, replacing the RFID tags with 2D barcodes. This includes Purdue Pharma and Pfizer, the two flag carriers for RFID in pharma back in the late 2000s.

A hollow “win” or a seed planted?

To make matters worse for the RFID industry, the new Federal Drug Supply Chain Security Act (DSCSA)—enacted last November and defining technical requirements for drug identification in the U.S. for the next 10 years—explicitly mandates serialization encoded into 2D DataMatrixbarcodes at the unit level.In other words, the use of RFID to identify drugs in the U.S. will not comply…by an act of Congress and the agreement of the President.

But I guess it is not quite that bad for the RFID industry.After an early draft of what eventually led to the DSCSA contained language that mandated only 2D barcodes, I included a taunt to the authors—and a heads-up to the RFID industry—regarding that point in my next essay (see “What If RxTEC Isn’t Adopted?”). Almost every bill draft published after that—including the enacted DSCSA—contained additional language that allows the U.S. FDA to identify “other technologies” for carrying the serial number and other identifying data (see “The Federal Lot-Based Pedigree Before Congress”)—perhaps a hollow “win” for the RFID vendor community. Or, for you eternal optimists out there, a seed planted, who knows?

The U.S. pharma supply chain is made up of three primary segments rather than just two, like most other major supply chains. By that I mean that the vast majority of drugs move through three different types of companies, each forming a “segment”:

• Dispensers, including chain, independent, mail order, and hospital pharmacies, but also including clinics, and even individual doctors and dentists.

Having three segments in a supply chain complicates the adoption of any new technology that must be deployed by all companies unless you have a powerful mandate. I think it is unlikely that the FDA or anyone else from the U.S. government would require the adoption of RFID on drugs. Why would they do that?

To make RFID useful to this supply chain, all of the companies listed above would need to deploy, not only RFID readers but also new software that works in a sequence of events that differs from those followed today with barcodes. That might not be a big deal if you were starting from scratch, or if you introduced a new reason to read identifiers with RFID that doesn’t exist with barcodes, but in use cases that make use of barcodes today, adding in RFID causes more trouble than it addresses.

By adding a second sequence of steps that must be followed, users would need to first determine if the product is marked with a barcode or a barcode plus RFID, or just RFID. Then they would need to follow the steps necessitated by the technology to capture the identifier on the drug package or shipping container. A transition from all barcodes to all RFID would take years and the inefficiencies introduced by this fumbling around with each package would cost gobs of money, spread around the supply chain.

A new reason to use RFID

The bottom line is, for RFID to even begin to be accepted and deployed in the U.S. pharma supply chain there would have to be anew reasonto use it, not just today’s supply chain identification use cases.

Take a look at what has been done in the apparel industry with RFID to see what I mean. (Make sure you read that linked article and find the quote by Bill Hardgrave, dean of Auburn University’s College of Business: “When we look back, it almost seems silly that we started it as a supply chain tool.”)

RFID is increasingly being used in the apparel retail industry to monitor and continually adjust store floor inventory. This enables benefits that extend way beyond the cost of the tags and it all runs in parallel with barcodesand outside of the supply chain, and so some chain stores have even decided to tag everything themselves.

What if, in their haste, they put the wrong tag on a product, or otherwise mess up the association between the product and its electronic identification? What if the tag fails and cannot be read at some point? No big deal. These things are rare enough that the use case still works. Nobody gets hurt. In fact, my bet is that some value would still be captured even if the tags applied and the information read were as low as 75% accurate.

That poor level of accuracy would notwork for drugs where a significant percentage of the regulations issued and enforced by the FDA are to ensure 100% accuracy in the identification of a given drug once it reaches the patient and everywhere between. That is one of the reasons for FDP process validation of packaging systems. And there is a huge gap between 75%, or 85%, or even 99%—and 100% accuracy when it comes to drugs.

For RFID to be used in pharmaceuticals, the tags would need to be applied by the manufacturers.Downstream trading partners like wholesale distributors and dispensersmust not add their own drug identification technology—like RFID—to drug packages unless they too validate their systems and follow Current Good Manufacturing Practices (cGMP), just like the original manufacturer.If they don’t, bad things are going to happen.

So what does this success of RFID use in the apparel supply chain say about potential uses in the pharmaceutical supply chain? Maybe a lot.

In apparel stores, the RFID tags are generally not used for supply chain purposes, but to enable rapid, automated inventory counting. So rapid, in fact, that it is effectively continuous. This is something that wasn’t possible before. It is a new paradigm in the operation of a store and it allows retail organizations to optimize their floor inventories, which has been shown to measurably increase sales.

Can something like that happen in the pharma supply chain? Ray Vrabel, PharmD, suggests that RFID could greatly increase the efficiency of complying with precise DEA inventory requirements for controlled substances. The only problem is, accuracies would still have to be much higher than 99%. But the coverage area and number of controlled products are limited enough that RFID just might be accurate enough. Success in that subset of pharmaceutical product just might open the door to the use of RFID on all drugs.

Could that be the new reason we need to kickstart the use RFID in the pharmaceutical supply chain? It just might be. 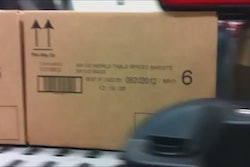 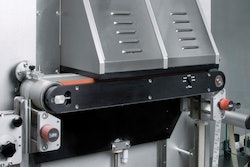 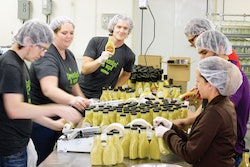