How can they get away with that? (Well, maybe they can't.)

For all those who have ever looked at Internet ads or emails or late-night infomercials for dietary supplement and food products claiming all sorts of medical miracles and wondered, ‘How can they get away with that?’ the answer appears that at least some of them cannot.

Ahh, but all of us have probably seen advertisements for products with claims about curing cancer or AIDS, and we know in our guts that such claims don’t have substantiation.

Despite the many genuine benefits provided by a wide range of dietary supplement products, those claiming dubious benefits have seemingly always been a fixture in the marketplace. They can make life tough for the legitimate products, as they, unfairly, reflect badly on the industry as a whole.

And sometimes there seem to be so many of them, especially on the Internet, that it’s tempting to wonder if anyone is minding the store. “Anyone” in this context refers primarily to the U.S. Food and Drug Administration, which regulates foods including dietary supplements, and the Federal Trade Commission, which regulates advertising. It’s often stated but not true that dietary supplements are “unregulated,” as there are a range of labeling requirements that apply to them, as does the requirement, noted above, that those responsible for the product have substantiation for any claims they make of their product’s effect on the structure or function of the body.

But if no one enforces that requirement for substantiation, then companies can market products in violation of law without any consequences.

Moreover, it’s true that traditional foods and dietary supplements can even tout their benefits at preventing or curing diseases under limited circumstances. However, those claims have to either match up with a preexisting regulation permitting the claim; or tout a finding by an authoritative government body; or meet FDA-sanctioned parameters for “qualified,” or limited, health claims about diet and health connections that are emerging but are not yet the subject of “significant scientific agreement.” It can be frustrating for product packagers to recognize that even a health claim statement that is true would be prohibited if it doesn’t fit within one of FDA’s permissible categories for health claims.
And, of course, a statement that’s pretty clearly not true has an even shakier legal foundation. Any statement on a label that is false or misleading in any detail renders the product “misbranded” and in violation of law.

Also, what does FDA call a dietary supplement that makes a prohibited health claim for itself in labeling or advertising? A drug, that’s what. And an unapproved, misbranded, and adulterated drug, to boot.

In June, FDA sent 23 Warning Letters to as many companies and individuals putting them on notice that they were making illegal (fraudulent, to be more specific) claims that their supplement products cured cancer, and warning them to stop or face more serious consequences, like seizure, injunction, or criminal prosecution.

The products’ proprietors all claimed to either prevent or cure various forms of cancer, alleges FDA. The products included a wide range of “tablets, teas, tonics, black salves, and creams,” said FDA, and they were sold largely via the Internet. The products contained, said FDA, “ingredients such as bloodroot, shark cartilage, coral calcium, cesium, ellagic acid, “Cat’s Claw,” and a variety of mushrooms.

What’s especially troubling about these products is that they are often directed at seriously ill persons for whom conventional medicine offers little or no hope, and who are understandably desperate to try something new. Sprinkle in a little suspicion of the medical establishment and of FDA, and many consumers are willing to believe these aggressive claims.

In fact, there may even be emerging scientific basis for some of the claims, but for most there probably isn’t.

Also minding the store are dietary supplement trade groups who help police their own industry. These groups have an interest in seeing to it that dietary supplements are high quality, reliable health products that consumers trust, and they tend to applaud FDA crackdowns on phony claims. For example, the Washington, DC-based Natural Products Foundation says, “One of the chief purposes of the foundation is to act as a resource for industry members and others regarding truth in advertising.” The group has always encouraged FDA and FTC to enforce the law against illegal claims. The Foundation describes itself as “organized exclusively to stimulate and support research, education, and knowledge regarding dietary supplements, nutritional foods, and related products, with the overall objective of advancing the knowledge of the public, and thereby, improving public health.”

So if FDA’s issuance of a Warning Letter is an enforcement action, what happens after FDA sends it?  Warning Letters to a company threaten more serious action—”seizures of illegal product, injunction, and possible criminal prosecution”—if the company doesn’t stop marketing the product with the offending label claims.

In response to Warning Letters and to the accompanying commercial pressures, companies often comply, withdrawing the product altogether or amending the labeling and advertising to avoid illegal claims. But if the companies don’t comply, FDA may or may not come after them with the more serious actions, simply because the agency lacks the resources to go after all the offenders with the strong actions. It’s an especially big problem when sales are made over the Internet and the proprietor of the product cannot be identified or found with ease, or is overseas (though FDA is increasingly working on the foreign front). Also, the Federal Trade Commission can bring actions against those responsible for false advertising, and often extract large sums from the offenders.

Still, not all the violators are stopped, and as noted above that tends to raise doubts in the minds of consumers about the reliability of all dietary supplement products, and even of other types of foods and drug products that tout their health benefits. Strong, fair, and appropriate enforcement of the law’s requirements ideally will lead to fair competition, more freedom for legitimate claims, and more consequences for illegitimate ones. Such fair and effective enforcement is therefore important not only to consumers, but also to a whole range of industries.

Eric can be reached at greenberg@efg-law.com, and visit his firm’s Web site at www.ericfgreenbergpc.com 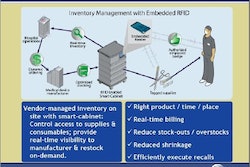 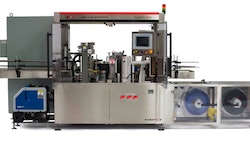 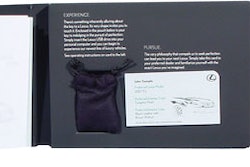