My fear right now is for those of you who might not finish reading this column, but who work with irritating colleagues.

Be careful if you are asked by that irritating colleague, "Hey, did you see FDA’s new changes on food irradiation?"

You might want to proudly summarize the March column in this space about how FDA expanded the packaging materials you can use when you irradiate food. But your colleague, who, as noted, is a pain in this way, might well say, "No, not that. Even newer than that. FDA just proposed to change the rules to require fewer irradiated foods to be labeled and to allow flexibility in what you say on the label when they are irradiated."

There are few things as irritating as an irritating colleague being right. But the colleague described above would be right. Because hard on the heels of an FDA expansion of packaging materials deemed usable with irradiation comes a proposed regulation that drastically alters the framework for labeling of irradiated foods. In fact, if this rule gets finalized as is, it will represent an even more dramatic change in the regulatory landscape of this long-controversial technology.

For many years, obstacles against using irradiation have included its cost, the limited number of foods that could be irradiated, the limited packaging materials that could be used when irradiating foods, and public discomfort with the technology. One of the obstacles was partly cleared away by FDA’s recent agreement with a Threshold of Regulation notice that expanded the packaging materials that could be used in food irradiation under some conditions. As for the public’s discomfort with irradiation, recent food-safety scares have made the public wonder if irradiation isn’t so bad after all if it can play a role in preventing food-safety lapses in the future.

Just as these developments were unfolding, FDA has come along and proposed a change in labeling requirements whereby food that has been irradiated would not always have to reveal that it has been. The change would also allow flexibility in how to describe that irradiation has occurred when label statements are required. The consumer advocates are already hollering louder.

But if they’re unhappy, maybe they should holler at Congress. FDA is acting in response to a 2002 law that changed the criteria a food process must meet to be referred to as "pasteurized" (those criteria ended up in the proposed regulation). The 2002 law also required FDA to develop and publish a proposed rule that would change the way irradiated foods are labeled.

Under the new rules, labeling of irradiated foods as having been irradiated would be required only if the irradiation caused a "material change in the characteristics of the food or in its consequences of use." If it did, you’d need a label statement and the "radura" symbol.

The label statement has two components. First, it needs to say "irradiated" or a derivative of the word such as "irradiation," or "radiation," or—and this is a revolution in policy—an "alternative term." For more on this, see below. Second, the statement needs to contain wording describing the change in the food’s characteristics or the food’s use.

Whether a "material" or substantial change has occurred, and how you describe it on the label, are both expected to vary from food to food. As FDA notes, "irradiation has various effects on foods that may change a food’s characteristics." Irradiation kills or weakens microorganisms and insects, but it also might extend shelf life, as it does with bananas and spices. With bananas, FDA says, irradiation can delay ripening and extend shelf life. For bananas, says the agency, that would be a material change that would have to be described on the label, since the food now has characteristics that won’t meet consumer expectations and could be to a consumer’s detriment if it thwarts the consumer’s planned consumption of the food at a particular time.

On the other hand, irradiated spices, says FDA, probably wouldn’t need a label statement, because, while they might have a longer shelf life, too, that wouldn’t thwart a consumer’s use, since "the irradiated spice can be used identically to an unirradiated spice." The agency invited public comments specifically on the issue of the usefulness of this distinction.

As for those alternative terms you could use instead of "irradiated" or the like, FDA says it will approve petitions for the use of such terms, provided their use with the specific food isn’t false or misleading. Also, you could use the term "pasteurized." Those petitions, the proposed rule suggests, should be supported by relevant data and information, such as consumer perception data showing how folks will understand your label.

FDA says it would clear a petition for use of the alternative term "pasteurized" if you can demonstrate that the irradiation as used with your product has the same antimicrobial effects as a traditional form of pasteurization, will protect the public health just as well, and will stay effective throughout the food’s shelf life, if not longer.

You would need to put that proof in a notification to FDA indicating that your process meets the necessary standards. FDA has 120 days to pipe up and object if they do, otherwise you’re in the clear. Like the technique for clearing Food Contact Notifications, this drop-dead date places the burden to act on FDA, and thus gives industry excellent predictability in terms of timing.

The rule would retain the current requirement that the radiation disclosure statement on the label "is not required to be more prominent than the declaration of ingredients," so the writing can be rather small, but the radura symbol needs to be placed "prominently and conspicuously" together with the statement.

Dr. George D. Sadler of Prove It LLC, a consulting firm (and senior scientist to Eric F. Greenberg, P.C.), supports the proposal. He says, "I think this is a step in the right direction." He likes the idea of not requiring labeling if there is no substantial change in the food.

Moreover, Sadler says, "The Agency is prudent to seek a new word for irradiation. The FDA is tasked with protecting the safety of the food supply. To counter unjustified hysteria over this process, a process which will save lives, is certainly in keeping with FDA’s goals."

FDA will collect the public comments on this dramatic proposal until July, then some months later it’s expected to issue the final version of the rule. They will have to wade through loud and contentious input, both pro and con. One can’t help but think the agency already recognizes that the proposal promises to turn this whole field on its head: In the Federal Register announcement of the proposed rule, the sample of the familiar "radura" symbol is, for no obvious reason, printed sideways. 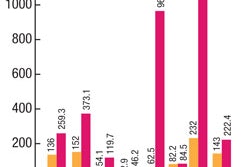 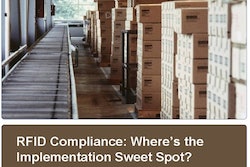 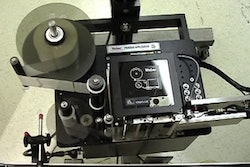 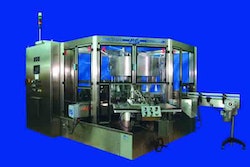