In going forward with radio-frequency identification, there are three initials that are fundamental because they encompass all aspects of the challenge.

The three are f, t, and d, which represent frequency, technology, and data, the basic components of an RFID-based solution.

China has never been involved in these considerations until now.

We’ve never had to contemplate the added cost of training the Chinese skill set to an awareness of modern and sophisticated enterprise resource planning (ERP) or the integrity of data links.

It has rarely been the responsibility of the Chinese Producer to carry out the validation of the label, whether or not it is a bar code or human readable. I am sure all have smiled at the occasional misspellings as I am sure Chinese consumers smile at some of ours.

The very basis of EPC as a coding system, and one of its greatest benefits, is the ability to singularly identify product at source and enable total product visibility through the supply chain. Benefits gained by the use of EPC in this fashion are measured in the millions of dollars per day even at case level. EPC is, however, a code, it is not RFID. EPC is in the third of our initials, data.

Why China, why now?

Why is China suddenly the concern?

Firstly, because of frequency. Recent announcements by government representatives and quasi-governmental agencies in China have indicated that China will not be the “victim” adopter of regulations imposed from afar, but in fact may well be self-determining in allowing the use of RFID at ultra-high frequency in China.

The impact of this would be significant if China was at variance with its major customers. Therefore, the likelihood is remote.

Yet, if China, in seeking to not only make the product but also to look to the future of China itself, was to make inroads in regulation that meant that the tag you needed to carry the EPC was “made in China” as well, then the overall buying and fitting model changes significantly. Such a move would undoubtedly create many issues for the EPC community, not necessarily limited to RFID.

In September, China officially joined the ISO SC31 global standards organization whose many work items include all ISO standards relevant to item-level RFID. Although we should not confuse standards with regulation, there is an inseparable link as ISO could not build an air interface standard around a prohibited product—such as in China—in a radio regulation.

SC31 has recently ratified a whole series of standards including 18000-6 at UHF.

Is it the intention of China to support this standard or to seek to fast track the impending adoption by ISO of the yet-to-be-published second generation (Gen 2) of EPC?

China is also a concern because of technology, our second initial. China has a fast-growing electronics industry. RFID at UHF for supply chain use offers a low-cost product. That product is all of the components, chips, tags, substrate material, antennae for tags, antennae for portals, and readers.

China could determine that these will be made in China from both a domestic market and an export market point of view.

Finally, but not least, there is the data, or data challenge.

When the Auto-ID Center was founded just a few short years ago, one of the founding principles, captured in symbology as EPC, was the use of the Internet to be the engine of visibility and transparency in the supply chain.

There was a swift realization that while the EPC was useful, the robustness and integrity of the Internet was not up to the required standards to rely on it for this constant metric.

The corporate IT engine, albeit with sophisticated tools like XML (extensible markup language), is still therefore the communications, data processor, and driver of the entire business process.

Consider then, those who are aware of the many small production units, the limited computing capability, and the investment model of China today, how we will provide the EPC numbers over this extended network. How will we know that the product being manufactured tonight is the one that we think is being made?

Clearly, with sufficient thought and planning, implementation and investment, these challenges can be overcome.

So what does this current issue mean to the packaging industry?

The packaging industry could start now to design and implement the interfaces between machine, tag, distant ERP, and the possible ways in which these threads could be utilized to ensure that “made in China” does not become like early translations of instructions in transistor radios from an emerging Japanese electronics industry: unintelligible and unworkable.

Packaging executives have just as great a role in resolving this challenge as any other executives and may yet be the solution deliverer. Can we allow them a say? 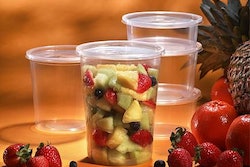 Round PP containers with printing options 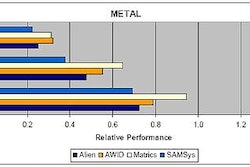 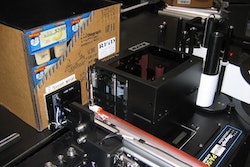