While a majority of respondents to a new survey report that they do recycle, 44% don’t believe that those materials are actually being recycled. 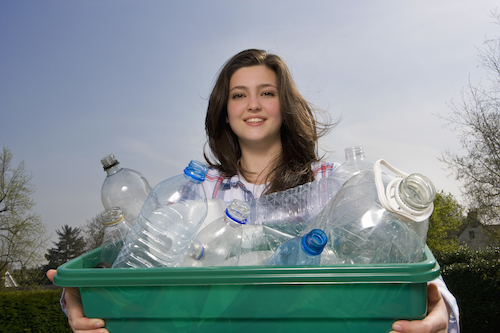 The research reveals that recycling support is highest among younger generations.

According to the Carton Council, while headlines over the past few years might lead you to believe otherwise, the reality is that Americans say they are still recycling at the same rate, despite having little confidence that their recyclables actually get recycled. A national poll conducted by Mason-Dixon on behalf of the council shows that 85% of respondents report they recycle.

While people say they are still recycling, they aren’t confident in what happens to those materials once they leave the curb, the Carton Council says. Nearly two-thirds (65%) of respondents are either unsure (21%) of what happens to their materials or flat out don’t believe (44%) the materials are being recycled.

“This is great news as it shows that the vast majority of millennials and Generation Z are supportive of recycling despite recent negative publicity,” says Carla Fantoni, VP of Communications, Carton Council. “While recycling is currently facing challenges that began with turmoil stemming from the China restrictions and bans, it is a cyclical industry, and we are seeing investments in both materials recovery facilities and end markets, working to ensure recycling’s future.

“We commissioned this research to better understand the impact, if any, on consumers’ attitudes and behavior surrounding recycling. It is reassuring to see a commitment to recycling, even when consumers are unsure of what happens to the materials. This reinforces that we, as an industry, need to work together to ensure recycling is actually occurring and show consumers what happens to the recyclables after they leave their curbs, removing their skepticism.”

Report: 37% of Consumers Willing to Pay More for Eco-Friendly Products

Of 1,000 U.S. consumers surveyed, 37% are seeking out and willing to pay more than 5% for environmentally-friendly products—a trend is expected to continue to grow.
Anne Marie Mohan
Nov 6th, 2019