A collaboration between Neste and LyondellBasell results in the production of bio-based polypropylene and bio-based low-density polyethylene for food packaging at commercial scale. 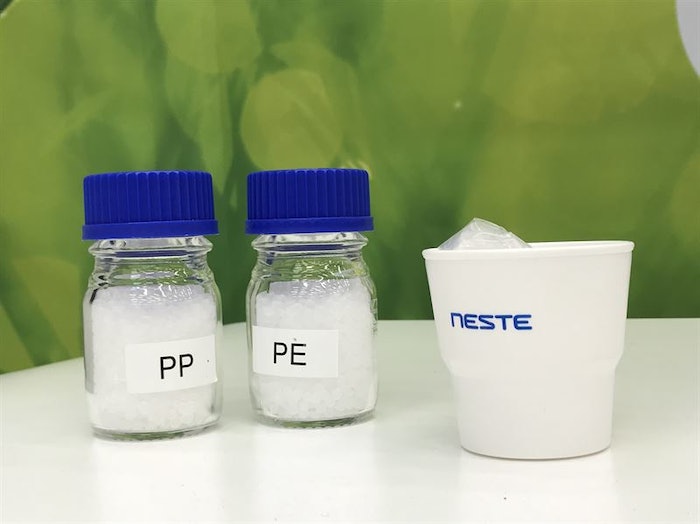 According to Neste, this achievement is extraordinary in that it combined Neste’s unique renewable feedstock and LyondellBasell’s technical capabilities. LyondellBasell’s cracker flexibility allowed it to introduce a new renewable feedstock at its Wesseling, Germany, site, which was converted directly into bio-based polyethylene and bio-based polypropylene. An independent third party tested the polymer products using carbon tracers and confirmed they contained over 30% renewable content.

LyondellBasell sold some of the renewable products produced in the trial to a number of customers, one of which is Cofresco, a company of the Melitta Group, a European supplier of branded products in the field of household film. Cofresco plans to use theCirculenPlus bio-based polyethylene to create sustainable food packaging materials.