As the kids say, the current worldwide anti-plastics and anti-packaging trend is “a thing.” 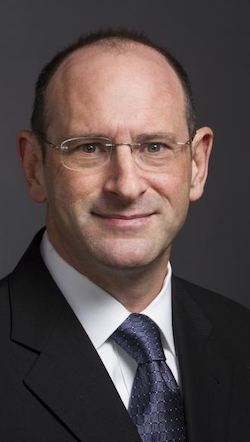 And, to coin another phrase, I don’t think anyone’s ever seen anything like it ever before. It’s both a legal and commercial trend.
In August of last year, this column called it the “Worldwide Plastics Smackdown,” and it’s tempting to think the trend has softened because of the recent defeat of a California bill that would have amped-up burdens on single-use plastics. Don’t be fooled. This is a long-term trend that is continuing, and is likely to bring additional headaches.
That’s because there’s both a groundswell of new laws being considered or passed that target plastic packaging, single-use plastics or other products, and, separately, new demands from trading partners, as brands and retailers increasingly require packaging suppliers to provide products that address consumers’ environment-inspired concerns.
Some companies are already undertaking voluntary steps to reduce their environmental effects, while other companies and trade groups are advocating for the many benefits of packaging, and plastics in particular, trying to resist some of the more misguided proposals.
The Foodservice Packaging Institute has programs that involve suppliers, converters, and retailers in efforts to reduce “the impact of . . . products on the environment” and the group says it “is dedicated to making sure these items are recycled or composted instead of littered.”
Not all members of industry are reacting the same way, as some oppose most new ideas but others incorporate environmental considerations into their operations. Some big brand companies have even separated themselves from The Plastics Industry Association (“PLASTICS”), the large trade group lobbying against some of these laws, and are taking a different approach than the group’s.
California’s bill, known as SB 54 and AB 1080, seemed to feature a greatest hits list of bureaucratic burdens, including registration, recordkeeping, and reporting obligations on industry, and financial penalties for violations. It called for a phase-in of source reduction or recyclability or compost-ability for single-use packaging and products, aiming for a statewide 75% reduction of the waste generated from single-use packaging and many single-use products.
PLASTICS opposed it, and recently said, “We don’t agree with some of the points outlined in SB 54 because the bill has some flaws that would prevent it from actually being implemented. We agree on the overall intent of this bill to increase recycling and recovery of all plastic, but the details on how we get there matters. It’s important to be on the same page on how we can collectively achieve this goal, so we look forward to continuing meaningful discussions with the bill sponsors this fall,” said Shannon Crawford, director of state government affairs for the association.
The legal pressures are on a world-wide scale. As we noted in August, a 2018 report from United Nations Environment called “Single-Use Plastics, A Roadmap for Sustainability,” acknowledged that “Plastic is a miracle material,” but asserts that “Plastic packaging accounts for nearly half of all plastic waste globally.” It went on to note that “More than 60 countries have introduced bans and levies to curb single-use plastic waste.”
Carl Melville heads The Melville Group and consults with contract manufacturers, contract packagers, and related businesses on marketing and supply chain issues. He says pressures on packaging inspired by perceived environmental concerns will continue to grow, and points to one specific mechanism. “Those with a pro-eco agenda continue to pursue consumer-facing informational campaigns that they hope, in turn, will influence consumer buying behavior, which will, in turn, produce pressure at retail for manufacturers to make innovations which these groups find agreeable. Differing standards and overlapping jurisdictions will add complexity to these pressures.”
As a result of these kinds of pressures, they say the policy choices chosen don’t always fit the science. “It is fair to state the decisions being made frequently look at less than the full lifecycle or the impact of alternative solutions. For example, decisions that do not take into account the full carbon footprint of production, transportation, conversion, and post-consumer outcomes make for good press releases but fail to account for unintended consequences.” He adds “I am not aware of any municipalities with active composting programs (including collection capabilities), yet there is a push for this type of packaging.”
Lia Colabello, whose company consults with companies and institutions to help them contend with consumer or legal pressures to, for example, reduce their usages of single-use plastics or achieve zero waste, agrees the pressures on packaging will not decrease in coming years.
She says, brands face three kinds of pressure on their packaging: consumer pressure, legal pressure and retailer pressure. She thinks that going forward, “It’s critical that we design for recovery,” though that can mean different things in different areas because of differences in distribution systems. Regardless of the approach, if companies keep using the materials and systems as they have traditionally, they will only proliferate the problem of solid waste, she contends.
Expect both these legal and commercial trends to continue, because they have this in common: They’re driven by consumer interest. Packaging companies will have to continue to work hard to incorporate new environmental considerations into their plans and operations, and here’s hoping the new demands on their businesses won’t be unrealistic. A big problem for the packaging industry is that the positive messages about the benefits of plastics and packaging have not penetrated to the average consumer. If they had, opposition to some of the most unreasonable proposals would be an easier sell.

Hear Eric Greenberg’s podcast of this month’s column at pwgo.to/5353.

Amcor has joined the World Wildlife Fund-led activation hub, ReSource: Plastic, a global consortium of companies and organizations collaborating to keep waste out of the environment.
Amcor
Jun 22nd, 2020

Schoolchildren sheltered-at-home can learn about the life cycle of paperboard containers due to the partnership of Colbert Packaging and the Paperboard Packaging Council’s “Trees Into Cartons, Cartons Into Trees” (TICCIT) program.
Colbert Packaging Corp.
Jun 22nd, 2020

Neste and Jokey, a manufacturer of rigid plastic packaging, have started collaborating to develop the market for rigid packaging from sustainable renewable and recycled materials for food and non-food applications.
Jokey Plastics
Jun 17th, 2020

Tetra Pak announced its commitment to reach net zero greenhouse gas (GHG) emissions in its own operations by 2030, with the ambition to achieve net zero GHG emissions for the entire value chain by 2050.
Tetra Pak
Jun 17th, 2020

The highlights of Ecolean’s 2019 Sustainability Report include the company’s use of 81% renewable electricity at its packaging material production sites and filling line equipment manufacturing plant globally during 2019.
Ecolean
Jun 15th, 2020

Logoplaste has partnered with Biomimicry 3.8, to embark on a project to design industrial plants that are carbon neutral and regenerative.
Logoplaste
Jun 10th, 2020

New Recycling Process Uses Enzymes to Break Down Plastics by 70%

The Enzplast2 project from Spain’s AIMPLAS focuses on the use of enzymes in the plastics sector to develop more sustainable processes, including separating multilayer packaging and improving biodegradation.
Jun 5th, 2020

Sixty CPGs were interviewed for a new sustainability report by PMMI Business Intelligence. They had much to say about machines, materials, new formats and sustainable initiatives, as well as what they need from suppliers.
Kim Overstreet
Jun 1st, 2020

Conducted by the Boston Consulting Group, this new Buying Green Report from Trivium Packaging documents the responses of 15,620 consumers across the U.S., Europe, and South America.
Trivium Packaging
May 26th, 2020