Guido Schmitz, Head of Packaging and Technology Innovation at Bayer Healthcare, had plenty to say about packaging innovation in his February 28 keynote presentation at the Healthcare Packaging & Processing Conference held in conjunction with PACK EXPO East. 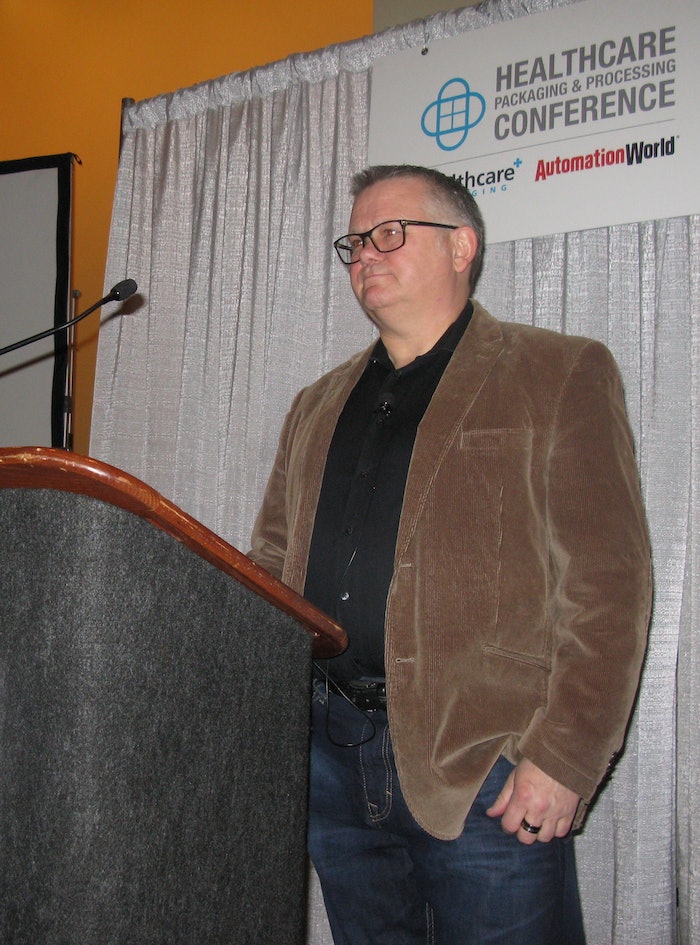 More than anything else he emphasized how important it is to get inside the consumer’s head. Without making that connection, innovation is, at best, misdirected. Considering the fact that any one of the over-the-counter consumer health products that Schmitz watches over from his New Jersey office might sit beside thousands of other packages all vying for attention, he knows whereof he speaks.

A brand owner like Bayer would like to think that conventional advertising should help make the brand memorable. But when consumers reach the store shelf, less than 50% of them remember what they saw in a TV or magazine ad. That’s why some 70% of purchases are impulse purchases, and according to Schmitz, a package has all of 3 seconds to attract and appeal to the consumer. And it’s wise to remember that even those 3 seconds are compromised, since consumers these days probably have a cell phone conversation underway as they try to decide what product to put into their shopping cart. So if anyone doubts the importance of packaging’s role as silent salesman, think again.

Following some general remarks about how innovation plays out, Schmitz moved into the Exhibit A part of his presentation. It was a description of how Bayer launched a very different package indeed for a new kind of aspirin, one whose key differentiation from the aspirin products sold by Bayer for the last 120 years was that it dissolved far more rapidly upon ingestion. The Bayer team was convinced that a new packaging format was required for this new product offering. It was clear early on that a significant capital investment was going to be required, and persuading those who hold the Bayer purse strings was no easy task. But eventually, partly because alignment with the marketing department was solidly secured, the investment was approved.

What followed was a series of packaging machinery “reinventions” on the part of Romaco, both for primary packaging and robotic secondary packaging. Optimizing the new concept after its initial launch was part of the roadway to success, especially where the notion of this being a “blister pack” was concerned. Why? Because consumers are used to treating blister packs of all kinds as push-through packs. This pack was not of the push-through variety. Instead, consumers were supposed to access the unit dose by peeling open the pack. So graphics on the lidstock made this clearer.

Bottom line? Bayer watched a 120-year-old product that had been slipping ever so slightly score 25% sales growth—largely because innovative packaging had entered the picture.

After PACK EXPO Las Vegas 2021 led the way in bringing the industry together, PACK EXPO East returns to Philadelphia (Mar. 21 to 23) looking to build off of its largest show ever in 2020.
Sean Riley
Dec 14th, 2021