U.S. Domestic Shipments of Packaging Machinery Rising to $8.5B by 2020 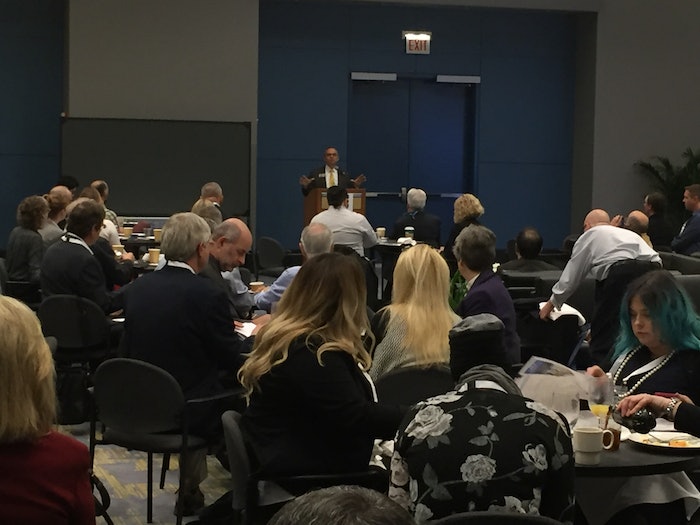 PACK EXPO International and Pharma EXPO 2016 kicked off with a press conference touting the sustained growth of the packaging industry.

Domestic shipments of packaging machinery project to grow at a compound annual growth rate (CAGR) of 2.4 percent reaching $8.5 billion in 2020, according to PACK EXPO owner and producer PMMI, The Association for Packaging and Processing Technologies.

PMMI released the findings of its 2016 State of the Industry U.S. Packaging Machinery Report this morning at a press briefing conducted on-site at PACK EXPO International and Pharma EXPO 2016.

According to the report, the labeling, decorating and coding and case handling machinery groups are forecast to increase the fastest of all machinery types through 2020, at CAGRs of 3.9 percent and 2.5 percent respectively. The pharmaceutical sector is forecast to grow the fastest of all sectors through 2020, at a CAGR of 2.8 percent. This is followed by the beverage sector, which is forecast to grow at a CAGR of 2.4 percent.

"The forecast for the packaging machinery market is strong. We continue to anticipate growth in major market segments such as pharmaceutical as well as beverage. Factors such as changing consumer habits, new regulations as well as general economic development are fueling this development," says Jorge Izquierdo, vice president, Market Development, PMMI.

In regards to machinery categories, the rapid growth anticipated in the labeling, decorating and case handling segment is largely a result of new legislation demanding increased labeling and coding, continuing developments in printing technologies and the proliferation of SKUs.
PACK EXPO East 2017, returning to Philadelphia (Feb. 27-March 1, Pennsylvania Convention Center) will bring together suppliers of packaging innovations food, beverage, pharmaceutical/medical device, cosmetic/personal care, chemical/household and other packaged goods that serve companies of all sizes. With one-third of the nation's consumer packaged goods companies located within 200 miles of Philadelphia, PMMI is expecting another top-tier event for the growing industry.