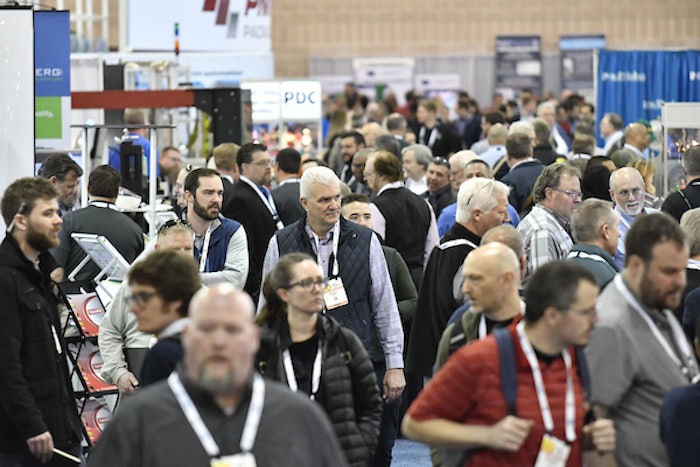 A record-breaking 7,100-plus attendees descended on PACK EXPO East 2020

The fourth edition of PACK EXPO East solidified its reputation as the premier regional packaging event in the Northeast as a record-breaking 7,100-plus attendees descended on the Pennsylvania Convention Center in Philadelphia March 3-5. Not only was it the highest attendance ever, but it also featured a five percent larger show floor than 2018, according to show producer PMMI, The Association for Packaging and Processing Technologies. 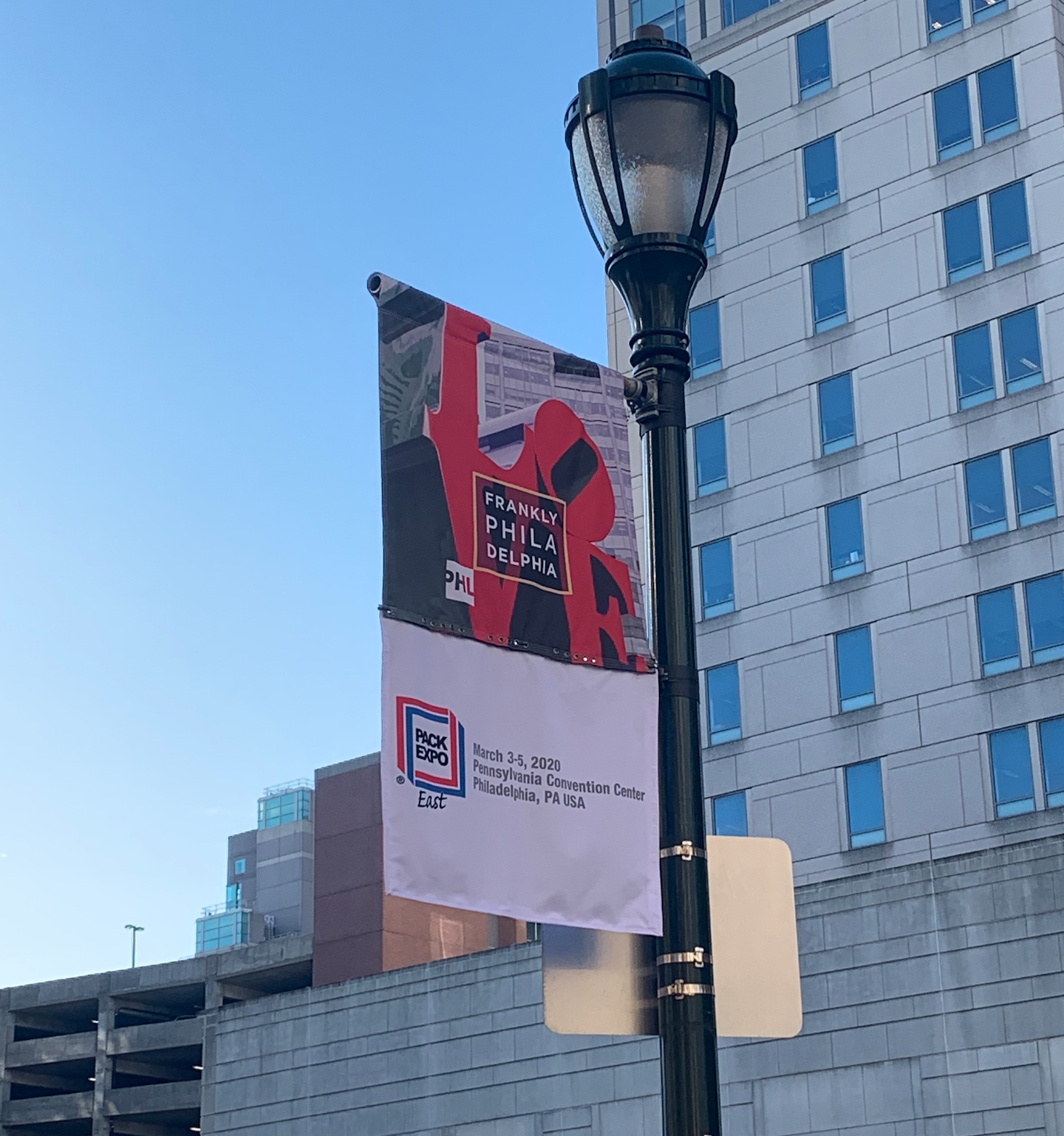 “We knew in the weeks leading up to the show that the industry was excited about PACK EXPO East with unprecedented pre-show registrations,” says Jim Pittas, president and CEO, PMMI. “Like with previous PACK EXPO East events, this year really affirms our belief that the Northeast market wanted and warranted its own targeted packaging event.”

Andrea Nicole Leiva and her sister Edith Alejandra took advantage of the prime Philadelphia location to drive up from Baltimore to find solutions for their company Dulceology, an artisan bakery specializing in handcrafted Alfajores and Latin sweets.

“[As we open our first retail location] . . . we came to the show to expand on and perfect our packaging,” says Andrea Nicole, adding that they also found technologies to help streamline their operations. “We also found ways to make our process more sustainable.”

Located within 200 miles of one-third of U.S. consumer packaged goods companies (CPGs), PACK EXPO East offered attendees the opportunity to exchange ideas with leading packaging suppliers. Attendees and exhibitors once again touted the show’s accessibility as one of the many advantages of the location. Mike Williams is a facility engineer for Mrs. T’s Pierogies and felt his two-hour drive was well worth it for the cobot and form/fill/seal solutions he found on the show floor.

“I came to PACK EXPO East looking for the latest on existing technologies as well as new solutions and didn’t want to wait until PACK EXPO International in Chicago,” Powers says. “I actually found a lot more solutions than the questions I was coming here looking to resolve.”

With a new plant planned for the near future, Aad Stam arrived at the Pennsylvania Convention Center with a multi-million capital project in hand as project director for Cérélia Bakery US Inc.

"[We are] investing nearly $10 million in new equipment to produce fresh doughs,” Stam says. “I came to [PACK EXPO East] looking for local suppliers of cartoner, case packing and palletizing equipment for our new plant."

Multi-Conveyor LLC exhibited at the first PACK EXPO East in 2015 to establish a presence on the East Coast and continues to return every show. Marketing Director Cheryl Miller has seen the growth and diversity of attendees evolve from show to show.

“My leads have grown 30 percent year after year and when I talk to visitors in our booth over half (54 percent) say that this is the only packaging event they attend,” Miller says, noting that the simplicity of driving in for the day is often cited as a draw. “I can capture them at this particular event, and when I make the lead comparison, it’s not the same people coming back year after year, really diversifying our customer base.”

Young women also received the spotlight at The Future Innovators Robotics Showcase when the Girl Scout FIRST Robotics Team, “The Tin Mints,” conducted live demonstrations of its robot along with seven other robotics teams from the Philadelphia area showcasing their design, engineering and troubleshooting skills. 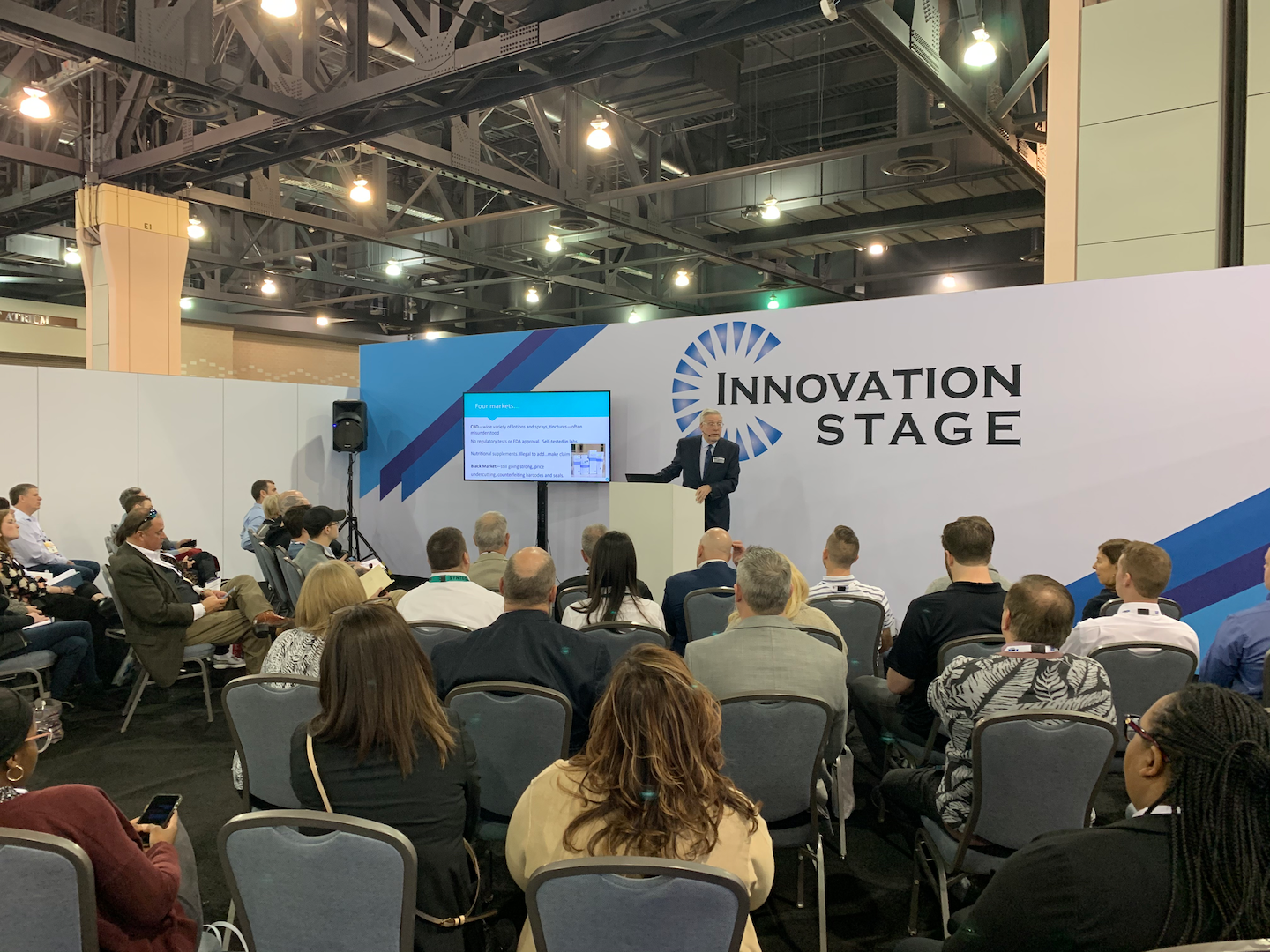 The Innovation Stage was standing room only throughout the show.

PACK EXPO East will return to Philadelphia March 21–23, 2022. Next up this Fall, mark your calendars for PACK EXPO International and Healthcare Packaging EXPO 2020 (Nov. 8-11; McCormick Place, Chicago). Expected to be the largest PACK EXPO International and Healthcare Packaging EXPO to date, it will feature 45,000-plus attendees and 2,500 exhibitors over 1.2 million net square feet of exhibit space, making this the most significant packaging event in the Western Hemisphere in 2020. For more information and to register, visit packexpointernational.com.

Now More Than Ever, PMMI is Your Answer

Access business solutions in the packaging and processing sector today and beyond.
Sean Riley
Oct 16th, 2020

The partnership funding creates or sustains packaging and processing jobs by increasing or maintaining the export of American goods.
Sean Riley
Oct 12th, 2020

New and Reappointed PMMI Board Members for 2021

PMMI’s 2020 On the Rise Awards Recognize the Next Generation of Leaders
Sean Riley
Oct 8th, 2020

Now on a biennial cadence, the Packaging & Processing Hall of Fame is inducting four new members into its ranks in 2020. The cornerstone of Paul Singh’s career at MSU has been his focus on education.
Aaron Hand
Oct 1st, 2020
More in PMMI news

Now on a biennial cadence, the Packaging & Processing Hall of Fame is inducting four new members into its ranks in 2020. Pat Reynolds, longtime Editor of Packaging World, reflects on decades of reporting on ever-evolving packaging.
Anne Marie Mohan
Oct 1st, 2020

One of a few bright spots in a generally daunting 2020 has been the Oct. 1 induction of four extremely qualified packaging professionals into the Packaging and Processing Hall of Fame.
Matt Reynolds
Oct 1st, 2020

PMMI, The Association for Packaging and Processing Technologies announces the Class of 2020 Inductees.
PMMI
Oct 1st, 2020

PACK EXPO Connects Takes the Trade Show to You

Live. Virtual. Reimagined. Connect with the packaging industry at the year’s most engaging event, to be held everywhere Internet is available on Nov. 9 to 13, 2020.
PMMI Media Group
Sep 30th, 2020

Stumped about Sustainability during COVID-19?

This two-part series of UnPACKed with PMMI podcasts provides a look at the overarching effect of a global pandemic on packaging sustainability.
Sean Riley
Sep 10th, 2020

Back to School Means PMMI Scholarships