The bottom line is that it’s important to make sure whenever possible to enter a written contract that is clear and complete. But, you'll be surprised to hear, it's not always the end of the world when a contract isn't in place, in certain circumstances. 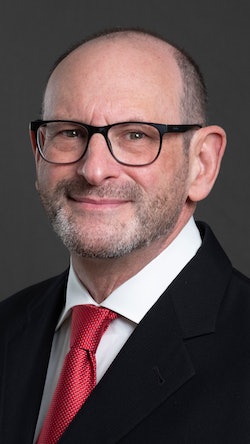 Today, I will try to convince you that complete, clear, written contracts are a good idea, even though there’s more to contractual relationships than the contracts themselves. To illustrate that latter concept, I have a story.

Back in law school, a professor of mine held a contest to judge which student had the “worst” apartment lease. He meant “worst” from the student tenant’s point of view, so he looked for the most restrictive rules, fewest expenses covered by the landlord, prohibitions against pets, toughest conditions for getting your security deposit back, stuff like that.

At the next class, the “winner” with the absolute worst lease was announced, and, unexpectedly, the professor asked the winner how they liked their landlord though the lease was so unfair to the tenant.

“I love my landlord,” I replied. (I like to brag about any contest I win, even this one.) I explained to the professor, “The lease prohibits pets but I don’t want any so I don’t care, the landlord lives right nearby and comes over immediately when anything needs fixing, they are flexible about making small changes in our agreement, and is just a generally nice person.”

And that, the professor assured us, was the lesson. The written agreement is important, but so is the relationship between the parties.

Of course, many experienced packagers know this because they have a lot of contracts with suppliers, customers, contract manufacturers, and service providers, and they have learned that negotiation rather than litigation is usually the better part of valor. Also, they know that most contracts contain provisions that simply never come into play at all.

So, am I saying it’s not necessary to have clear, complete, written contracts when you do business? No I am not, absolutely no. A clear and complete written agreement is best.

Why? I can think of at least two good reasons. First, what if, when a problem arises long after you entered the contract, that reasonable, flexible person on the other side of the agreement is gone—they took another job, or retired—and now you’re dealing with a much less friendly contracting partner? If that happens, you’ll be glad if you made sure to incorporate strong protections for your company into the written contract.

Second, what if your contract dispute ever gets to court? Here’s how that’s likely to go: The judge, applying the traditional contract law concepts, will try to surmise what the parties intended to agree to, and give effect to that agreement. Just about the first thing a judge will do is look at whether the contract you’re fighting over is complete—that is, it appears to address all relevant topics such as all the terms of sale, pricing changes in the event of changed circumstances, remedies for breach of an obligation, and so on. If it is complete, the judge will simply apply its provisions.

If the agreement is not clear or not complete, the judge will often allow the parties to put in evidence above and beyond the language of the agreement that will help the judge interpret what the parties meant to agree to. They’ll look at documents and correspondence from around the time the agreement was made, or hear testimony from the folks involved, and the like.

That can complicate the resolution of a disagreement because often people have differing memories about what they thought they were agreeing to in the first place. One party says, “This whole deal was supposed to be the first of a series of orders,” but the written contract is only about one order and doesn’t say anything about future ones. The other party acknowledges there was some discussion of future orders, but believes that was left for another day to work out.

Or, a party says, “New Supplier Co. sold me Size 7 widgets that didn’t comply with the ASTM performance standard. My other suppliers always make sure that Size 7 widgets met the ASTM performance standard, but New Supplier Co. didn’t so they sold me something different than what I ordered.” Meanwhile, the supplier says they provided what the contract required.

Ironically, a seemingly clear and complete contract is not by itself a guarantee against a lawsuit with your contracting counterpart. I recently heard a presentation for lawyers that said that among the contract terms that are sued over most commonly are the clause providing for arbitration of disputes (you can have it in the agreement but still spend months in an actual court fighting over whether it applies), and indemnification clauses (in which one party promises to cover the other one’s costs if certain problems arise—there’s lots of room to debate whether they kick in or not in specific situations).

The bottom line here is that it’s important to make sure whenever possible to enter a written contract that is clear and complete. (Remember, too, that state laws usually say that contracts don’t have to be written to be enforceable, except in some limited cases like contracts for sale of real property.)

Still, I know that in many packaging businesses, deals are made without such written agreements. And you might be surprised to hear that I am not going to tell you that’s always an unreasonable way to do business, especially when you’re under time pressure.

But I will tell you that it’s always a much riskier way to do business, and, clearly, you can reduce the risk of squabbles, and make resolutions quicker, if you have a clear and complete written agreement.

That way you can be prepared if your relationship with the other party isn’t as copacetic as mine was with my landlord during law school.