Root Cause Analysis (RCA) is a methodology for identifying the source of a problem, making possible a solution that prevents reoccurrences. 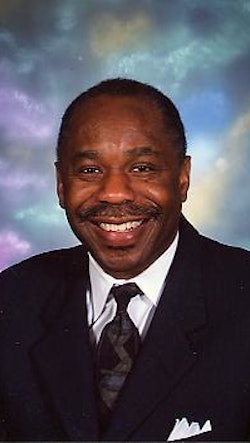 Root Cause Analysis (RCA) is a methodology for identifying the source of a problem, making possible a solution that prevents reoccurrences. By analogy, a problem is a weed. Chop off the top and it sprouts anew, unless it’s pulled up by its root.

Packaging is interdisciplinary, affecting and affected not only by other disciplines internally, but others externally throughout the supply chain. Due to that breadth, packaging operations and procedures have a multitude of opportunities to go astray. Packaging-related problems can relate to design, materials, equipment, training, and traceability, just to name a few possibilities. At stake can be customer relations, productivity, costs, profits, and (in the case of a new launch) speed-to-market. Packaging, as much as any other discipline, benefits from an effective problem-solving methodology.

Procedural steps for RCA
1. Define the problem. Charles Kettering, inventor and General Motors researcher, said, “A problem well-stated is half-solved.” More than a half-century after his death, the maxim remains the starting point in problem solving. The implied challenge in his words should guard against any mistaken notion that problems are self-defining.

“Houston, we have a problem.” Its apocryphal origins notwithstanding, the quote is an example of recognizing a problem’s existence prior to defining it. Recognition and definition, nonetheless, are often contained in the same statement; for example, “We have a problem with (fill in the blank).” Such expediency can be useful, but not as a substitute for exploring alternative ways to best define the problem.

2. Gather data. This step is about deciding informational needs and how they are to be fulfilled. Problems that occur in the field present particular challenges, typically requiring the inputs of external parties. In those scenarios, the investigating company should be straightforward rather than defensive over not being perfect. Customers, clients, supply-chain partners, and regulators have a vested interest in having the problem solved.

3. Analyze. The pieces of the puzzle are fitted together in this step. This is where RCA distinguishes itself from the generic concept of problem solving. It does so by keeping the user reminded that the purpose is to delve below the surface, to not be satisfied with mere appearances—in other words, to keep digging until the root cause is discovered.

Although RCA has its own niche, other problem-solving methodologies can be incorporated at his step. The Five Whys methodology, consisting of a series of questions, each beginning with “Why,” is an example.

5. Devise the solution. The proof of an effective solution is that the problem does not reoccur. The solution should be as broadly applicable as feasible, demonstrating foresight, so that similar problems (weeds) are nipped in the bud. At this juncture, various methodologies, such as brainstorming, can stimulate creative thinking.

6. Implement. Solutions are a type of change and change carries ripple-effects. How far-ranging will the impacts be throughout and beyond the organization? How should the solutions be communicated to need-to-know parties? What types of documentation are needed, e.g. project reports, specifications, standard operating procedures (SOPs), etc.

7. Monitor. Since success is determined over time, there must be feedback channels with built-in early alerts when matters don’t go as desired.

Packaging RCA in action
Shortly after launching a line of flavored teas, a marketer began receiving complaints from a retail chain that the PET carafes were leaking on the selves. Initial suspicion fell on the capping operation, until inspections revealed that the leaking was occurring at corners of the carafes. It turned out that the supplier’s molds did not produce containers that had uniform wall thickness. Those carafes, however, had been accepted by the marketer after having passed a quality-assurance test that specified a tare weight. The carafes had the correct weight, but the mass was unevenly distributed. The root cause was an ineffective testing procedure.

The example serves for many in underscoring the benefit of arriving at the root cause of a problem, lest corrective efforts be misapplied, with attendant squandering of time and resources. Packaging professionals need to be competent in RCA for two reasons. The first is that RCA is a versatile tool used across industries. The second is that packaging professionals are the expected ones to provide leadership in any packaging-related use of RCA.

Independent Can, a fourth-generation, family-owned and operated company, in business for more than 90 years, announced the promotion of Ryan Huether to Chief Operating Officer.
Independent Can Co.
Jul 14th, 2021
More in Issues

In this newly-created role, Jayaseelan will be responsible for refining and executing the company's sustainability strategy.
Berlin Packaging
Jul 7th, 2021