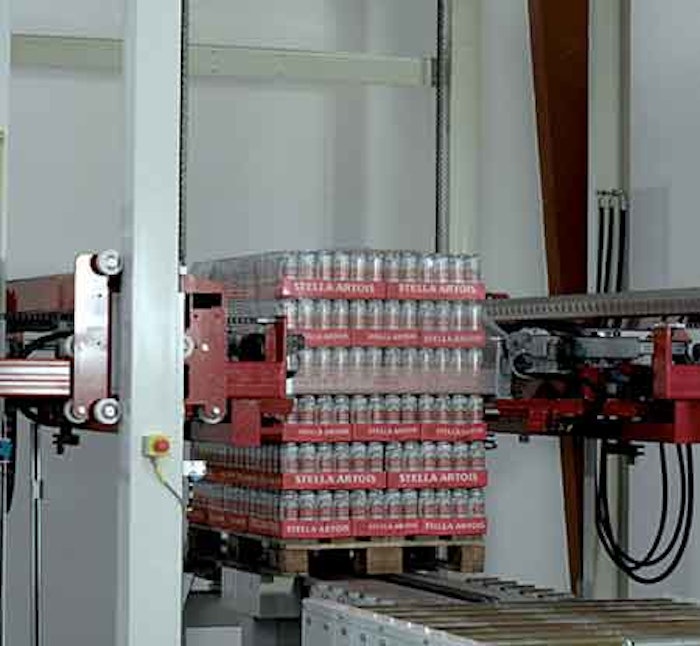 Machine will run with both American and European stretch hood film based on Nexxstar™ resin formulations provided by ExxonMobil Chemical. Lower operating costs can be achieved by down-gauging the film thickness and at the same time, obtaining the optimum load stability. Stretch units are developed to handle thinner film without overstretching it and without destroying the holding forces of the film.