Globalism is a recurring theme at any major packaging exhibition these days, and nowhere was that more fully on display than at Ipack Ima 2018 in Milan.

Packages displayed at the booth of China’s Guangdong Danqing Printing Co. Ltd. summed up the global theme nicely. Stand-up pouches lined up from left to right in the photo shown here are a 5.5-L mayonnaise sold in Saudia Arabia, a 4.5-kg sunflower cooking oil sold in India, and a 4.5-kg kitty litter sold in Malaysia. Guangdong Printing makes the film and converts it into the handled stand-up pouches in all three cases. Precise material specs were not available at the rather busy booth.

Elsewhere, a line of frozen fish from Italy’s Salmon Club was notable from a sustainability standpoint because it’s packaged in a pressed paperboard tray from Biopap. Said to be compostable in either home or industrial composting streams, the paper tray has been most visible in foodservice applications in Western Europe. A “solution” applied to the tray’s interior gives it some resistance to moisture and grease. The Salmon Club offering—which is not a foodservice item but rather a retail product for supermarket sale—is prepared fish with potatoes and other side items that need only be microwaved. Salmon Club started somewhat cautiously in 2017 with an order for about 300,000 of the trays. But this year that number is expected to reach 1 million, says Maria Teresa Brassiolo, company Vice President of Biopap.

Digital printing, predictably enough, made an appearance at Ipack Ima. Shown at the OMET booth was the XFlex-X6 series, a hybrid press featuring OMET’s flexible printing heads and web handling systems combined with a Tau 330 RSC digital UV inkjet printer from Durst. The Tau 330 is one of the newest offerings from Durst. It has a print width of 330 mm (13 in) and a printing speed of up to 78 running m/min (255.10 ft/min) with a print resolution of 1,200 x 1,200 dpi. A few halls away it was Italian converter Nuova Erreplast showing its newest addition: the SapphireEVO digital press. Utilizing Kodak Stream Inkjet Technology and Uteco flexo expertise plus Uteco web handling, this hybrid system brings digital printing to the production floor with capabilities of printing more than 9,000 linear meters per hour. It’s capable of quality printing on a variety of packaging films and papers. Nuova Erreplast will be the first converter to install the SapphireEVO system. 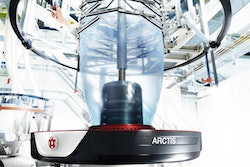 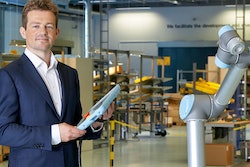 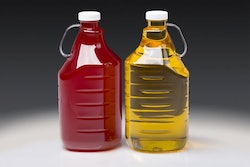 2018 AmeriStar Awards give recyclers a hand