Company believes some packages of the product were tampered with, leading to recall of all alli products from U.S. and Puerto Rico retailers.

GlaxoSmithKline (GSK) Consumer Healthcare announced March 27 that the company is voluntarily recalling all alli® weight loss products from U.S. and Puerto Rico retailers as the company believes that some packages of the product were tampered with and may contain product that is not authentic alli. GSK is conducting an investigation and is working with the knowledge of the U.S. Food and Drug Administration (FDA) on this retailer level recall.

During the time of GSK’s press release announcement, Healthcare Packaging (HCP) was visiting different organizations in Washington, DC, where the topic of recalls in general was a key concern. HCP was told that FDA is reaching out to industry and other stakeholders to address the issue, looking at quality aspects involving production, manufacturing, materials, packaging, and distribution, among other issues.

Separately, a March 28 Tampa Bay Business Journal article, “Medical device recalls soar,” cited a new FDA report showing “medical device recalls have almost doubled in the past 10 years. The most common reason for recalls in that period was device and software design failure.”

Back to the alli recall, the following details come from GSK’s press release:

“GSK received inquiries from consumers in seven states about bottles of alli that contained tablets and capsules that were not alli. A range of tablets and capsules of various shapes and colors were reported to be found inside bottles. Additionally, some bottles inside the outer carton were missing labels and had tamper-evident seals that were not authentic. These tampered products were purchased in retail stores.

“’Safety is our first priority and we are asking retailers and pharmacies to remove all alli from their shelves immediately,’ said Colin Mackenzie, President Consumer Healthcare North America. ‘We have posted a Consumer Alert on our website, www.myalli.com, and issued a news release with information and photographs to help consumers determine if their alli is authentic.

“alli is a turquoise blue capsule with a dark blue band imprinted with the text ‘60 Orlistat.’ It is packaged in a labeled bottle that has an inner foil seal imprinted with the words: ‘Sealed for Your Protection.’ Consumers should confirm any alli in their possession matches this description. Pictures of the product are available on [the myalli.com] website.

“Consumers who have product they are unsure or concerned about should not use it. Instead, they should call GSK promptly at 800-671-2554, and a representative will provide further instructions. If they have consumed questionable product, they should also contact their healthcare providers.

“’We are committed to finding out what happened and to doing everything possible to prevent future issues with alli,’ said Mackenzie. ‘We regret any inconvenience caused by this retailer recall.’
“alli (60 mg orlistat capsules) is the only FDA-approved over-the-counter weight loss aid clinically proven to help boost weight loss efforts. alli is for weight loss in overweight adults, 18 years and older when used along with a reduced-calorie and low fat diet. GlaxoSmithKline Consumer Healthcare is one of the world's largest over-the-counter consumer healthcare products companies.” 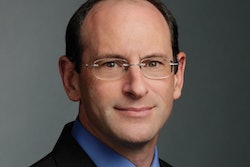 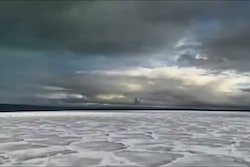 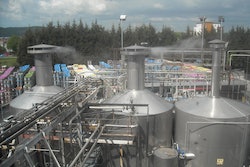