Bioengineered foods are, as of last December, the subject of new labeling regulations, complete with requirements, options and exemptions, and a rousing fight song.

Not really, but maybe they need one to make the new regulations go down easier.

That’s because they appear to be making no one happy. Businesses don’t like them because they are too complicated and burdensome. Consumer advocates don’t like them because they say they won’t lead to clear or consistent disclosure of bioengineered foods and exempt too many foods. The Wall Street Journal published an opinion column in which two authors, a former FDA scientist and a law professor, complained that the new rules are expensive and confusing. (And no fight song.) The headline said this might be the "Worst Regulation Ever."

The rules say that foods which are "bioengineered" or contain bioengineered ingredients are required to disclose that fact on their labels, using text, a new symbol, an electronic or digital link, or a text message prompt. Small food makers (under $10 million in annual receipts) can disclose using a telephone number or URL. Very small food makers (under $2.5 million) are exempt from the disclosure requirement.

This is a lot of trouble to go to for a characteristic of foods that pretty much no one thinks is related to safety. What’s more, in their final form, the rules appear to exempt maybe 75% of foods.

All this trouble began with the 2016 law by which Congress swooped in to rescue America’s food makers from Vermont’s law, which would have required GMO/bioengineered foods sold there to disclose themselves on labels. So Congress passed a federal law that preempted, or overrode, Vermont’s and any other state’s laws on the topic, and the USDA’s Agriculture Marketing Service is putting it into practice. That 2016 law arranged for the creation of this National Bioengineered Food Disclosure Standard, nicknamed "the standard."

For packaging folks, the big news is that, under the standard, "bioengineered food" does not include incidental additives such as packaging materials, provided they are, as per the traditional requirement for incidental additives, present at an insignificant level and have no technical or functional effect on the food.

Companies should plan ahead and just make sure that whatever you put into commerce after January 1, 2022 complies. There’s no specific deadline for how long foods that entered commerce before that date can remain in retail settings.

Food manufacturers, importers, and even retailers if they label food for retail sale are the "regulated entities" who must comply with the new requirements. Regulated entities have to keep records to “demonstrate compliance with the disclosure requirements.” Restaurants and other retail food establishments aren’t required to comply with them, though they could do so voluntarily if they want.

Bioengineered foods and foods with bioengineered ingredients have to feature the disclosure, meaning foods “that contain detectable genetic material that has been modified through in vitro recombinant [DNA] techniques and for which the modification could not otherwise be obtained through conventional breeding or found in nature.”

How do you figure out if your food is or isn’t bioengineered? Via records showing (1) a food is sourced from a non-bioengineered crop, or (2) that it’s “been subjected to a refinement process that has been validated to render modified genetic material undetectable,” or (3) by testing it and maintaining testing records. Simple!

Easing the pain is that the USDA gives marketers a head-start on figuring out what foods might be bioengineered. They published a list, and will update it annually, of foods that have been OK’d for commercial production somewhere and therefore might require disclosures and the related recordkeeping requirements.

As you can see, only specific varieties of some foods are on the list. Note, though, that this list isn’t exhaustive—you’ll have to disclose the bioengineered-ness of any other food or ingredient that’s bioengineered, too.

Note: If your food or ingredient is highly refined so no detectable modified genetic material is present, then you don’t have to make the disclosure. Foods like sugar and corn, canola or soybeans might well be highly refined and thus exempt, and there are estimates that this exemption would represent over 75% of food products.

Food that’s certified "organic" under the National Organic Program is exempt from disclosure, too.

Hey, can you mention on labels that your food isn’t bioengineered? Well, the Food and Drug Administration not only says that’s OK, but encourages manufacturers to include accurate label statements such as "not bioengineered" or "we do not use ingredients that were produced using modern biotechnology." FDA would prefer that you use terms like "bioengineered" but won’t take action against you if you use the more traditional but less accurate term "GMO" in your claim. FDA discourages claiming food is "free" of GMOs or the like. Freedom, goes the old song, is just another word for defendant in a class action lawsuit alleging misleading claims.

The new law preempts any different state laws, but it could lead to lots of expensive state-level activity. While it doesn’t give USDA powers to impose fines or order recalls, it allows USDA to investigate complaints about violations and it will publicize its findings once they are finalized. Also, states can ‘adopt identical requirements’ to those of the standard and ‘may impose remedies for violations of their standards, such as monetary damages and injunctive relief.’

When you’re ready to tackle the standard for your company, you can start by looking for more information at pwgo.to/5117.

Hear Eric Greenberg’s podcast of this month’s column at pwgo.to/5124 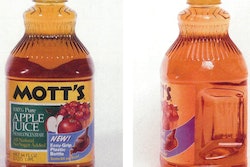 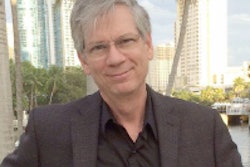 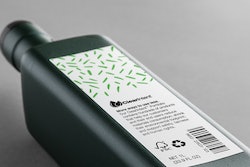